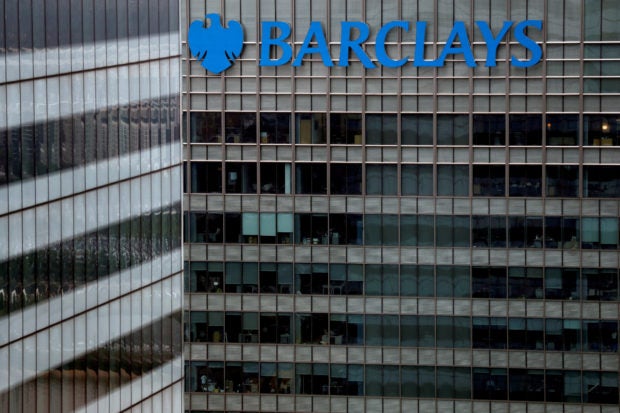 LONDON/FRANKFURT  – Barclays joined a host of European banks feeling the pinch of a U.S. regulatory probe into breaches related to the use of messaging apps such as Whatsapp, setting aside $200 million to cover the costs in half-year results on Thursday.

U.S. regulators have been cracking down on the use of personal communications platforms by bank staff to discuss potentially market-moving matters with clients, with the issue gaining urgency since the COVID-19 pandemic led to more bankers working from home.

Regulators require finance companies to keep a record of vast swathes of staff communications to deter and uncover infringements such as insider trading.

Barclays, Credit Suisse, Deutsche Bank and asset manager DWS have all laid out potential charges arising from the probe this week, while UBS has said it is being investigated.

They follow Wall Street giants Bank of America, Morgan Stanley and Citigroup, which have also all set aside cash to cover expected fines. JPMorgan Securities was fined $200 million for “widespread” failures in December.

While U.S. regulators have led the way in scrutinizing bankers’ use of unauthorized communications channels, others have signaled they intend to keep an eye on bankers working remotely. Britain’s Financial Conduct Authority reminded firms in guidance on home working published in October that it could visit finance staff at home if required.

British bank Barclays said it had reached an agreement in principle with the Securities and Exchange Commission (SEC) and the Commodity Futures Trading Commission (CFTC) this month to resolve the matter, with the final penalties expected to be $200 million between them and paid in the third quarter.

Switzerland’s Credit Suisse on Wednesday booked a provision of $200 million for the matter, while cross-town rival UBS Group said US regulators were looking into whether it properly documented communications among staff.

In Germany, Deutsche Bank on Wednesday announced 165 million euros in additional provisions for “regulatory enforcement”. It said some of that was for the U.S. SEC and CFTC messaging investigations. The bank declined to say exactly how much.

DWS, the German asset manager mostly owned by Deutsche, disclosed on Wednesday that it made a provision of 12 million euros ($12.23 million).

Deutsche Bank earlier this year said that it was investigating the messaging and email use of Asoka Woehrmann, the DWS CEO at the time.

Woehrmann, who in January told analysts “I emphatically reject all these allegations”, stepped down in June after raids by prosecutors over the allegations that the fund misled investors over its green credentials.

Last year, Reuters reported that the SEC was looking into whether Wall Street banks have been adequately documenting employees’ work-related communications, such as text messages and emails.

Tim Flannery farewells scientist James Lovelock, who has returned to Gaia at 103