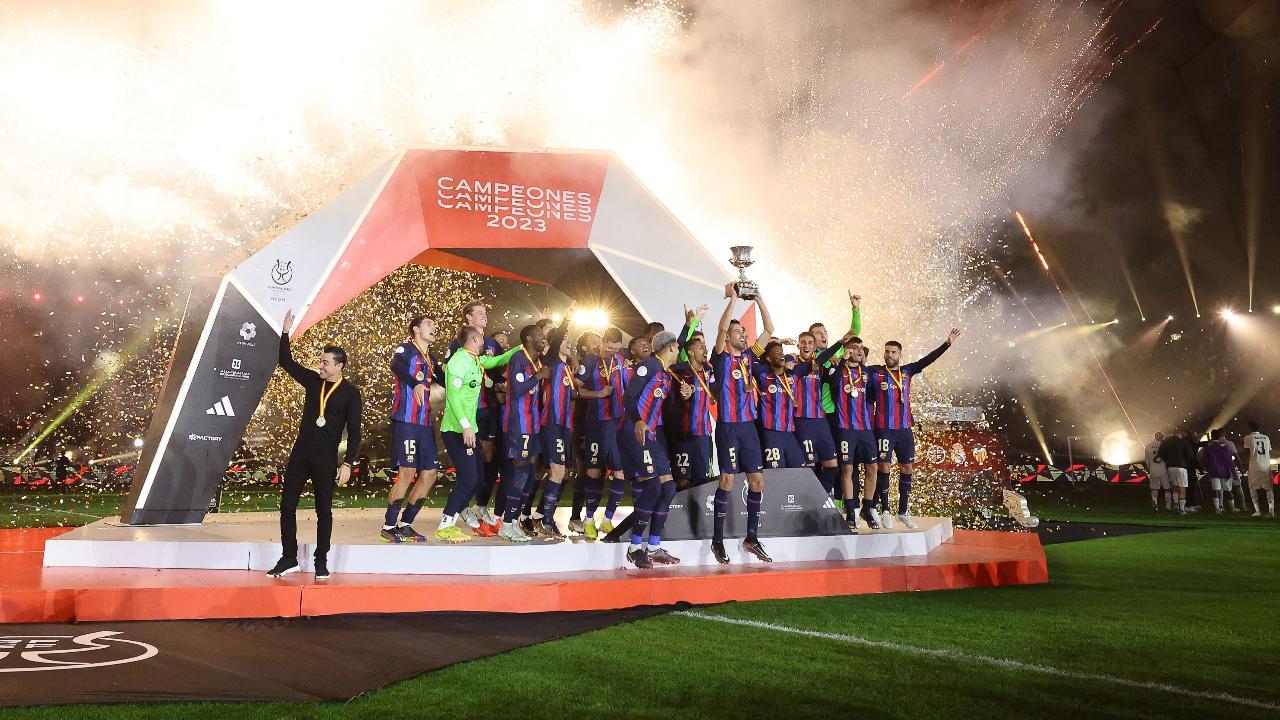 Barcelona defeated Real Madrid 3-1 on Sunday in Saudi Arabia to win the Spanish Super Cup, with goals from Gavi, Robert Lewandowski, and Pedri handing them the victory over bitter rivals.

It almost seemed too simple. Antonio Rudiger mishandled the ball. Robert Lewandowski received it from Pedri, who subsequently gave it to an unidentified Gavi. The midfielder calmly put the ball into the far corner to give his team a 1-0 lead. His goal was the first of three skillful plays that helped Barcelona defeat a sluggish Real Madrid team and give Xavi his first championship as manager.

Early on, Barcelona had a chance, but Lewandowski`s strike was deflected onto the post by a stretched-out Courtois. It was also a portent of things to come. After Rudiger`s error, Gavi finished a nice move to score the game`s first goal.

Gavi raced forward and squared for Lewandowski, who made no mistake from five yards out.

Halfway through the second half, the Blaugrana scored their third goal, with Gavi once more contributing. He dashed down the left and spotted Pedri running toward the back post, who was already jubilant before the ball was sent into the goal.

But despite how much the Blaugrana was pleased, Madrid put on a terrible performance. The first significant Los Blancos opportunity didn`t come until Karim Benzema scored off a fortunate rebound inside the six-yard area in the 92nd minute.

His effort was the only hiccup in Barca`s otherwise overwhelming display. Although they now possess the first domestic prize of the year, the outcome has considerably greater significance.

Worried About Dark Circles? Apply Banana Aloe Vera Mask To Get Rid Of Them