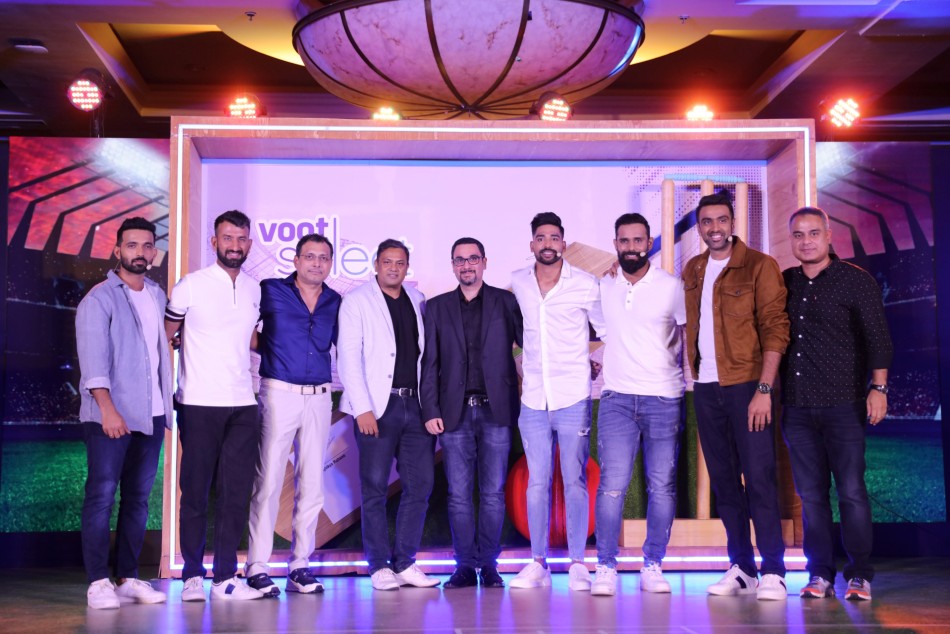 A spirited band of young Indian cricketers did the unthinkable under the leadership of Ajinkya Rahane as they won the series 2-1, despite being pushed against the walls in the opening Test at Adelaide Oval. The horror of 36-all out in Adelaide was left behind as Team India went on to win the Boxing Day Test in Melbourne, drew the match in Sydney and breached fortress Gabba by pulling off a sensational run chase.

To celebrate one of Team India’s epic overseas series victories, Boot Room Sports has created a documentary titled ‘Bandon Mein Tha Dum‘. The four-part documentary which is being streamed on ‘Voot Select’ from June 16 brought the dressing room stories and first-hand experience of the players and commentators, who were involved in the series.

Founded in 2016 – along with Neeraj Pandey and Shital Bhatia, both filmmakers and owners of content companies: Friday Filmworks (films), and Friday Storytellers (digital) – Boot Room is completely focused on deepening fan engagement in sports across India.

In an interview with MyKhel, the founder of Boot Room Sports, Sudip Tewari, revealed why they decided to retell this story and his future plans.

Here are the excerpts:

MyKhel: What was the reason to choose to tell the story of this series ‘Bandon Mein Tha Dum’ and why should a viewer not miss watching this?

Sudip Tewari: This particular series between India and Australia is not only based on one of the most remarkable victories in the history of Test cricket but is also one of the top 10 comebacks of the Indian team. The series was fought with blood, brain, and brawn and it culminated in India defeating the world’s no. 1 Test team at their hallowed home turf of Gabba, where they hadn’t lost a single Test match in 32 years. The Indian team displayed exceptionally high-quality cricket while simultaneously redefining the concept of hard work, perseverance, determination, and commitment, setting the highest standards of sportsmanship while breathing new life into the dying format of Test cricket.

MK: What are the challenges and learnings in making biopics and documentaries to bring stories on sports personalities as it is fact-based content?

ST: Sports storytelling is unique, it requires single-minded dedication and a specific set of skills because it is intricate in its requirements of telling the story authentically and realistically, whether it is a biopic or a documentary. It requires the deft mix of a powerful script, all the relevant footage with VFX, in-depth research, and detailed interviews while never losing focus on a central premise around which the narrative is built. The story has to be then bound together on edit, by combining relevant background score, voiceovers, text & sound effects, pictures & graphics etc., in a coherent manner. We are therefore continuing to build on our resourcefulness and bandwidth to do justice to this particular genre. And since we are sports dedicated as a media company, it gives us the right focus to find the right talent and keep working together in improving our craft.

MK: What is the vision of Boot Room Sports’ vision, the content slate, and the various sports it wants to explore in future?

Bootroom Sports is a non-live sports media company solely focussed on consumer and fan engagement in sports. The objective of the company is to help the evolution of the sporting ecosystem in our country. While a lot of work has happened over many years to help promote sports in our country, India has never truly been a sporting nation. There is no strong culture for sports and it is still not an integral part of our daily life, education and health ecosystems. Our endeavour is to keep sports on the front page, keep it a part of the mainstream, become the leading independent voice of sports in our country and help change tastes, attitudes and preferences towards sports and ultimately help in creating demand for sports in any form – as a career, as a lifestyle choice, as content, as a tool to build communities or as a physical experience. To summarize, we are probably the only company in India who are trying not to push sports down the throat of the Indian consumer but to create pull for it.

The company will have three business units – content, platform and experiences, each of which is going to be launched in phases starting with the content phase in 2022.

MK: Do filmmakers need to rope in a known personality for a biopic to succeed?

ST: No. Sports stories need to be particularly realistic and authentic. Therefore the right talent which fits the need of the story, can look the part, and can actually play the sport, has to be among the most important reasons for selecting a personality. We are unbiased and very clear in this regard.

‘the Summer I Turned Pretty’ Details You Missed on Show + Photos

This Martine Rose Nike Collaboration Pays Homage to the…