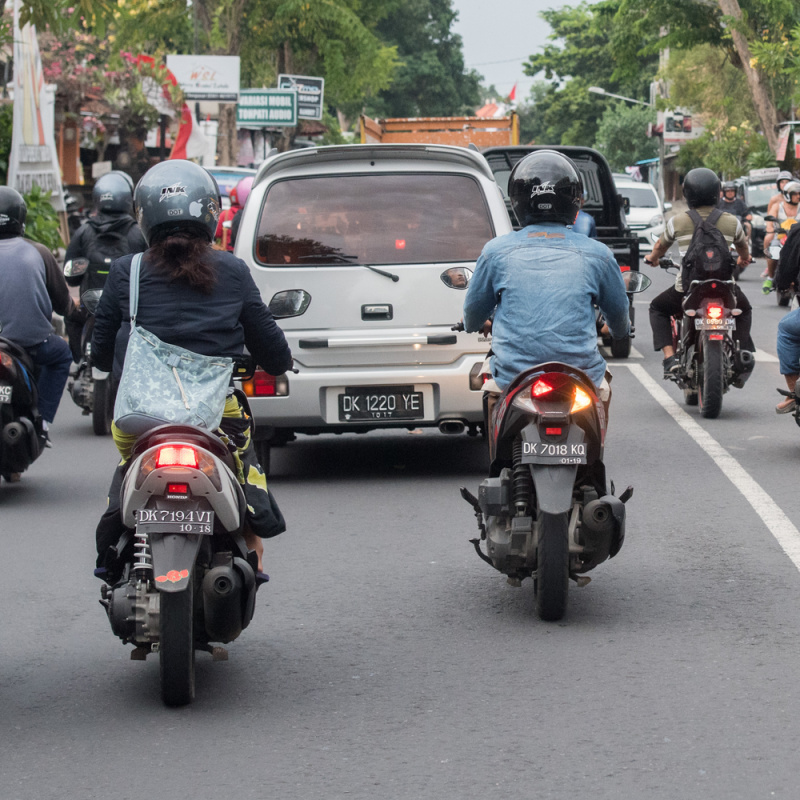 Bali is working to improve road safety across the island, as well as improve transportation infrastructure. From building a new toll road to installing electric car charging points ahead of the G20 summit, from awareness campaigns around the dangers of drunk driving to the police’s latest announcement of a ban on smoking while driving.

A high percentage of the Indonesian population are smokers, compared to many countries in Europe, Australia, and the USA. Figures suggest that 34% of Indonesia’s population, approximately 57 million people are smokers. The vast majority of smokers in Indonesia are men, making up a total of 63% of the total population. Police in Bali has announced a ban on smoking while driving any vehicle in a bid to help improve concentration and make Bali’s roads a little safer.

Head of the Buleleng Police, AKBP Andrian Pramudianto, released a statement confirming that smoking while driving in Bali is now classed as a traffic violation. The ban is regulated by the Road Transport Traffic Act (LLAJ) and the Minister of Transportation Regulation Number 12 of 2019 concerning the Protection of the Safety of Motorcycle Users Used for the Interest of the Community.

The ban is being enforced hard from the outset. Pramundianto said that if drivers are caught smoking while driving they could face up to 3-months in prison or a maximum fine of IDR 750,000 (USD 50). This ban applies to all road users in Bali, local and international.

While explaining the reasoning behind the ban Pramundianto acknowledged that it’s not the cigarette itself that impairs a driver’s capacity to be safe, but rather the distraction of lighting and smoking and that the ash and smoke could cause issues too. He explained ‘The ash can fly and then hit the eye. It could trigger an accident. Especially those driving behind it. That’s one reason that explains why you shouldn’t smoke while driving’.

It remains to be seen the influence the ban will have on road safety overall, or how it will be received by local communities. Many will feel that any effort to improve road safety on the island is a good thing, while acknowledging that many different approaches need to be put in place together to improve conditions.

This news comes in the same week as a British couple was involved in a serious bike accident in Kerobokan. Alexander Hoyle and Joella Grace Senior from the UK collided with another moped and rolled underneath an on-coming car.

The pair were taken to BIMC Hospital after losing consciousness on impact and receiving serious injuries. Hoyle broke his leg and Senior experienced serious abrasions to her hands and arms. Since the beginning of 2022, five foreigners have died on the roads in the Canggu area alone. This has led to police in the area putting up banners written in English to remind visitors to wear a helmet and to never drink and drive.

There are dozens of small motor accidents every day across Bali, but as the island continues to open up after two years of the pandemic, local traffic police are keen for a fresh start. As more people move around the island, traffic increases, and as traffic increases so does the risk of an accident or collision occurring.

As Bali prepares for the G20 Summit, which will see heads of state and industry leaders from around the world arrive in Bali, authorities are investing in renovating transportation infrastructure which will create a lasting legacy for the people of Bali too.

This includes a new toll road and new toll payment systems, and the introduction of facilities for electric cars which will be used for the G20 delegations. The electric cars will remain in use in Bali long after the summit has ended and the Indonesian government is hopeful that this will kick start the green transportation economy on the island.

Meet Charles Smith II, the Dallas Designer Taking Fashion to the Dark Side

“…Only Makes You A Mega Loser”

‘Oppenheimer’ Star Says ‘Barbie’ Isn’t the Only Movie to…