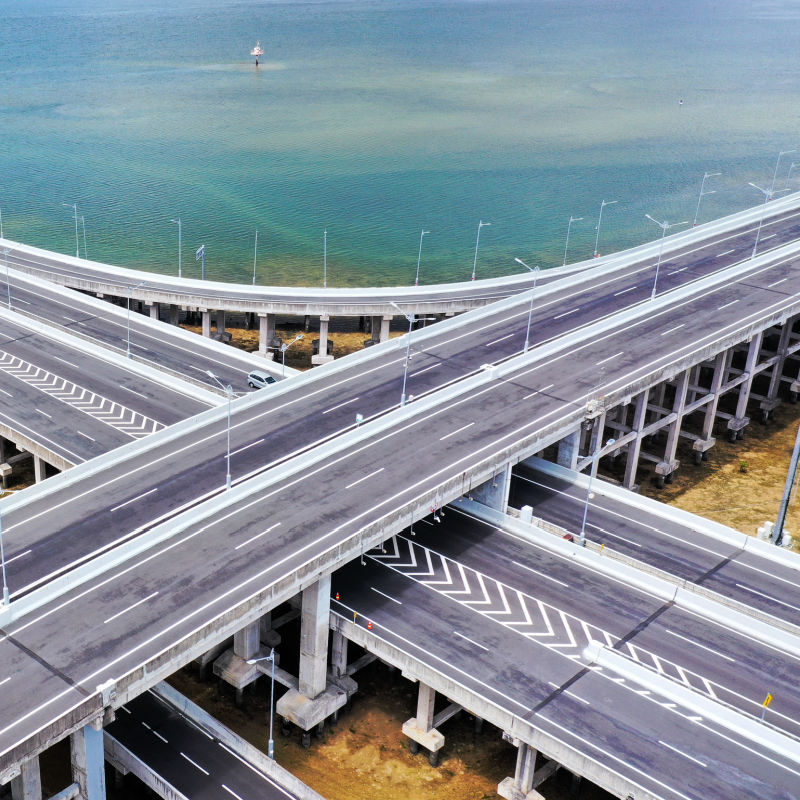 Bali Government officials held a press event on Saturday, 10th September, celebrating the official start of the Jagat Kerthi Bali Toll Road construction. The road will connect Gilimanuk-Mengwi and is set to be built in record time. The project was planned to start in June 2022, and officials marked the beginning of construction this weekend.

Governor Wayan Koster was joined by officials from the department of transport and the Minister of Public Works and Housing (PUPR) Basuki Hadimuljono. The road will run for over 90km and increase connectivity within the Province of Bali.

The Jagat Kerthi Bali Toll Road construction was listed on the national strategic projects list in 2021 and survived the cuts ordered by President Joko Widodo earlier in the year. President Widodo axed several big development projects from the list, including North Bali Airport, citing that insufficient progress had been made.

Minister Hadimuljono told the press on Saturday that he has set a strict timeline in place for the project. ‘I ask for the 96.21-kilometer toll road to be completed immediately because this is a necessity for the community so that it can be completed by 2025’.

During the press conference, Governor Koster publicly addressed the project’s chief executive, Tito Sulistyo. He said he expects hard graft from everyone involved to complete the infrastructure needed to connect the three regencies. The Jagat Kerthi Bali Toll Road runs from Gilimanuk-Mengwi and will traverse three regencies; Jembrana, Tabanan, and Badung. The project is estimated to cost IDR 24 trillion and has been designed for efficiency while avoiding holy sites.

Governor Koster said, ‘I have given directions to all officials not to play around in this work process, especially officials in the Jembrana, Tabanan, and Badung regencies. Regents, sub-district heads, village heads, and customary village chiefs must work focused, sincere, and straight so that this process can be carried out smoothly and receive the blessing of the universe’.

The road will pass through 13 sub-districts and 58 villages; the infrastructure development will undoubtedly cause upheaval and disturbances for the community, least not during the construction period. Communities, local government, and construction contractors will have to cooperate for many months to come.

Governor Koster continued to say ‘The positive impact of increasing development investment, increasing employment opportunities, efficiency in logistics travel time will be able to trigger the emergence of new destinations and the growth of new economic centers, and balance development between regions in Bali,’

Speaking in March 2022, the head of the regulatory agency for Indonesia’s toll roads, Danang Parikesit, told reports a rough plan for the developmental stages of the Jagat Kerthi Bali Toll Road’s construction. He said ‘Section 1 will contact Gilimanuk and Petutatan with a length of 54.7km, section 2 will be 23.17km and connect Petutatan with Soka, finally section 2 will be 18.9km and connect Soka and Mengwi’.

The toll road will provide access for public transportation, cars, and trucks. The road will incorporate lanes for mopeds and even bicycles. It is hoped that the road will cut travel time from Gilimanuk to Mengwi to one hour, to an hour and a half depending on the vehicle.

The construction of the Jagat Kerthi Bali Toll Road is the first of many huge strides Bali intends to take in terms of infrastructural developments. Last week the Head of the Bali Provincial Transportation Service, IGW Samsi Gunarta, announced that his teams are conducting a feasibility study on the potential development of an electric train network.

The train line would run from I Gusti Ngurah Rai International Airport to central Seminyak. Plans shared by Gunarta showed that the tramline would also stop at Central Parking, Renon, Sanur, and Benoa’.

The project will require, in Gunarta’s words, ‘big money’.  It is hoped that should the project go ahead, it would be a complementary development to investments like the Jagat Kerthi Bali Toll Road.

VW shows ID.4 and ID.5 concepts for the street and beyond