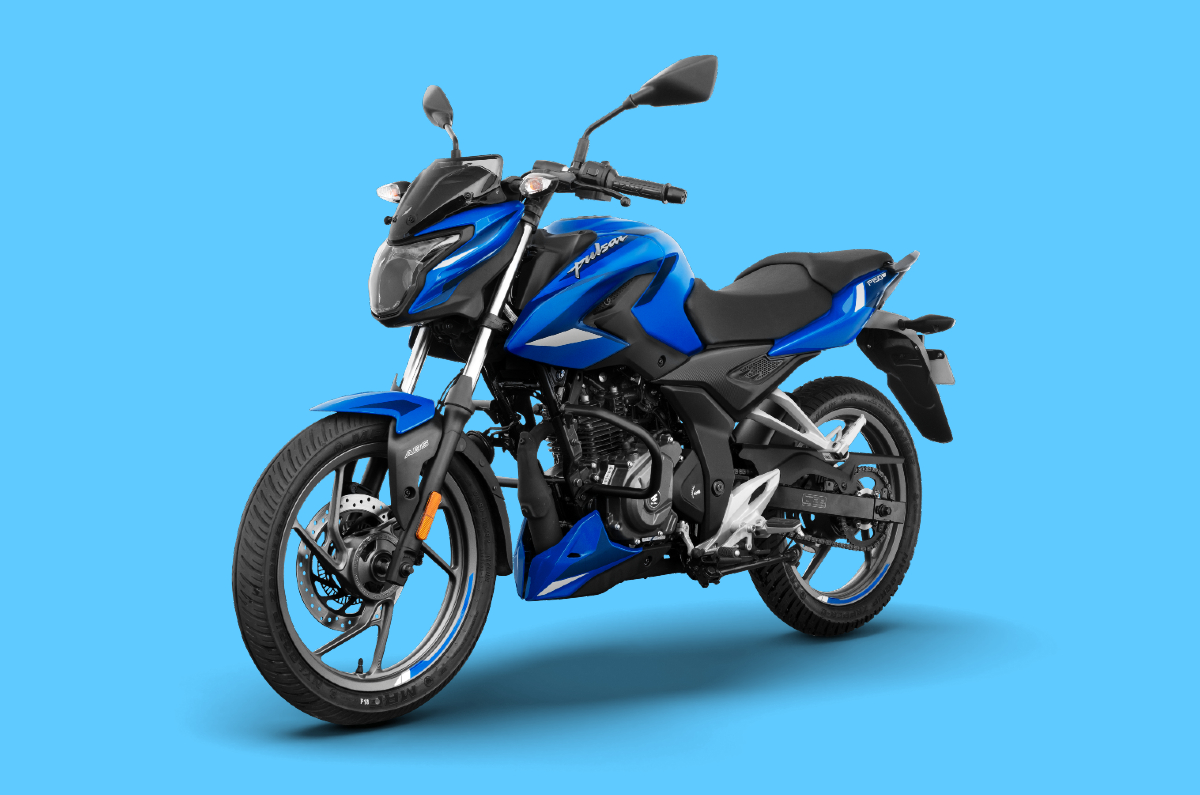 Picking up where the current Pulsar 150 stands, the new P150 offers a little more power and torque, significant weight savings and fresh styling.

Bajaj is rounding out the year with the launch of yet another new Pulsar model, and this time, it’s the Pulsar 150 that has received a successor, in the form of the newly launched Pulsar P150. Here’s everything you need to know about the new bike.

Despite the similarity in displacement figures, Bajaj says that the P150’s 149.68cc single-cylinder motor is all new compared to the 149.5cc motor in the current Pulsar 150. Power and torque figures have gone up, but by a massive amount – 0.5hp and 0.25Nm. But Bajaj says that it has concentrated on making the bulk of the torque available throughout the usable rev range, by offering a flat torque curve.

There should be a marked improvement in performance with the new P150, though, because despite the largely unchanged engine output levels, this new bike is significantly lighter. Variant-for-variant, the Pulsar P150 is 10kg lighter than the current Pulsar 150, tipping the scales at 140kg (kerb).

It’s not hard to tell which is the newer of the pair when you see the two 150cc Pulsars side-by-side. The P150 features noticeably more sharp and modern styling, with a face that resembles the recent Pulsar N250 and N160. Characterised by an LED projector headlight, the overall look is quite crisp and sporty, with aggressive tank extensions and a neat-looking underbelly exhaust exit (the current Pulsar 150 gets a side-slung end-can).

Aside from the LED headlight, another area with a big update is instrumentation, with this P150 getting the new semi-digital infinity display seen on the other recent new Pulsars. Highlights here are a gear position indicator and a distance-to-empty readout. Other features include a side-stand engine cut-off and a USB charging port.

The Pulsar P150 is offered in two variants: single disc and twin disc. The differences are more extensive than the names might have you believe, because the single disc version (which features a 130mm rear drum brake) also gets a single-piece seat, while the twin disc version (with a 230mm rear disc) gets a slightly more aggressive stance, with split seats. In addition to this, the twin disc version also gets slightly chunkier tyres at both ends. Both variants get single-channel ABS and a 260mm front disc brake.