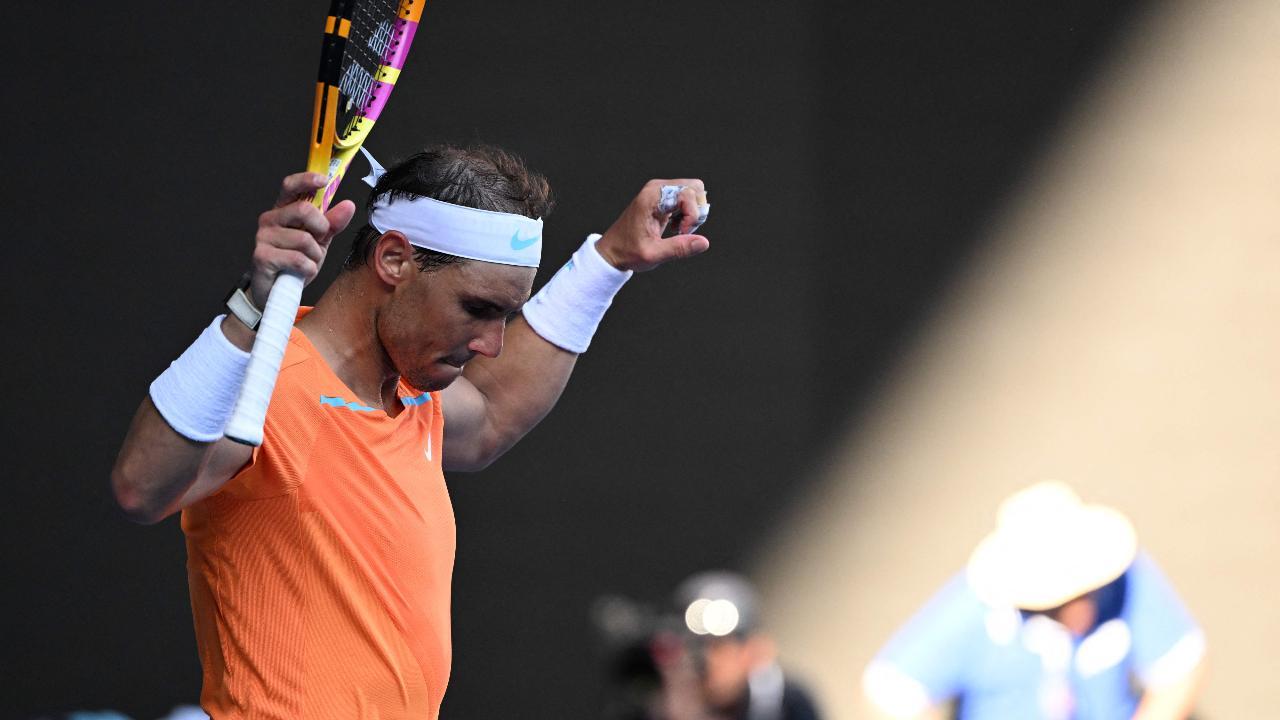 The Spaniard delivered in the crucial moments to secure a 7-5, 2-6, 6-4, 6-1 victory against 21-year-old debutante Jack Draper to reach the second round for the 17th time.

In a match with only left-handed players, Nadal won sets one and three with crucial, late breaks to make up for Draper`s nearly 6-0 second-set lead. The Briton faced up against Nadal and outplayed him for periods of time before succumbing to the Spaniard`s constant pressure.

Draper started to experience cramps and needed treatment during multiple changeovers as the Spaniard regained control of the match in the third set, locating his forehand from all parts of the court.

Early in the fourth set, both men played some of their finest tennis, with Draper collecting his fourth break to take the lead. But as Draper`s health difficulties grew worse, Nadal won the final six games.

The inaugural ATP Head2Head encounter between the two players was briefly stopped early on by rain, and the play on the court seemed to reflect the match`s stop-start nature as each player took turns controlling from the baseline. Draper quickly built a 4-0 lead in the second set thanks to his powerful forehand after barely losing the first set.

As Draper rallied from a set down to tie the third set, the outcome of the match was in doubt; however, Nadal did just enough to hold his opponent at bay and end any chance of an upset; the fourth set was never in doubt.