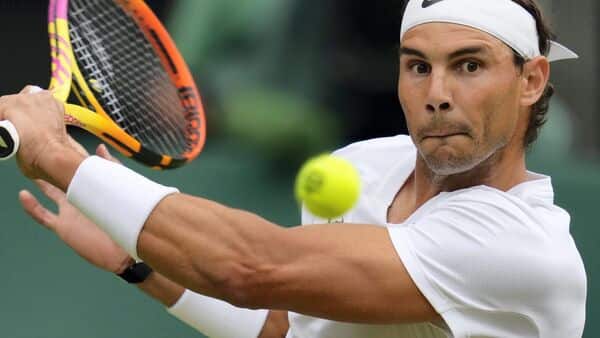 Melbourne [Australia], January 18 (ANI): Mackenzie McDonald upset a hobbled Rafael Nadal on Wednesday in the second round of the ongoing Australian Open, eliminating the top seed here at Rod Laver Arena on Wednesday.

Nadal pulled up in pain with what appeared to be an upper left leg injury at 4-3 in the second set as he moved to his left to pursue a forehand on the opening point of the game. At 5-3, the defending champion and a physio exited the court for a medical break.

The 22-time Grand Slam champion persevered, but it was obvious that the Spaniard’s physical condition had declined as the match went on. Since losing to fellow countryman Fernando Verdasco in the first round of the 2016 Australian Open in five sets, this is Nadal’s quickest elimination from a major.

In the course of the match, McDonald would go on to break Nadal’s serve five times, winning the last break at 5-5 in the third set. The American passed Nadal, whose movement had been restricted, with a shovelled backhand passing shot up the line.

However, prior to getting hurt, McDonald exhibited no apprehension about the situation inside Rod Laver Arena. In baseline rallies against the Spaniard, the Californian, who is mentored by former World No. 15 Robby Ginepri, was at ease.

Nadal’s forehand wasn’t avoided by McDonald, as the lefty struggled to regularly put the World No. 65 on the back foot. The American recorded his highest career victory by hitting 42 winners compared to just 22 unforced errors.

“I’m really happy with how I started that match. I thought I was playing really well, serving great, returning well too. I was really taking it to him,” ATP.com quoted McDonald as saying.

“It was actually pretty tough to stay mentally engaged a little bit there, but I found a way to just pull it out, so I’m happy. He’s an incredible champion. He’s never going to give up, regardless of the situation. Closing it out against a top guy like that is always tough,” McDonald said.

McDonald, who reached the fourth round at the Australian Open in 2021, has now advanced to the third round for the second time.

Denial of responsibility! My droll is an automatic aggregator of the all world’s media. In each content, the hyperlink to the primary source is specified. All trademarks belong to their rightful owners, all materials to their authors. If you are the owner of the content and do not want us to publish your materials, please contact us by email – [email protected]. The content will be deleted within 24 hours.
Australian OpenMackenzie McDonaldrafael nadal
0
Share

Voices heard on gender identity issue at KHSD board meeting…