Audi Has A Shocking Plan For This Electric Car Concept 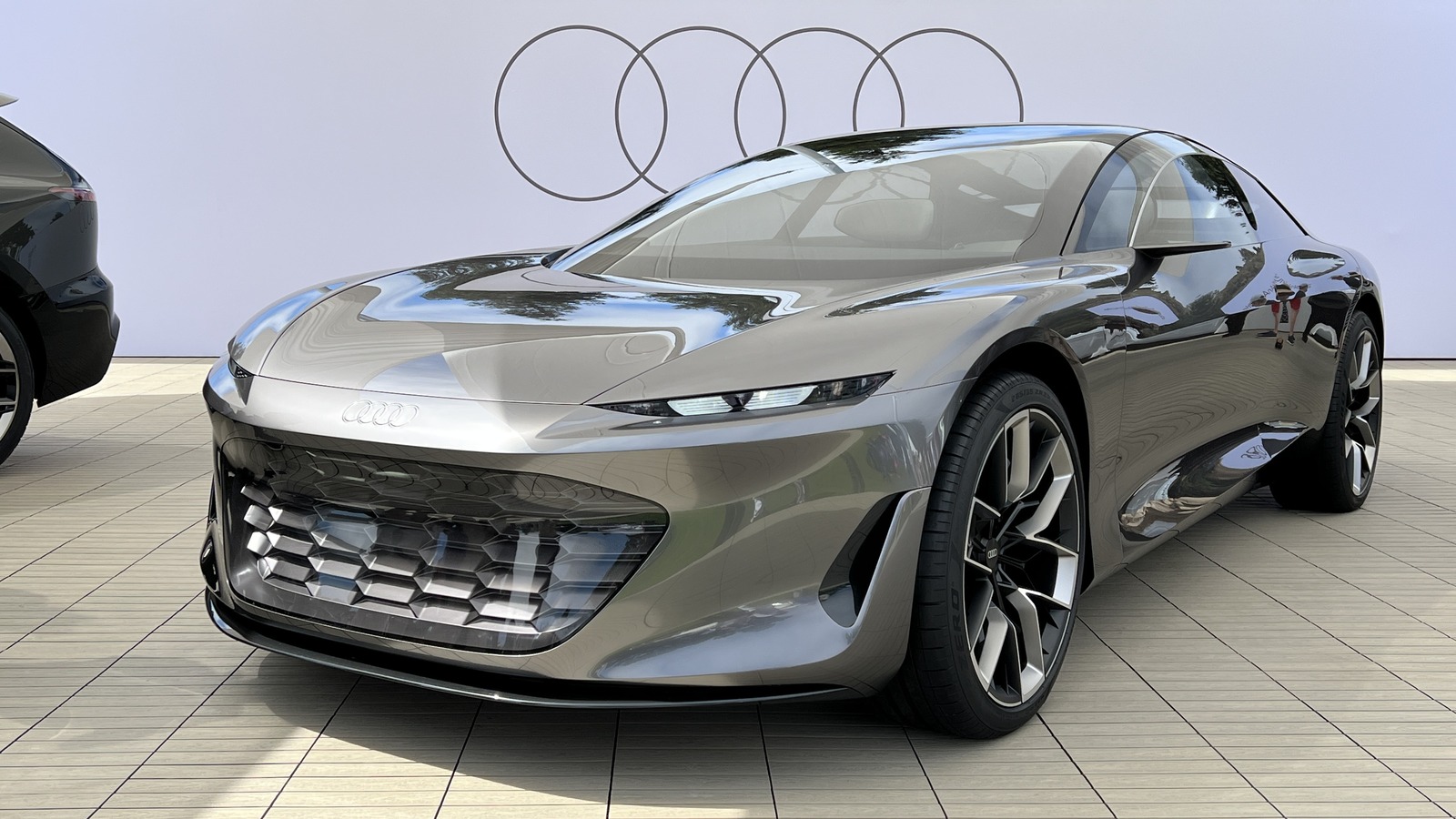 The gauges aren’t the only things missing: so, too, is the steering wheel. The Grandsphere does have one, it just folds away behind a wooden panel when the concept is in autonomous driving mode. Switch to manual mode, and it arches out on a cantilevered arm, the wheel unfurling upright while a minimalistic display built into its frame shows a few key metrics. Because the concept is built on the idea of drive-by-wire, where there’s no mechanical connection between turning the steering wheel and the front wheels pivoting left or right (or, for that matter, the actions of the brakes or accelerator), the designers were liberated from such mundanities as a steering column.

Here, Audi is even more aggressive in its promises. The production version of the Grandsphere will be capable of self-driving, the automaker says, though whether that’s the case at launch remains to be seen. Technologically, the handiwork for a Level 4 autonomous car — that is, a vehicle that can drive itself without human supervision — is all there, Audi promises. What’s holding deployment back is everything else around it, from liability for crashes when vehicles are in driverless mode, to legislation in different countries and regions about the legality of handing control over to the computer.

It’s possible, then, that the production Grandsphere (whatever that ends up being called) will support driverless operation in theory, but require a software update down the line to enable it. Perhaps first on certain stretches of road, like highways, which might be easier to control than a self-driving free-for-all. That’s the theory, anyway. As we’ve seen before, the broader challenges of safe autonomous operation can stymie even the best of intentions