At Raju Srivastava’s Funeral, Sunil Pal Gets Asked For A Selfie By A Fan! The Comedian Left In Shock, Here’s How He Reacted 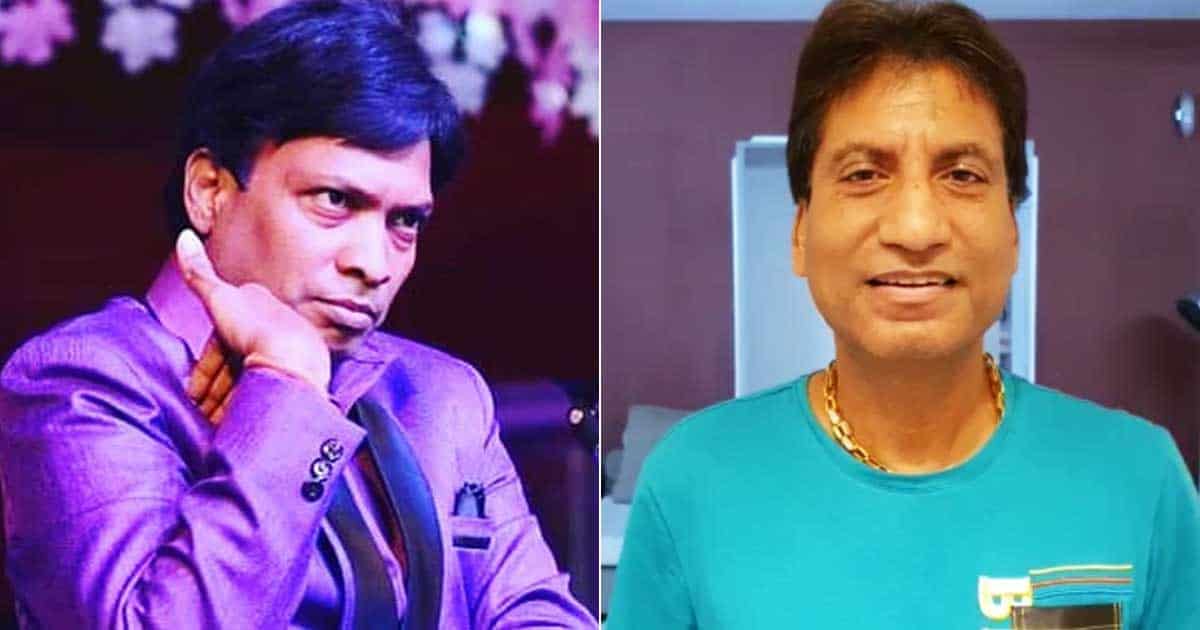 Renowned comedian Raju Srivastava passed away on September 21 after battling for life for nearly 40-days in the ICU at the All India Institute of Medical Sciences (AIIMS), Delhi. As his funeral services were performed today, the comedian’s family and friends including fellow comedian Sunil Pal and Ahsaan Qureshi were in attendance.

The 58-year-old comedian was cremated in Delhi’s Nigambodh Ghat where eminent personalities from political and literary backgrounds are also present at the funeral. Pictures and videos from the funeral are now going viral on social media as netizens too are mourning the loss.

As comedian Sunil Pal was grieving the demise of his friend Raju Srivastava, a fan came up to him and asked for a selfie. The comedian was shocked by the fan’s behaviour at the venue. One of the persons with Sunil Pal asked the fan to leave and let the friends and family grieve peacefully. The final rites of Raju Srivastava have begun and a sea of a crowd gathered to catch that one last glimpse of the comedian before being laid to rest.

Watch the video obtained by Pinkvilla below:

Popular comedian Raju Srivastava not only did stand-up shows throughout the country, but he also appeared in several comedy shows like The Great Indian Laughter Challenge, Comedy Circus, The Kapil Sharma Show, and many others. Apart from this, he also acted in films like Maine Pyaar Kiya, Tezaab, and Baazigar and gave some impactful roles.

Raju, who was also an integral part of Uttar Pradesh’s film federation, worked day in and out to build Filmcity in the state. Now he is survived by his wife Shikha, son Ayushman and daughter Antara.

At Raju Srivastava’s Funeral, Sunil Pal Gets Asked For…