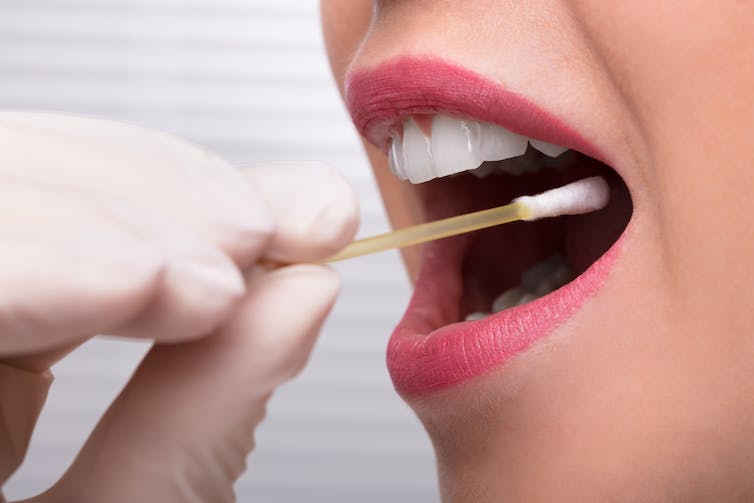 The field of genomic science is rapidly advancing, with commercial genetic tests becoming affordable and popular.

Taking these tests is simple. The company sends you a collection kit. You send it back with a saliva sample or cheek swab. The sample is sequenced and analysed, and before long you have your results.

However, upon a closer look you’ll find commercial genetic tests come with several hidden risks, and consumers often don’t understand what they’re signing up for. Here are some important factors to consider if you’re thinking of getting one.

The most common personal genomics tests are ancestry tests, offered by companies including Ancestry, 23andMe, FamilyTreeDNA and MyHeritage.

Ancestry tests are marketed as a way to explore your ancestral origins. But since different companies use different methods, and even different “ethnicity” categorisations, you may get inconsistent results. For example, Kristen V. Brown wrote for Gizmodo about how her saliva sample produced three different results from AncestryDNA, 23andMe and National Geographic.

In another example, a 2019 CBC Marketplace experiment involved sending the DNA of identical twins to five different companies. Each company returned surprisingly different results. Mark Gerstein, a Yale University bioinformatics expert, suspected the differences came down to different algorithms being used to process the raw data.

The industry also offers tests for a variety of health conditions. A test may claim to provide you with predictions of your risk of developing breast cancer or Alzheimer’s. Carrier tests indicate whether you’re likely to pass on a particular condition to your child.

But users can get contradictory results here too. One company might indicate you’re at a heightened risk of colon cancer, while another might say you have reduced risk. Not to mention genes are only one factor in most complex diseases.

In an investigation by the US Government Accountability Office, tests from four companies delivered highly varied results. The report concluded:

The test results we received are misleading and of little or no practical use to consumers. […] The experts we spoke with agreed that the companies’ claims and test results are both ambiguous and misleading.

Another type of test is a “talent test”, which purports to tell parents whether their child will have a high IQ, or excel in certain activities such as music or sport. These tests aren’t validated – and for many talents there’s no strong evidence genes play a key role in their development.

Regarding talent tests for “sporting ability,” a consensus statement published in the British Medical Journal of Sports Medicine said:

[…] the consensus is that the predictive value of such tests in the context of training responses or talent identification in sport is virtually zero.

Yet talent tests are growing in popularity, especially in China. What’s particularly concerning is these tests may promote ideas of genetic determinism – a flawed theory that suggests genes are the only reason we have certain abilities.

So-called “infidelity” tests are also highly problematic. With these, users can discreetly send in DNA samples of other people without their consent to supposedly find out whether their partner might be cheating.

Apart from being unethical and illegal in many countries (including Australia), the samples sent in would likely be taken from objects such as bed sheets or wine glasses, and are unlikely to be reliable.

Inaccurate results are just the start of the problem

Once your genetic data are in the hands of a company – with most market leaders based in the US – there’s a good chance they will stay there indefinitely. And unlike a bank PIN, you can’t just change your genetic code if something goes wrong.

Since we share a lot of our DNA with our relatives, disclosing our genomic data can create privacy risks for relatives, too. One 2018 study found many US citizens of European descent could be identified if their third cousin or closer had their DNA on an open-access or commercial database.

Then there’s the risk of data breaches at DNA testing companies. AncestryDNA, MyHeritage and the genetic genealogy site GedMatch have already been afflicted by such attacks.

Genetic information can also be used in criminal investigations, which means your data could be shared with law enforcement agencies. FamilyTreeDNA has shared data with the FBI in the past. Data can also be shared with immigration authorities and other government entities that may use your (or your relative’s) data against you.

Similarly, 23andMe has partnered with at least 14 pharmaceutical companies to research a range of diseases and develop new drugs. Through such partnerships, businesses benefit from consumers’ data without compensating them.

6 questions before clicking the purchase button

The lack of regulation in the personal genomics industry means it’s impossible to predict how your genetic data might be used. Before you buy a test, or if you know someone who plans to, consider these questions:

Read more:
Cousin took a DNA test? Courts could use it to argue you are more likely to commit crimes

Igor Shesterkin ‘ashamed’ of his play in latest Rangers loss

What to know about education savings accounts, the school…

Dozens of NYPD cops off the hook for misconduct during…