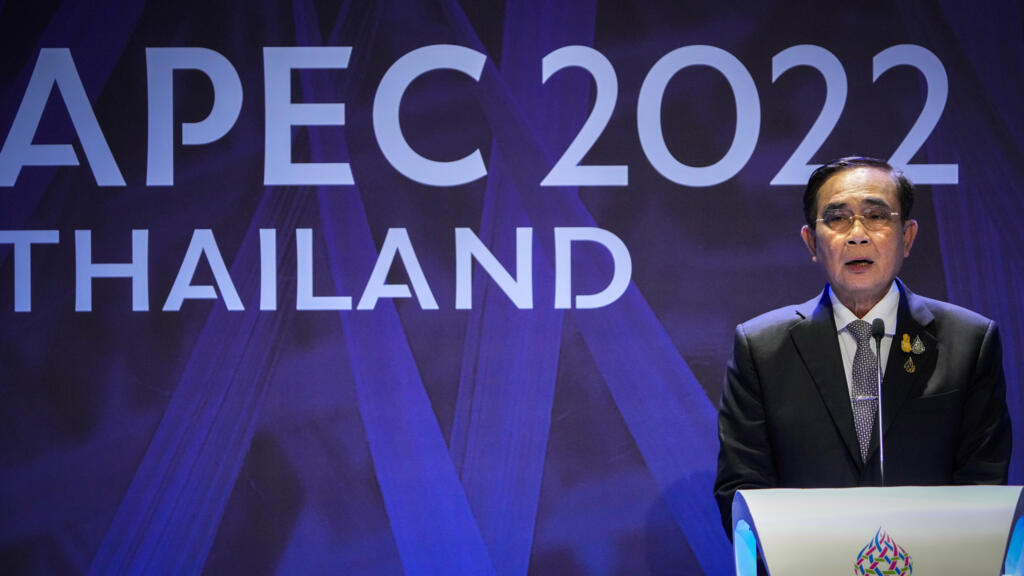 Leaders from around the Asia-Pacific called for an end to Russia’s war on Ukraine and pledged to steer the region’s economies toward sustainable growth as they wrapped up summit meetings Saturday.

Host Thailand garnered a diplomatic coup in managing to bridge divisions among the 21 members of the Asia-Pacific Economic Cooperation forum by saying that most members had condemned the war. Russia is an APEC member, as is China, which generally has refrained from criticizing Moscow.

The declaration issued by APEC leaders acknowledged differing views on the war and said the forum, which is devoted largely to promoting trade and closer economic ties, was not a venue for resolving such conflicts.

But it noted that the war and other security issues can “can have significant consequences for the global economy.”

It said most members had strongly condemned the war in Ukraine and stressed it is causing immense human suffering and worsening inflation, supply chain troubles, food insecurity and financial risks.

The statement echoed the wording of a March 2 United Nations General Assembly resolution that “deplores in the strongest terms the aggression by the Russian Federation against Ukraine and demands its complete and unconditional withdrawal from the territory of Ukraine.”

Thai Prime Minister Prayuth Chan-ocha opened Saturday’s meeting by urging the leaders to push ahead with APEC’s agenda of promoting free trade in the Pacific region.

“We have to give priority to turning this plan into action,” Prayuth said.

The meetings Saturday wrap up a flurry of leaders’ meetings in Southeast Asian countries this week. Much of the activity at such summits occurs on the sidelines and in the interludes before and after meetings begin.

The U.S. Vice President and leaders of Australia, Canada, Japan, New Zealand and South Korea met separately Friday to voice concerns about North Korea’s launch earlier in the day of an intercontinental ballistic missile that landed near Japan’s northern island of Hokkaido.

The summits over the past week gave leaders a chance for face-to-face encounters that have been rare in the past two years due to the pandemic.

Both at APEC in Thailand and at the G-20 meeting in Indonesia, officials appear to have chosen to agree to disagree about the war. In both Bangkok and Bali, countries that had refused to condemn the invasion refrained from blocking the release of statements harshly criticizing Moscow.

APEC members account for nearly four of every 10 people and almost half of world trade. Much of APEC’s work is technical and incremental, carried out by senior officials and ministers, covering areas such as trade, forestry, health, food, security, small- and medium-size enterprises and women’s empowerment.

Cambodian Prime Minister Hun Sen, who was to represent the Association of Southeast Asian Nations, did not attend after getting COVID-19.

The summit venue, at Bangkok’s main convention center near a vast parkland, was cordoned off with some streets closed to traffic. Riot police stood guard behind barricades at a major intersection, keeping protesters well at bay.

But police clashed in another area of Bangkok with demonstrators who took the opportunity of the APEC meeting to renew calls for democratic reforms in Thailand and accuse the government of promoting policies to APEC that favor big business over ordinary people.

Police blocked them, sparking a violent confrontation with some protesters tossing debris and other items at police, who then charged the crowd, shooting rubber bullets. Several people were injured and a number of arrests were made in the standoff, which lasted several hours.