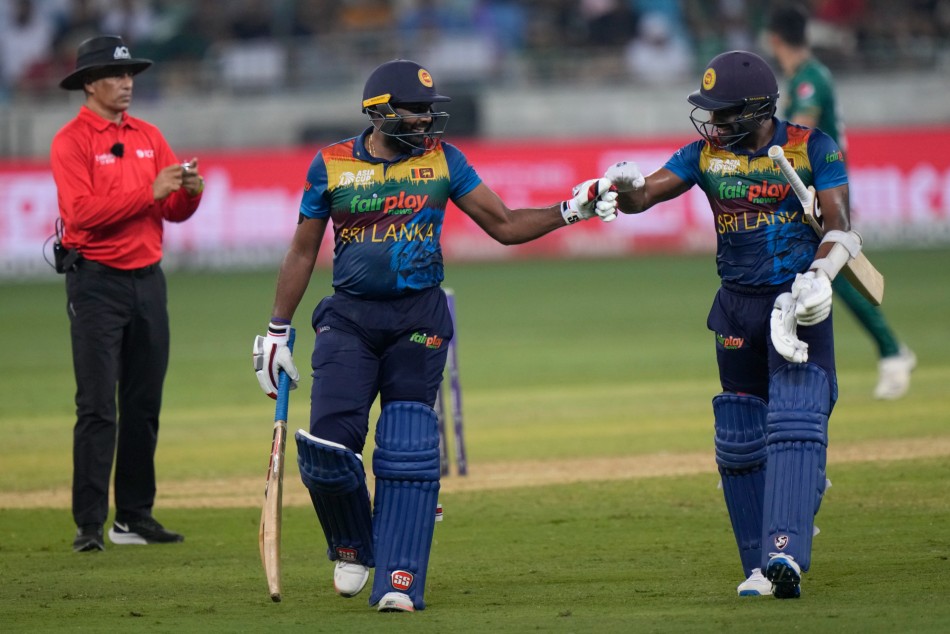 Riding on a fine batting effort from Bhanuka Rajapaksa and crucial contributions with bat and ball from Wanindu Hasaranga, Sri Lanka defeated Pakistan by 23 runs in what was the first final for the two sides in the T20I format in the Asian tournament.

Sri Lanka had beaten Pakistan by five wickets in the Super Four on Friday to top the table but that win game batting second. The nerves definitely must have jangled after Pakistan skipper Babar Azam won the toss and elected to chase on a pitch where 17 of the previous 20 T20I matches were won by teams batting second.

Sri Lankans found themselves in dire straits as they lost five wickets inside nine overs, with Kusal Mendis getting dismissed in the first over for a golden duck. However, after Dhananjaya de Silva had set the table with 28 from 21 balls. But it was Bhanuka Rajapaksa who led the recovery with the bat for the Lankans as he hit 71 from 45. He was ably supported by Hasaranga with 36 from 21 to help their team set a target of 171 that would prove beyond Pakistan’s reach.

Dilshan Madushanka conceded nine runs before he had bowled a legal ball in the second innings, but Pramod Madushan turned the tide by taking the wickets of Babar Azam and Fakhar Zaman off consecutive balls.

Pakistan, having scored just 37 runs in the powerplay, improved courtesy of a partnership of 71 between Mohammad Rizwan (55) and Iftikhar Ahmed (32) before Madushan (4-34) struck again.

Then it was Hasaranga’s turn in a dominant 17th over that had three wickets – including Rizwan’s – to set up a straightforward finish that saw Pakistan all out for 147.

Have a look at the key stats and milestones from the Asia Cup 2022 Final:

# This is the first instance of Sri Lanka winning five consecutive T20Is since April 2014, the last such sequence included matches from their title-winning ICC T20 World Cup campaign in Bangladesh in 2014

# The last time a team successfully defended a target in the finals of the World Cup or Asia Cup in all men’s formats was in 2012.

# Teams winning Asia Cup title after losing all matches in the previous edition:

# Most runs by a wicketkeeper in a T20I series or tournament (full members):

Terrible September for Stocks…How About October?