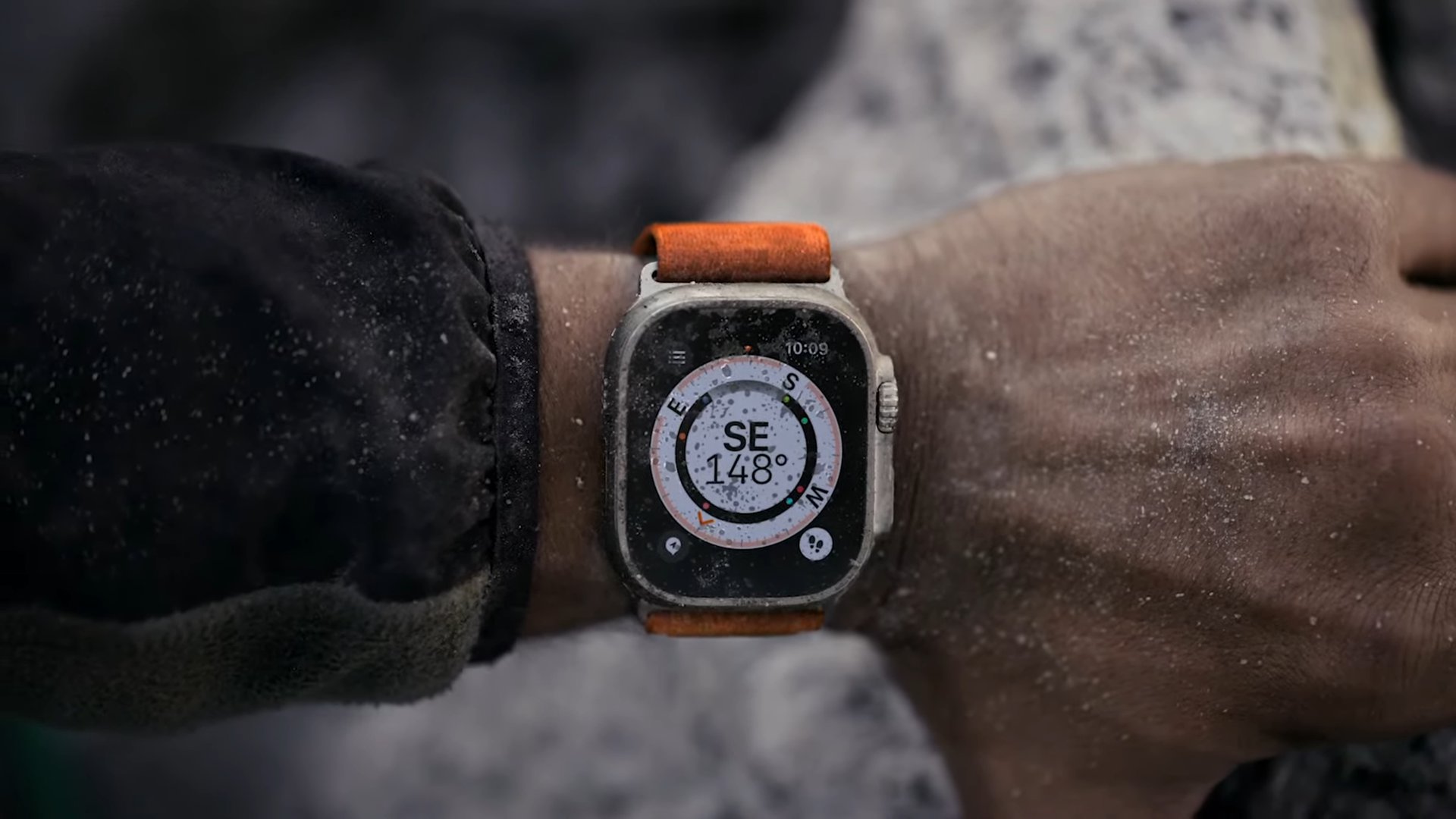 The Apple Watch Ultra cuts an impressive figure. It blends a massive sapphire display, a rugged titanium case, and a customizable “International Orange” action button for easy access while adventuring. As Apple puts it, this is the first true adventure watch — but it’s not. Instead, it’s a collection of features that brands like Garmin, Polar, and Coros have had for years. Sure, it’s remarkable for a proper smartwatch, but as a runner with a beloved GPS watch, the Apple Watch Ultra still makes no sense to me.

The Apple Watch Ultra offers the best battery life of any Apple Watch to date. You can go up to 36 hours away from a charger or 60 hours if you’re in low-power mode (a feature that took too long to reach Apple’s wearables). It’s an impressive claim, right up there with being the fastest five-year-old at a kid’s birthday party or eating ice cream without getting a brain freeze. However, less than three days of battery life is still laughable compared to a GPS running watch — any GPS watch.

36 hours of battery life is decent for a smartwatch, but embarrassing when compared to budget-friendly GPS watches.

Apple bragged that its Watch Ultra should pack enough juice to power you through a long course triathlon (an Ironman, to most of us). That means 112 miles on a bike, 2.4 miles swimming, and a 26.2 miles marathon. It sounds remarkable until you look up the average finishing time for an Iron Man, which is 12 and a half hours.

If that’s Apple’s limit, the Watch Ultra is already out of the picture for ultra runners. The Western States Endurance Run, which Apple referenced, takes nearly 15 hours to complete, and that’s if you’re going at a record pace. For most, it’s closer to 25 or 30 hours, and few will want to sit and charge their watch halfway through.

A GPS watch like Garmin’s could handle your first, second, and third Ironman on one charge.

For comparison, I’m currently wearing the Garmin Forerunner 955 Solar, a GPS watch that delivers up to 20 days of battery life in smartwatch mode. When it’s time to head out for a run, the Forerunner 955 Solar is ready for up to 49 hours of GPS tracking. It’s a watch that has enough juice for your first Iron Man, your second one, and even your third if you’re committed — and it doesn’t lock you into the Apple ecosystem if you want to use it.

Even the Coros Pace 2, a watch that costs one-quarter of what the Apple Watch Ultra does, smokes it in the battery department. It’s not quite as adventurous as the Watch Ultra, but it’s still excellent for everyday runners and packs three weeks of charge or 30 hours of GPS tracking before you’re looking for a cable.

There’s no getting around dual-band GPS tracking as one of the Apple Watch Ultra’s most impressive features. It mixes the L1 and L5 frequencies with new positioning algorithms to become the most accurate Apple Watch to date. In the Chicago Marathon, for example, the Apple Watch Ultra can keep track of your pace and position even as you weave between tall skyscrapers. However, many of the latest GPS watches can do the same. I wore the Garmin Forerunner 255 for a trip through the same Chicago streets over the summer and never once lost signal.

Apple still has no interest in ANT+, sorry data-hungry cyclists.

The Apple Watch Ultra also has LTE and Bluetooth 5.2, which should keep you connected in most situations. However, the lack of ANT+ is disappointing for a well-accessorized adventurer. Essentially, ANT+ allows you to connect to multiple sensors simultaneously and receive various data inputs, which Bluetooth doesn’t allow. It’s ideal for cyclists who want to track their cadence, heart rate, and power at the same time, perhaps to make sure they don’t burn out on that long-course triathlon. Not to sound like a broken record, but devices from Garmin, Coros, and Polar have had ANT+ for years — including the Polar H10 chest strap that most of our wearables team uses.

The Apple Watch Ultra finds a way to both hit and miss as a trail running option. You can add waypoints to places of interest, but there’s no ready option to download a topographical map and trace your way across the trail. The only alternative is to make every run an out-and-back where the second half of your journey mirrors the first.

The Apple Watch gets a few sensors and features right, but misses on many extras that athletes need.

Sure, the Apple Watch Ultra can identify when you’re running on a track and turn your loops into nice, clean ovals, but so can other wearables. And yes, you can switch between the legs of a triathlon or multisport workout with a single button, just like you can do on the $200 Coros Pace 2.

Credit where it’s due

Although the Apple Watch Ultra makes almost no sense for many smartwatch users, I can’t fault Apple’s commitment to safety. It kicked off its fall event with stories from people who have been saved by wearing their regular Apple Watch, and the new high-end watch variant brings even more safety measures to the wilderness. The 86-decibel siren, for example, is an excellent addition, even if it came far too late to save James Franco’s arm in 127 Hours.

Apple’s ultra-premium wearable comes with no shortage of durability measures. It’s tested to perform from -20 degrees Celsius to 55 degrees Celsius and is tough enough to earn a MIL-STD-810H certification. For divers, it’s WR100 rated to reach depths of 40 meters and comes with an EN 13319 certification to work with diving accessories. Again, the average user probably won’t come close to any of these limits, but they’re nice to have.

Even the software wrinkles that put potentially life-saving information at your fingertips find a way to be both excellent and unnecessary. The Wayfinder watch face, for example, offers room for eight complications and an optional Night Mode for when you need to preserve your vision in low light. It works in lockstep with the redesigned compass app to deliver analog and digital bearings with additional readouts for latitude, longitude, elevation, and more just a twist of the now-guarded Digital Crown away. Han Solo could probably decipher all of the numbers on the Millenium Falcon, but on a watch, this many complications is, well, complicated.

With any more readouts, the Wayfinder watch face might as well be the Millenium Falcon.

Ultimately, the Apple Watch Ultra isn’t a smartwatch aimed at the average user. It’s more than a step or two above overkill for the rail trail runners and casual adventurers among us. Instead, it’s catered to the high-octane daredevil types — those who know UTMB from Western States and those who live on the cover of National Geographic’s latest issue. I’m just not sure that it makes enough sense as the watch of choice for them, either.

Still not sure which platform to pick? Here’s our Apple Watch vs Garmin comparison