Artemis I launches Wednesday. It will teach us about surviving the dangers of space. 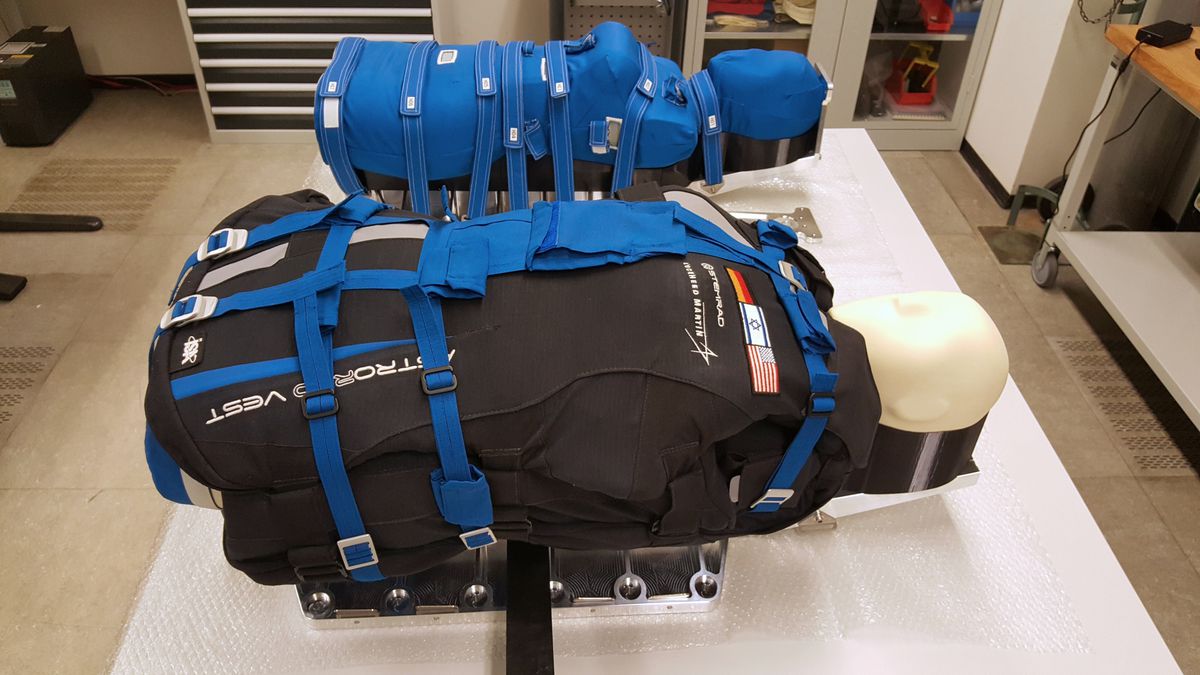 Tomorrow, if everything goes as planned, NASA will finally launch its much-delayed Artemis I mission around the moon, marking the dawn of a new space age. It’s the first step in NASA’s grand ambitions for human spaceflight: Future Artemis missions will put humans back on the moon, including the first women and people of color to land on our celestial companion, establish a moon base, and eventually journey to Mars.

This time, there won’t be any humans riding on the Space Launch System, the giant new rocket that’s powering this mission. Instead, there will be a whole lot of scientific equipment. And most of it is there to try to answer one question: What does space do to the human body?

This feels a bit like a question we should already know the answer to, given humanity has collectively been strapping people to the tops of rockets since Yuri Gagarin made history in 1961.

But the longest anyone has ever spent in space is about 14 months, and the only people to have ever left Earth’s magnetic field — which protects us from most cosmic radiation — are the 24 men who flew to the moon on the Apollo missions in the 1960s and ’70s. There is still a ton space scientists don’t know about the impacts of space on the human body, including the impacts of space radiation on the human body, and what can be done to mitigate it.

Artemis is supposed to be the beginning of NASA’s deep-space ambitions, and going to Mars would be a multi-year roundtrip journey. To keep those humans safe, we need to figure out what might happen to their bodies along the way.

“What we really need to know is the interaction between the radiation and biology,” said Kris Lehnhardt, element scientist for Exploration Medical Capability at the NASA Johnson Space Center. “That field of study, radiobiology, is something that we do not have a lot of experience with.”

Space is hard to reach and very good at killing us when we get there. To help figure out just how good, the Orion crew module sitting on top of the Space Launch System will have a few “passengers” on board.

One small step for manikin-kind, one giant leap in scientific understanding

Deep space radiation is very different from what we experience on Earth.

At home, our planet’s magnetic field protects us from things like solar energetic particles, or SEPs — essentially extremely fast protons that are flung out by our sun, like shotgun pellets, and can shred our cells and DNA, potentially causing all kinds of problems. Because of how few astronauts have left Earth’s protective magnetic bubble — known as the magnetosphere — scientists don’t really know how prolonged exposure to it might affect the human body.

Cancer is the most obvious risk, but researchers like Lehnhardt are also interested in seeing how that radiation might affect the human heart or brain. Which is why even though there won’t be any humans on board Orion, there will be some very sophisticated stand-ins.

Three high-tech manikins — the technical term for, well, research mannequins — are going to be riding on Orion. Their names are Helga, Zohar, and Commander Moonikin Campos, and they’re all a little bit different: Moonikin Campos is, for the most part, a test dummy stuffed into a spiffy new orange spacesuit, called the Orion Crew Survival System Suit, and outfitted with specialized sensors to measure acceleration and vibration, and radiation.

Helga and Zohar, meanwhile, consist of only a head and torso, and they’re made of stuff that’s very much like real bones, organs, and soft tissues. Both of them were given female forms because women usually are affected more by space radiation in some organs, such as the breasts — and because, unlike the Apollo missions, which consisted exclusively of white men, future Artemis missions will take the first women and people of color to the moon. These manikins are an important first step in making that a reality.

Helga and Zohar are fundamentally twins, with one big difference: Zohar will be wearing a radiation protection vest called AstroRad, while Helga will not. Both manikins are absolutely packed with sensors that will let scientists measure internal radiation as part of an experiment called the MATROSHKA AstroRad Radiation Experiment, which is a joint venture of NASA, the Israeli Space Agency, and the German Aerospace Center.

Over the course of their three weeks in space, Helga and Zohar will collect important data on what kind of radiation they’re being exposed to and whether shielding technology like AstroRad might be able to help future astronauts avoid the worst impacts of events like solar storms.

“We as humans are pretty adaptable and given the right tools and processes, we can explore basically any place on Earth as well as hopefully in space,” Lehnhardt said. “Ultimately, our hope is that we can use our big brains to find solutions to all of the problems and challenges that are in front of us.”

If yeast can survive space, maybe we can too

Helga, Zohar, and Moonikin Campos are only going to be in space for three weeks. But Artemis I is also taking along a few much smaller passengers that will be staying in space for good: yeast cells.

“Yeast happens to be very similar to humans and how they respond to radiation,” said Sergio Santa Maria, a project scientist at NASA’s Ames Research Center and the lead scientist on a mission called BioSentinel, which is sending a CubeSat (essentially a very small satellite) into space with Artemis I. Once in space, it will settle into an orbit around the sun. It will be the first-ever satellite to carry biological matter to deep space, and the first study of biological responses to deep space radiation in almost 50 years — the last time was Apollo 17, in 1972.

Yeast is a handy tool for this kind of project, for a few reasons. To begin with, it’s been used for years as a stand-in for human cells in biomedical studies, and the way its DNA breaks down when exposed to radiation is very much like how ours does. It’s also just logistically handy for a mission like Artemis, with its multiple delays: Unlike other organisms, it can be stored indefinitely in its dry, inactive state.

Once it reaches its orbit around the sun, that yeast will be rehydrated, and Santa Maria and his colleagues will monitor its growth, along with the amount and types of radiation it’s being exposed to. A new yeast culture will be activated every few months to see whether more exposure to radiation has any effect on growth.

“We do not know what to expect from this long exposure to all kinds of particles at the same time,” Santa Maria said, “but we hope that we will learn more and provide information for future missions.”

The experiment’s going to have implications beyond just human impacts, too: Yeast is used for making things like yogurt and probiotics, which means it could be handy for producing food during long-term missions of the types like a moon base or a trip to Mars. Seeing how well it does in space over a long period — the satellite will just stay orbiting the sun indefinitely — could essentially help with the space version of meal prep. The time scales are just a little bit longer than we might be used to here on Earth.

The data that Helga, Zohar, Moonikin Campos, and the yeast in BioSentinel send back to researchers on Earth is going to be invaluable as NASA plans its next missions to the moon and beyond.

NASA doesn’t just have to figure out how radiation can impact future missions. Space is deadly — don’t forget, it’s an airless vacuum that can very efficiently kill us — and poses a plethora of health risks, from the impact of microgravity on our bones and eyes to how the confines of spacecraft can impact our mental health. And all of that happens even before we land somewhere: Once future missions reach the moon, astronauts will have to deal with the fact that moon dust is at least a little bit toxic.

In other words, there’s a lot of risk in sending humans to space. But scientists are undaunted.

“If Mars is a marathon, then the moon is our training program for that marathon,” Lehnhardt said. “If we get up off the couch and go try to run a marathon, we are unlikely to be successful. So that training program is essential to make sure that we can finish the marathon that is going to Mars and bringing people home safely.”

Understanding America’s political sphere can be overwhelming. That’s where Vox comes in. We aim to give research-driven, smart, and accessible information to everyone who wants it.

Reader gifts support this mission by helping to keep our work free — whether we’re adding nuanced context to unexpected events or explaining how our democracy got to this point. While we’re committed to keeping Vox free, our distinctive brand of explanatory journalism does take a lot of resources. Advertising alone isn’t enough to support it. Help keep work like this free for all by making a gift to Vox today.


Google Pay. You can also contribute via