Are you waiting too long to fire up your furnace? 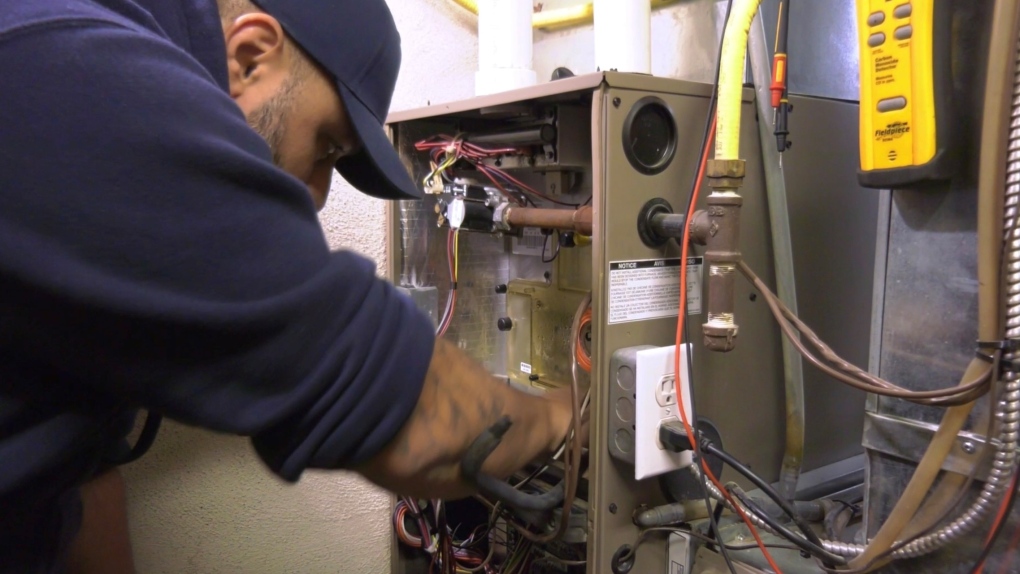 A sudden drop in temperatures has some people turning their furnaces on for the first time this season, but some experts say waiting until now could result in complications that might cost you.

Cyrus Samimi, the owner of Able Air Conditioning & Heating in Kitchener, said the colder temperatures has his business heating up.

In the last several days, the HVAC contractor has received numerous calls from people firing up their furnace, only to realize it’s not working.

“A lot more people have not done their inspections and are turning on the furnace for the first time and are realizing ‘uh oh, it’s too cold. I should’ve done this maybe two, three weeks ago,'” Samimi told CTV News.

He suggested getting an inspection and turning the furnace on as early as September. That way contractors can ensure they have the right parts ahead of the cold weather, in case a fix is needed.

Suzan Jones is one of Samimi’s clients who got her inspection done before the first winter blast. She first turned her heat on in early October when she had it serviced.

“My annual service showed I had a broken part on my furnace that had to be repaired,” Jones explained.

A temporary fix was provided until her heat went out this past weekend.

“It just got progressively colder and I woke up to 56 degrees this morning,” Jones said, blowing into her hands to warm them up.

Able Air Conditioning & Heating was able to get to her home on Monday to address the problem. The contractor was able to respond so quickly only because she already had her furnace serviced earlier in the fall.

For customers who are just identifying a problem now, they may have to wait a little longer. Samimi said his team is booking three days ahead, compared to quieter periods of the season when they can do same-day or next-day service.

Cyrus Samimi said people should consider turning their furnace on as early as September to identify any problems before the cold weather hits. (Spencer Turcotte/CTV News)

“And that’s three days before we can get to you. We don’t know how long it will take for us to get your parts if you need parts,” Samimi said. “We give priority to the homeowners who have called us previously. We have to attend to their needs, so you might get pushed a few days down the line.”

They also offer a 24-hour emergency service but it comes at a premium cost.

Samimi said replacing the air filter regularly will help with your furnace maintenance. He also tells clients not to close too many vents because he said it starves the furnace from oxygen and traps heat inside the exchanger, pointing to that as one of the main calls for service this year.

He also suggests covering the outdoor condenser and testing the thermostat early to make sure it’s working. That way – problems won’t get worse and could stop you from having to dig deeper into your pockets.

“Part of [my worry] was ‘am I going to need a new furnace?'” Jones said, when asked about the potential costs associated with repairs.

Thankfully for her, an entirely new furnace isn’t something she’ll have to worry about. It is expected to be fully fixed well ahead of the holidays, so she can leave heat off her Christmas wish list

Apple officially brings 5G support to iPhones in India with…