Are we missing a crucial component of sea-level rise? 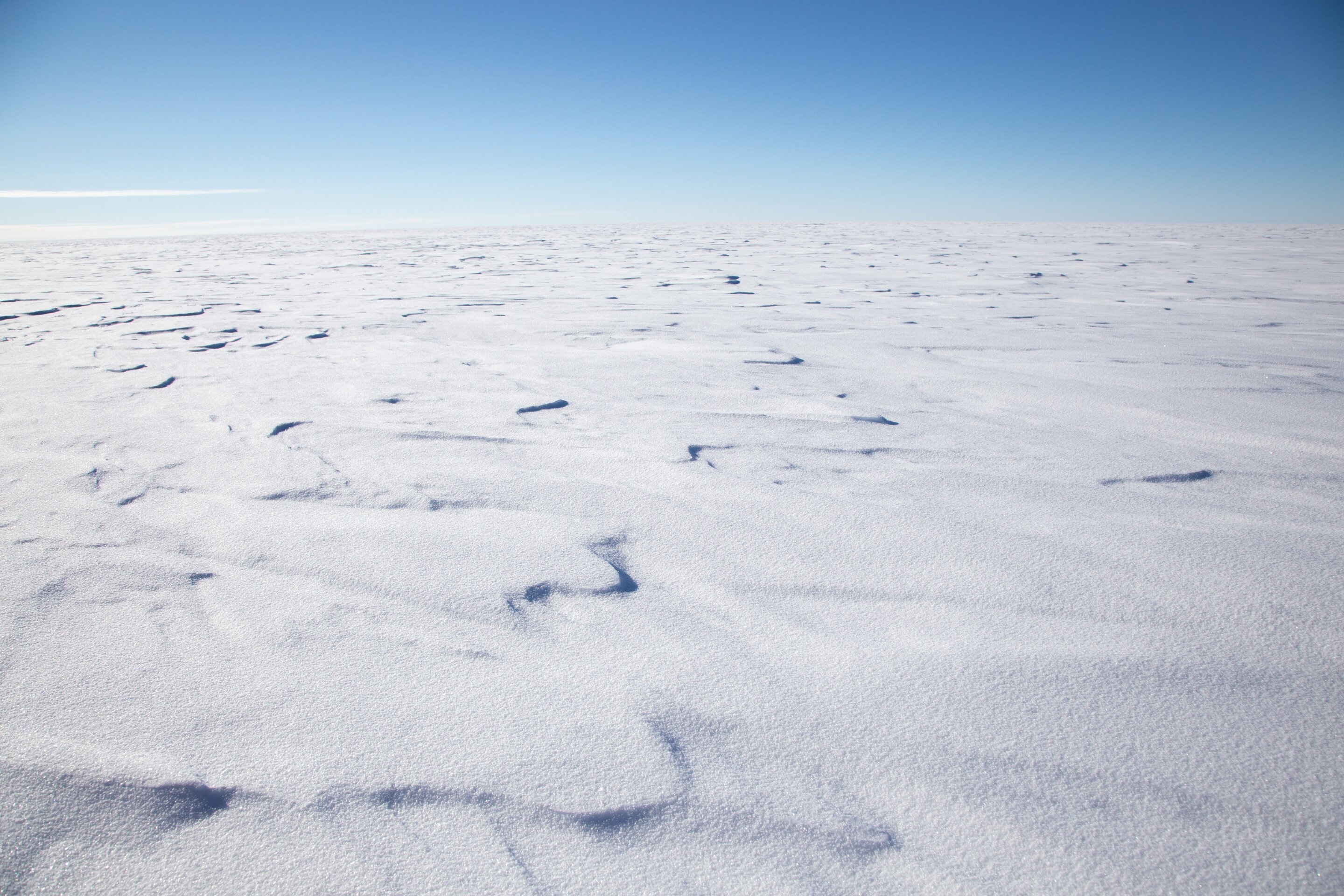 Recent efforts using computational modeling to understand how melting ice in Antarctica will impact the planet’s oceans have focused on ice-sheet geometry, fracture, and surface melting—processes that could potentially trigger or accelerate ice-sheet mass loss. Now, researchers from Stanford University have identified an additional process that could have a similarly significant effect on the ice sheet’s future: thawing of the bed, known as basal thaw, at the interface of the land and the miles-thick ice sheet above it.

The new study identifies areas that are not currently losing large amounts of mass but could be poised to match some of the largest contributors to sea-level rise—such as Thwaites Glacier—if they thawed. Antarctica is roughly the size of the United States, and the susceptible regions comprise an area greater than California. The research was published Sept. 14 in Nature Communications.

The simulations were built on recent theoretical work showing that basal thaw could occur over short time scales. Using numerical ice sheet models, the study co-authors tested hypotheses about whether the onset of such thaw could lead to significant ice loss within a 100-year period. They found that triggering thaw led to mass loss in regions of the ice sheet that are not usually associated with instability and sea-level contributions at that time scale.

“There really has been little to no continental-wide work that looks at the onset of thawing—that transition from frozen ice to ice at the melting point, where a little bit of water at the bed can cause the ice to slide,” said lead study author Eliza Dawson, a Ph.D. student in geophysics. “We were interested in learning how big an effect thawing could have and what regions of the ice sheet were potentially most susceptible.”

The researchers modeled temperature changes at Antarctica’s base according to shifts in friction caused by the ice sheet sliding over the land beneath it. The simulations revealed that in East Antarctica, which is currently considered a relatively stable region compared to West Antarctica, the Enderby-Kemp and George V Land areas would be most sensitive to thawing at their beds. Within George V Land, they also highlighted the Wilkes Basin as capable of becoming a leading sea-level contributor if thawing were to occur—a feature comparable in size to the rapidly evolving and likely unstable Thwaites Glacier in West Antarctica.

“The whole community is really focusing on Thwaites right now,” said Schroeder, who is also an associate professor of electrical engineering. “But some of the regions that are the usual suspects for big, impactful changes aren’t the most provocative and impactful areas in this study.”

Because of Antarctica’s location and extreme conditions, information about the ice sheet is sparse. Even less is known about the land beneath its frozen façade.

“Measuring the bed is a massive effort in these remote places—we have the technology to do it, but you really need to pick the spot, and sometimes it takes years, and field camps, and special equipment to go do that,” Schroeder said. “It’s difficult and expensive.”

To fill in information gaps, the researchers relied on the physics of how ice slides—how changes in temperature affect the way the ice sheet flows and evolves. In follow-on work, the authors plan to develop and apply radar-based analysis approaches to study the temperature of the ice sheet bed in these critical areas.

“You need to know the regions where it matters, and that’s the transformative contribution of Eliza’s paper,” Schroeder said. “It asks these broad questions: Does this matter? And if it matters, where? We hope this approach gives the community some priorities into where to look and why, and to avoid going down blind alleys.”

Scientists do not currently know what forces are most capable of triggering thawing at the bed in the potentially susceptible regions identified in this study—or how soon they may be able to do so. One possible driver could be changing ocean conditions, which is the case elsewhere in Antarctica.

“Warm ocean water does not necessarily reach these East Antarctica regions as it does in parts of West Antarctica, but it’s nearby, so there’s potential that could change,” Schroeder said. “When you consider the recent theoretical work showing that thermal processes at the bed can be easy to activate—even spontaneous—it makes near-term thawing of the ice-sheet bed seem like a far easier switch to flip than we’d thought.”

The study shows that measuring, understanding, and modeling the temperature at the base of ice sheets is important for understanding our future, as the biggest uncertainty in sea-level rise projections is the contribution from processes that can shift the behavior of massive ice sheets like Greenland and Antarctica.

“Follow-on work will be needed to take a closer look at these regions that this paper identified,” Dawson said. “Showing that thawing at the bed can result in mass loss from the ice sheet is a process that the community needs to understand and really start looking at—especially in these potentially vulnerable areas.”

Citation:
Are we missing a crucial component of sea-level rise? (2022, September 14)
retrieved 14 September 2022
from https://phys.org/news/2022-09-crucial-component-sea-level.html