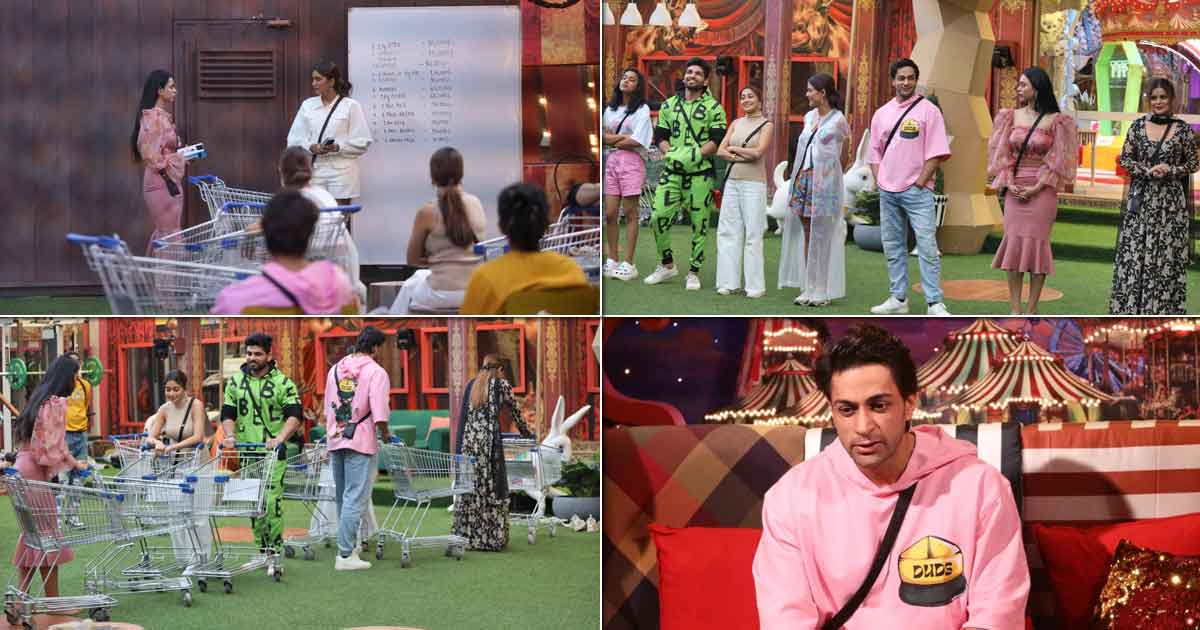 As Bigg Boss 16 is leading up to its Grand Finale, the roads are getting narrow with each passing day. The battle inside the house has become grim for the housemates as they still fight with all their might to reserve a seat for themselves among the top contestants. The announcement of the ticket to the finale week in the previous episode has left the contestants charged up which was certainly observed in tonight’s episode.

After spending a week without adequate ration in the house, Bigg Boss gave the housemates a chance to win back the ration but with a hefty twist. With the ration task, Bigg Boss gave a golden opportunity to the housemates to revive the lost INR 10 lakhs of the prize money at the cost of ration quantity. A humongous container was placed outside in the garden area comprising double happiness; ration items and INR 10 lakhs. After the sound of each bell, the first contestant to reach the red line with the shopping cart got to go inside the container first and shop for 5 personal ration items.

As nothing comes easy in the Bigg Boss 16 house and no task is completed without a twist, Bigg Boss announced that each item has a price tag on it. The more housemates shop ration for themselves the less money will be added to their prize money. It was exciting to watch how much importance contestants gave to prize money over ration.

The tussle between Archana Gautam and Shiv Thakare flared up during the task when the former accuses the latter of exchanging personal ration in the ‘mandali’. It all started when the master questioned Soundarya Sharma about the item she brought from the container. During the personal ration shopping, she brought milk for Archana which displeased the master. Archana justified Soundarya’s act by telling Bigg Boss that Shiv will also give his ration to the ‘mandali’.

The tension between Priyanka Chahar Choudhary and Shalin Bhanot after the nomination task continued in this one. When Bigg Boss called Shalin into the confession room and asked him about Priyanka’s game plan, ‘sakhi’ Shalin said that he doesn’t see her own story in the show as she jumps into other’s ‘mudda’ and makes them her own. The next contestants are Shiv and MC Stan in line to go inside the confession room. Upon being asked the same question by the master, Shiv said Priyanka thinks she is the winner but after Ankit’s exit, she has become zero in the house. Will Priyanka lose her friend Shalin?

Keep watching the excitement and drama in Bigg Boss 16 every Monday to Friday at 10.00 PM and every Saturday – Sunday at 9.00 PM only on COLORS and Voot.

Must Read: Bigg Boss 16’s Abdu Rozik (Exclusive) Says He Lost Trust In Sajid Khan Post The ‘I Love Tatti’ Incident, Adds “He Is Elder So…”

Avatar: The Way Of Water Writer Reveals The ‘Space Battle’ That Got Cut From The Script