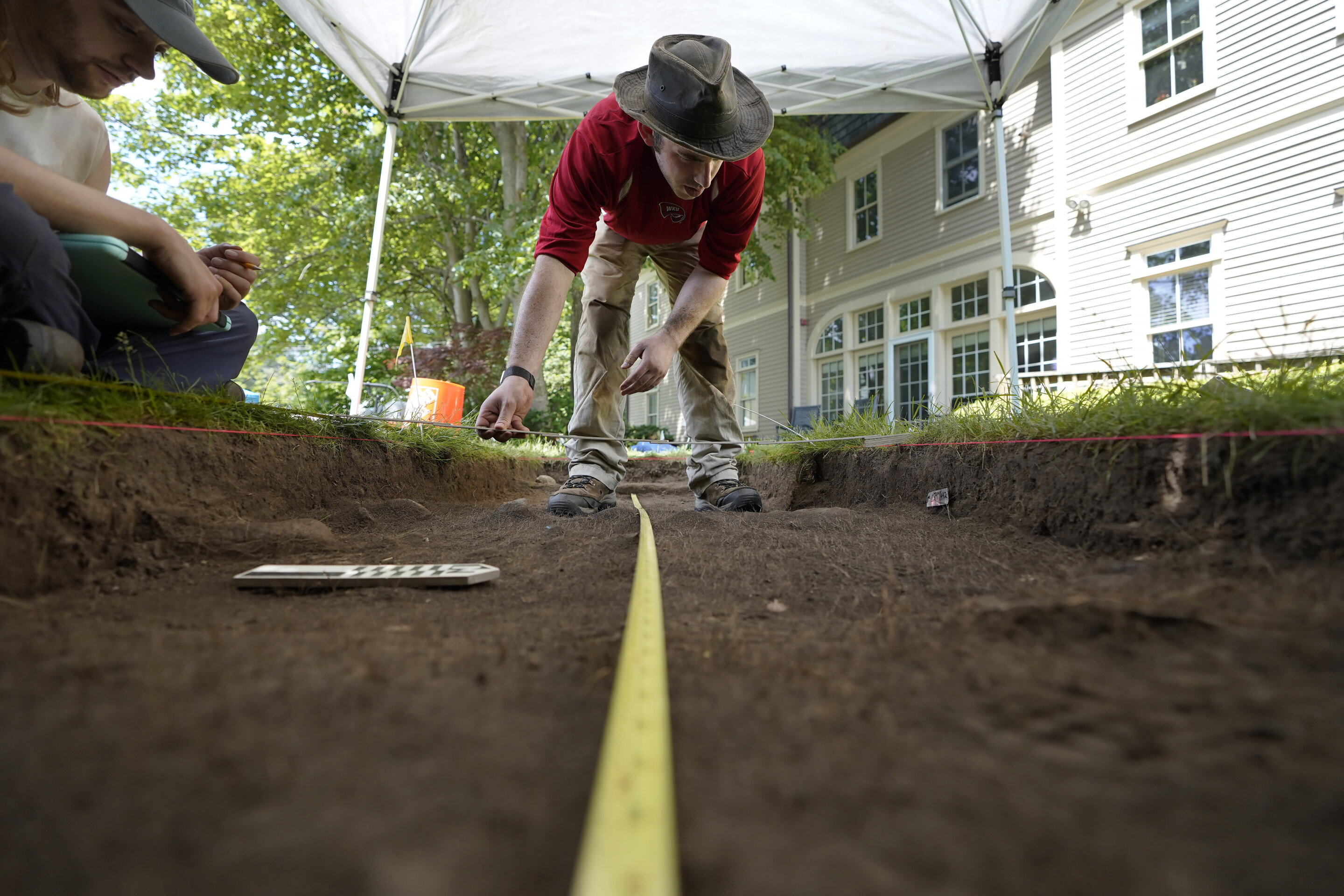 Asymmetry in carbon dioxide emissions and removals could…

Archaeologists are giving a grassy hilltop overlooking iconic Plymouth Rock one last look before a historical park is built to commemorate the Pilgrims and the Indigenous people who once called it home.

Braving sweltering heat, a team of about 20 graduate students enrolled in a masters program at the University of Massachusetts-Boston began excavating an undeveloped lot on Cole’s Hill in Plymouth, Massachusetts, this week.

The National Historic Landmark site—which contains the first cemetery used by the Pilgrims after they arrived from England in 1620 and was a Wampanoag village for thousands of years before that—has been poked and prodded numerous times over the past century.

But now, as historical organizations reboot pandemic-stalled plans to construct a permanent memorial they’re calling Remembrance Park, this could be the last chance to mine the soil for Native and colonial artifacts.

“Cole’s Hill is among the most sacred land we’ve got,” said Donna Curtin, executive director of the Pilgrim Society & Pilgrim Hall Museum, which owns the tract. “We want to make it more than just a grassy, empty lot. We want to engage people. And the archaeology is deeply wedded to the site.”

David Landon of UMass-Boston’s Fiske Center for Archaeological Research, who’s leading the effort, said he’s confident his team will recover items of interest from the site.

“You don’t always get the opportunity to do work at sites that are so significant,” he said. “We know we’re going to find stuff—there’s no question about that. Anytime you start digging in Plymouth, you find interesting stuff.”

Less than 48 hours into the excavation, which is scheduled to run through July 1, the team recovered what Landon calls “the debris of daily life”: a few Wampanoag artifacts, broken pieces of 1800s pottery, and the bones of cows and pigs—leftovers of a colonist’s dinner.

There are hopes for more. A few small homes once stood on the area where they’re digging, including an early 1700s mariner’s house.

To be built atop the hill overlooking Plymouth’s waterfront, Remembrance Park originally was conceived to mark 2020’s 400th anniversary of the Pilgrim’s 1620 arrival, the founding of Plymouth Colony and the settlers’ historic interactions with the Wampanoag people. But then the coronavirus pandemic hit, idling many commemoration events as well as construction.

The newly reimagined park will highlight three periods of epic historical challenge: The Great Dying of 1616-19, when deadly disease brought by other Europeans severely afflicted the Wampanoag people; the first winter of 1620-21, when half of the Mayflower colonists perished of contagious sickness; and the 2020 coronavirus pandemic.

Linda Coombs, a Wampanoag tribal leader and activist, said she’s glad attention is being paid to what’s largely a forgotten chapter of history.

“People are unaware that the Great Dying happened,” she said. “At school, you’re pounded with the story of 50 Pilgrims dying during their first winter. But during the Great Dying, about 50,000 Wampanoags died, as well as who knows how many other tribal people to the north in what’s now Maine. It’s kind of nice to see those numbers lined up side by side.”

Construction is expected to begin late next year or early in 2023 on the park project, said Curtin, whose Pilgrim Hall Museum is partnering with Plymouth 400 Inc., a nonprofit group.

“We want to create an interpretive space here where people can engage,” she said. “The park is intended to acknowledge and preserve what we’ve all lived through in 2020. It’s an opportunity to bring the past and present together in ways we never could have foreseen.”

If the archaeologists make any transcendent finds, Landon said he’s confident they’ll be given more time to complete their work, if only because the townspeople share a sense of stewardship over Plymouth’s rich history.

“We’ll learn what we need to learn from the site before any construction takes place,” he said.

400 years later, a new Mayflower will sail without humans

‘Overwatch’ is finally getting cross-platform play