Apple Watch Ultra vs Series 8: Which should you buy? 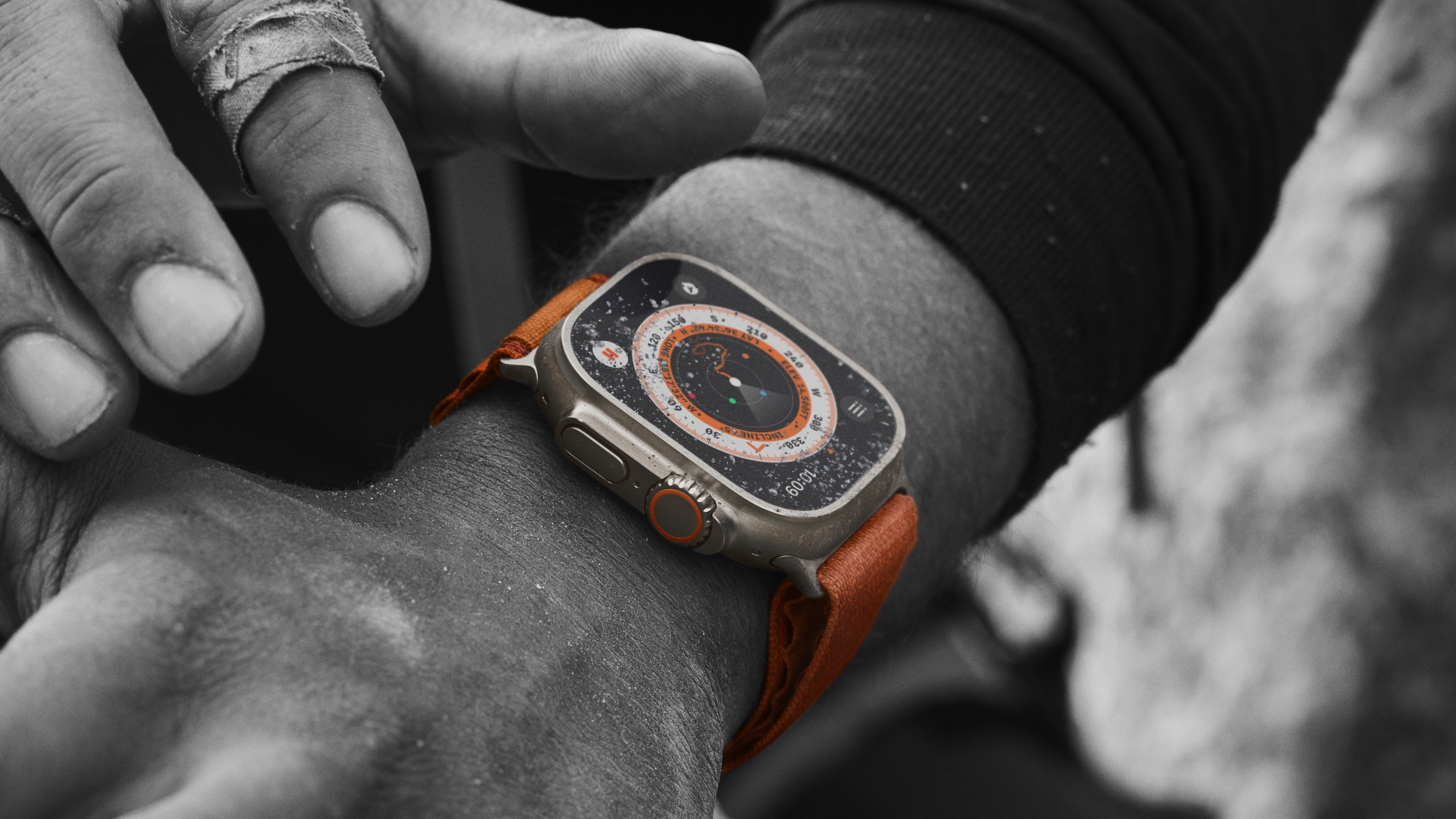 You’ll need a fine-toothed comb to find the differences between the Series 8 and its direct predecessor, the Watch Series 7. Effectively, the two watches share the same chassis, screen, and case sizes. You’re still getting the digital crown mounted on the top right corner, a rounded-off face housing an OLED display, and aluminum or stainless steel construction. Dial sizes include 41mm for smaller wrists and 45mm for slightly larger arms. The Apple Watch Series 8 is effectively a Series 7 with some marked differences beneath its exterior.

The most noticeable difference is the massive 49mm sapphire lens that houses a flat screen. This reportedly makes it easier for active users to select and glance at items on display. The other large differentiator is the hump the digital crown is housed in. This protrusion protects the crown from knocks and makes the power button a little easier to feel out even while wearing gloves.

Keeping with buttons for a moment, the Apple Watch Ultra also brings a third orange pusher to the device. The Action Button allows users to switch between workout modes or mark segments during those workouts. The Series 8 does not feature this button.

Some will love these aesthetic changes and the more rugged look it gives the Ultra. Others will hate it for ruining the Apple Watch’s otherwise sleek design. In terms of practicality, the much larger dial makes the Ultra less attractive to those who want a smaller, compact wearable. For these users, the Series 8 is a more sensible bet.

The Apple Watch Series 8 may look similar to its predecessor but brings some notable changes under the hood. This mainly includes the new Apple S8 chipset and a new body temperature sensor, which allows for more accurate cycle tracking for those who menstruate. In the past, we’ve seen body temperature tracking debut on Fitbit and Samsung watches, so it’s great that Apple is finally joining the party. This sensor will also record temperature fluctuations of users during sleep, which may provide insight into the general well-being of the wearer. The Series 8 also brings car crash detection — a first for the Apple Watch. This will dial emergency services and send the user’s location after a brief countdown.

If you buy the Apple Watch Ultra, you get all these new features and a little more. For starters, LTE cellular data support is standard across all Ultra models. The Ultra also lands with a bigger battery for an estimated 36 hours of juice per charge — more than any Apple Watch before it. Low power mode can stretch this out for an additional 24 hours, making this model the best option for those who want a longer-lasting wearable. Notably, both features are meant to entice hardcore athletes, rock climbers, hikers, and others of this ilk but should appeal to everyone.

For swimmers and divers, the Apple Watch Ultra packs a depth gauge that can provide real-time water pressure measurements up to 40 meters. The device is water resistant at depths of up to 100 meters and IP6X dust resistant, too. The Series 8 settles for a 50-meter rating. Several apps are onboard to take advantage of the Ultra’s love for deep water, too, including a dedicated diving app that displays water temperature, underwater time, and more.

And if you get lost, the Ultra also features a dual speaker that doubles as an alert siren. According to Apple, that others can hear from 180 meters away. Ensuring you don’t get lost in a new dual-band GPS utilizing L1 and L5 frequency bands. This should give the Apple Watch Ultra GPS accuracy akin to Garmin’s sports watches. Like the Galaxy Watch 5 Pro, the Ultra also includes Back Track functionality that helps users return to a previous waypoint.

As the Apple Watch Series 8 is a largely iterative upgrade, there’s no premium over the Series 7. The new model starts at $399 — the same as its predecessor. Of course, this price will vary wildly based on dial size, your choice of case material and band, and whether you opt for LTE connectivity or not.

Apple Watch Series 8 colors vary between the aluminum and stainless steel chassis. The former can be had in Starlight, Midnight, Silver, and Product Red, while the stainless steel version comes in Silver, Graphite, and Gold. Retail sales kick off on September 16.

The Apple Watch Ultra, as you’ve probably guessed by its name, is the pricier option. It comes in a selection of bands, but all models feature a titanium chassis with LTE support. Pricing starts at $799. The bands on offer include the Ocean Loop, Trail Loop, and Alpine Loop for swimmers/divers, runners, and hikers. You can grab an Apple Watch Ultra at stores from September 23.

Apple Watch Ultra vs Series 8: Which should you buy?

So, which Apple Watch should you buy this time around? The answer depends on what you demand from your watch (and how much you have to spend!).

Realistically, the Apple Watch Series 8 should suit most iOS users looking for a great smartwatch with broad app support, a reliable health tracking kit, and compatibility with Apple’s ecosystem of products and services. The new temperature sensor makes the Apple Watch Series 8 a great choice for those keen on more accurate menstrual cycle monitoring, too. If you’re an athlete wanting more or are still not impressed by the Series 8’s standard 18 hours of battery life, the Ultra may appeal to you a bit more.

The Apple Watch Series 8 is best for iOS users looking for a reliable smartwatch, the Ultra is for adventurers happy to lug around a larger, pricier upgrade.

Of course, for double the price of the base Series 8, the Ultra may not make financial sense if you’re just after a solid smartwatch. But more adventurous users will find more value, while runners may appreciate the more accurate positioning tech. You do get a much larger device, a battery rated for 36 hours of use, and features that should better appease more serious outdoors people. However, the Ultra’s heavier body and large size will dissuade users with smaller wrists.

We’d recommend iPhone users buy the Apple Watch Series 8 if they’re seeking a no-fuss smartwatch for health tracking and daily wear. Those who’d consider themselves more adventurous, or are desperate for more battery life and are willing to pay a premium, should consider the Ultra.

Sadly, both are still incompatible with Android phones, but thankfully there are plenty of capable Apple Watch alternatives out there. There’s no need to feel left out.

Are you picking up the Ultra or Watch Series 8? Let us know in the poll below.

Which Apple Watch model are you upgrading to?