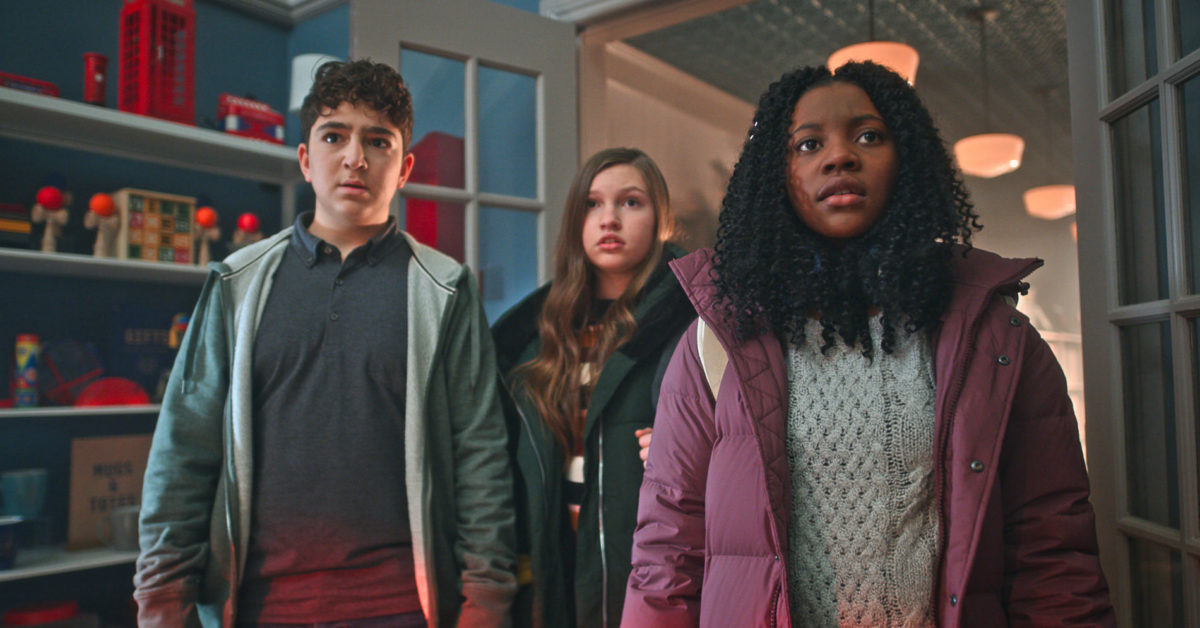 New original series coming to the platform this autumn include Sago Mini Friends, an animated series based on characters from the award-winning Sago Mini World app; Slumberkins, a mixed media puppet / 2D animation program from the beloved children’s emotional learning brand empowering children to be caring, confident and resilient, and produced by The Jim Henson Company; Circuit Breakers a futuristic anthology series that tackles kid-relatable issues through a sci-fi lens; and Interrupting Chicken, an animated preschool series which illuminates for children the joy of reading, writing, and storytelling, and stars the voice talents three-time Emmy Award winner Sterling K. Brown (This Is Us, Honk for Jesus. Save Your Soul).

Sago Mini Friends is a new preschool animated series produced by Daytime Emmy Award-nominated Spin Master Entertainment and animated by 9 Story Media Group’s Emmy Award-winning studio Brown Bag Films – Toronto, based on the charming characters and artful designs featured in the award-winning Sago Mini World app, developed by Sago Mini. The Sago Mini Friends series, which premieres on September 16th, is an adorable nod to gratitude, featuring Harvey the floppy-eared dog, and his best friends, Jinja the cat, Jack the rabbit, and Robin the bird. Along with a unique cast of residents as colorful as their own whimsical world, the four friends play, explore, imagine and celebrate daily in their joyful town of Sagoville.

Inspired by the work of visual artist Toff Mazery, co-created by Emmy Award winner Edward Jesse (HITRECORD’s Create Together), developed by Emmy winner Michael Ryan (All Hail King Julien, Kung Fu Panda), and executive produced by Emmy winner Joseph Gordon-Levitt (Mr. Corman), HITRECORD and FOX Entertainment’s Bento Box Entertainment, the second season of the animated epic Wolfboy and the Everything Factory takes Wolfboy (voiced by Kassian Akhtar), to a new realm underneath the Everything Factory that is responsible for all of the destruction in the universe. With his Spryte friends and new allies, Wolfboy engages in a quest to unite the forces of creation and destruction and realizes that being different is what makes him special – and ultimately, it’s the oddballs and dreamers who change the world. The series’ second season premieres on September 30th.

Premiering on September 30th with its second season, Get Rolling with Otis is based on the Penguin Random House book series by Loren Long and is an animated adventure series from 9 Story Media Group and Brown Bag Films, welcoming young viewers to Long Hill Dairy Farm, home to Otis the tractor and all his friends. Hello, Jack! The Kindness Show has its second season premiering this fall as well on October 7th. The series follows the character of Jack. Jack is one of Clover Grove’s most thoughtful and caring residents, greeting everyone with kindness and humor. His ability to spread compassion, creativity, and imagination inspires everyone in town to do the same. A new season of kindness creates more incredible change.

Emmy Award-winning Ghostwriter returns for a third season on October 21st with an entirely new cast and a new adventure! When a ghost haunts a bookstore and releases fictional characters into the real world, a group of friends works to solve a mystery surrounding the ghost’s unfinished business. A reimagining of the 1992 hit series from Sesame Workshop, the modern-day Ghostwriter, maintains a city-based, multicultural cast, inviting children ages 6-11 to see themselves on screen as they learn to appreciate a range of new and classic literature.

Embark on adventures with Bigfoot, Unicorn, Sloth, Yak, and Fox as they explore a world of feelings in this Jim Henson Company mixed media puppet / 2D animation series that empowers the emotional wellness of children through supportive storytelling. Based on the leading children’s emotional learning brand Slumberkins, the series brings to life some of the beloved characters from the Slumberkins books as they explore new stories of friendship, confidence and connection to model healthy relationships. The series premieres on November 4th.

Circuit Breakers is a half-hour futuristic anthology series, premiering on November 11th, that tackles kid-relatable issues through a sci-fi lens. But not everything is as it seems, and their curiosity leads to chaos. Based upon the 2011 Caldecott Honor-winning book series written and illustrated by David Ezra Stein, Interrupting Chicken introduces children to the joy of creative writing – starting with a young little chicken named Piper who has a habit of interrupting storytime! Every time Piper hears a story, she can’t help but jump in, ask questions and let her imagination run wild as she tries to fill in details, guess what happens next or insert herself in the middle of the action to help save the day.

Taco Bell is Offering Customers a Chance at a Metaverse Wedding