Apple releases iOS 15.7 for old devices and people who don’t want iOS 16 yet 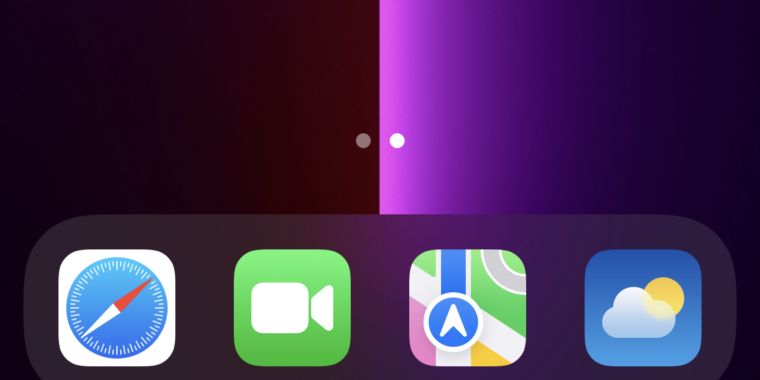 Apple released the next major versions of several of its operating systems today, including watchOS 9, tvOS 16, and iOS 16. The latter is probably the most significant of the three, with a total overhaul of the iPhone lock screen, new iMessage editing and message deletion capabilities, and passkeys that attempt to replace passwords (Our full iOS 16 review is forthcoming.)

Also of note are a volley of updates for older operating systems, including iOS 15.7, iPadOS 15.7, and macOS Monterey 12.6. The iPad and macOS updates both bring the security-related patches from the newer OS versions back to older ones while we wait for the release of iPadOS 16.1 and macOS Ventura later in the fall. The release of iOS 15.7 serves two purposes: to keep older iPhones that can’t run iOS 16 updated with security patches (thiszx includes the iPhone 6S and iPhone 7 series along with the original iPhone SE, among others) and to let people who don’t want to upgrade to iOS 16 a way to get security updates.

Apple also did this for a few months after the release of iOS 15, offering version 14.8 to supported devices so that people could defer the update without putting themselves at risk. By January 2022, the company stopped updating iOS 14 and pushed all iOS users to update to version 15.2.1.

The shift from iOS 15 to iOS 16 will likely be similar, but a couple of new wrinkles could complicate things. For one, iOS 16 includes a new feature called Rapid Security Response, which will let Apple release small security-only fixes without having to issue an all-new iOS update—we don’t know whether (or how) those updates will come to iOS 15. It was also the case that every device that ran iOS 14 was capable of upgrading to iOS 15, where iOS 16 drops support for a couple generations of older hardware. We’ve asked Apple for clarity on both points and will update this story if the company responds.

Apple also released macOS Big Sur 11.7 to patch security holes in the now 2-year-old OS and Safari 16 for both Monterey and Big Sur. Catalina, the last version of macOS X, hasn’t received any updates today, indicating that Apple is likely done supporting it.

Artemis rocket under repair as U.S. marks 60 years since Kennedy’s “We Choose to go to the moon” speech