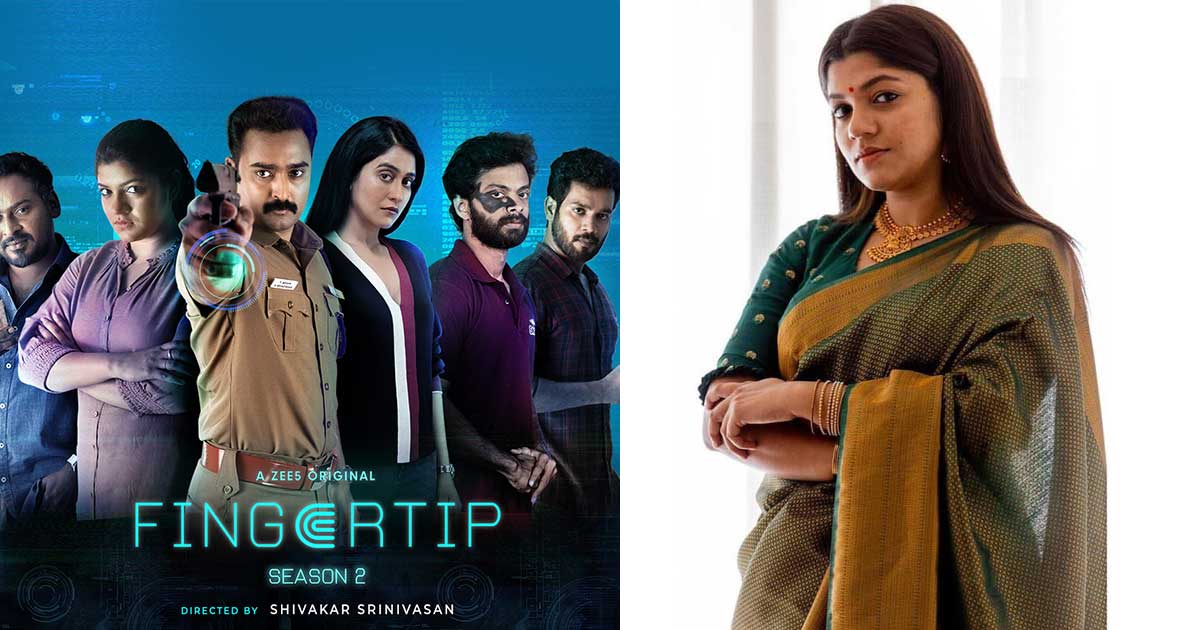 Actress Aparna Balamurali, who plays one of the leads in upcoming web series Fingertip 2, says it takes a lot of courage to make a series like the gripping tech thriller that revolves around the lives of six individuals affected by the ever changing digital space.

Participating in a press meet organised by ZEE5 Tamizh – the OTT platform on which the series is to premiere on June 17, Aparna, who impressed audiences with her powerful performance in Sudha Kongara’s Soorarai Pottru, said, “I was elated when I got an opportunity to be a part of ‘Fingertip 2’. One needs to possess a lot of courage and boldness to make a series like this. This series will be a reflection of watching real-life incidents on screens.”

Stating that this was the first time that she was a part of a web series, Aparna Balamurali said that the director had presented the story just as he narrated.

“This series will be something that everyone can closely relate to. I request everyone to watch this series and support it,” Aparna Balamurali said.

Fingertip 2, produced by Arun and George Nambi, has been directed by Shivakar and features Prasanna, Regina Cassandra along with Aparna Balamurali in the lead roles with Vinoth Kishan, Kanna Ravi, Sharath Ravi, and many more prominent actors as a part of the cast.

Must Read: Rohit Shetty Expands Singham Franchise To Another Level & No We Aren’t Talking About Ajay Devgn’s Singham 3

Elon Musk is a ‘distraction and embarrassment’