Anthony Joshua vs Tyson Fury: Blockbuster clash could be confirmed in next two weeks | Boxing | Sport 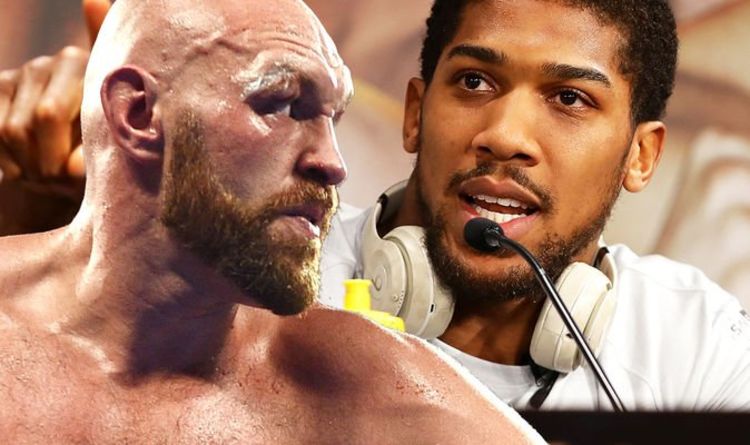 Tyson Fury’s US promoter Bob Arum says a fight with Anthony Joshua should be officially signed off in the next couple of weeks. WBC champion Fury and WBA, IBF and WBO belt holder Joshua are set to go head to head in a hugely anticipated undisputed world title fight.

Joshua kept hold of his belts after beating Kubrat Pulev at Wembley Arena in December.

The Brit confirmed afterwards he wants a fight with Fury to happen in 2021.

And Arum says an official announcement could come soon, though the venue for the fight is still up in the air.

“I don’t want to make a deadline, but I just can report that everything so far has been going splendidly, and we hope to have a signed document within the next couple of weeks,” Arum told Sky Sports News.

“That might not provide for a site, because again, we can have a document that the fighters would have signed, and everything, and then have a mutual agreement clause of the site.

Joshua’s promoter Eddie Hearn is also confident that a deal can be struck.

Hearn says there are discussions with multiple venues to hold the bout, admitting there is a huge doubt over the potential of fighting in front of a packed house at Wembley Stadium due to the restrictions caused by the coronavirus pandemic.

“I don’t want to say too much, other than we’re going well,” Hearn told Sky Sports.

“We’re now papering the fight, in terms of the contracts, a period of the fight, and looking out now in the next stages to go to the different various sites that have made offers and discuss the fight and the date with them.

“All I want to tell you really is we’re on track and I don’t see anything derailing it.

“We all know everybody would like this fight in the UK. Can we hand on heart say that in May, we can have 100,000 people in Wembley? I think very unlikely.”

Last week Joshua said Fury, who is only one year older than the former Olympic gold medallist, should consider retiring soon.

“Fury has been professional much longer than me. He should be looking to retire soon,” Joshua had told Sky Sports.

“If he wants to cement his legacy, I’m here and ready. I’ve built myself into this position.”

Though Joshua also admitted he is already thinking about retiring himself.

Genshin Impact 3.5 brings its own version of Pac-Man in new…