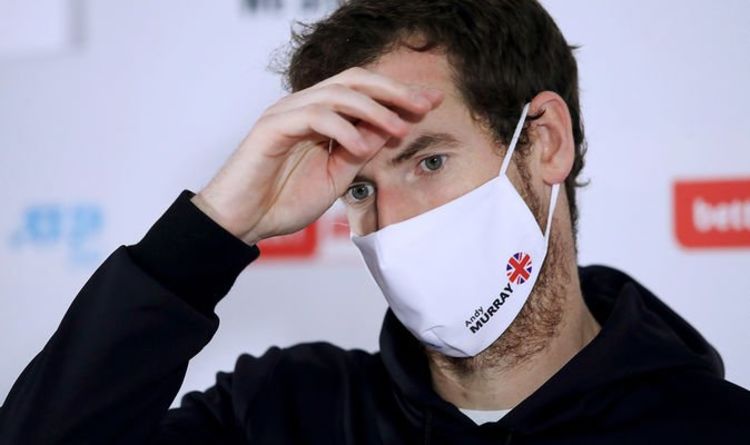 Andy Murray has tested positive for coronavirus just weeks ahead of the Australian Open. Murray is set to compete at the Grand Slam which is set to begin on February 8 but that is now in jeopardy. The Brit was a wildcard pick for the tournament in Melbourne, having previously been expected to retire.

Murray is set to play in the Australian Open next month but contracting the virus could have an impact on his participation in Melbourne.

The Scot is currently isolating at home but is hoping to be fit for the Grand Slam and to be able to travel in time.

Murray could potentially arrive later than planned if he is well enough to do so, according to the Daily Mail.

The former Wimbledon and Olympic champion had previously pulled out of the Delray Beach event over concerns surrounding the pandemic.

Murray had been given a wildcard into the Australian Open with tournament director Craig Tiley saying: “We welcome Andy back to Melbourne with open arms.

“As a five-time finalist, he has been an integral part of so many amazing matches and storylines in the recent history of the Australian Open.

“His retirement was an emotional moment and seeing him come back, having undergone major surgery and built himself back up to get onto the Tour again, will be a highlight of AO 2021.

There is thought to have been a minor Covid outbreak at Roehampton’s National Tennis Centre.

The bulk of Murray’s recent training has been done at the venue with fellow player Paul Jubb also contracting the virus.

Murray has been isolating for serveral days and the Australian Open is prepared to offer the star as much leeway as they can.

The Brit has appeared in five finals in Melbourne but never lifted the trophy.

Tennys Sandgren was allowed to fly to Australia despite testing positive for the virus.

He tested positive on Monday but was given special dispensation to travel from Los Angeles to Australia last night.

Murray announced what many thought was his retirement at the tournament two years ago.

Since then he has had hip surgery and worked hard to get back into competitive shape.

WandaVision to Premiere on Disney+ with Two Episodes

Yes, Disney World Already Shut Down The Hall Of Presidents…