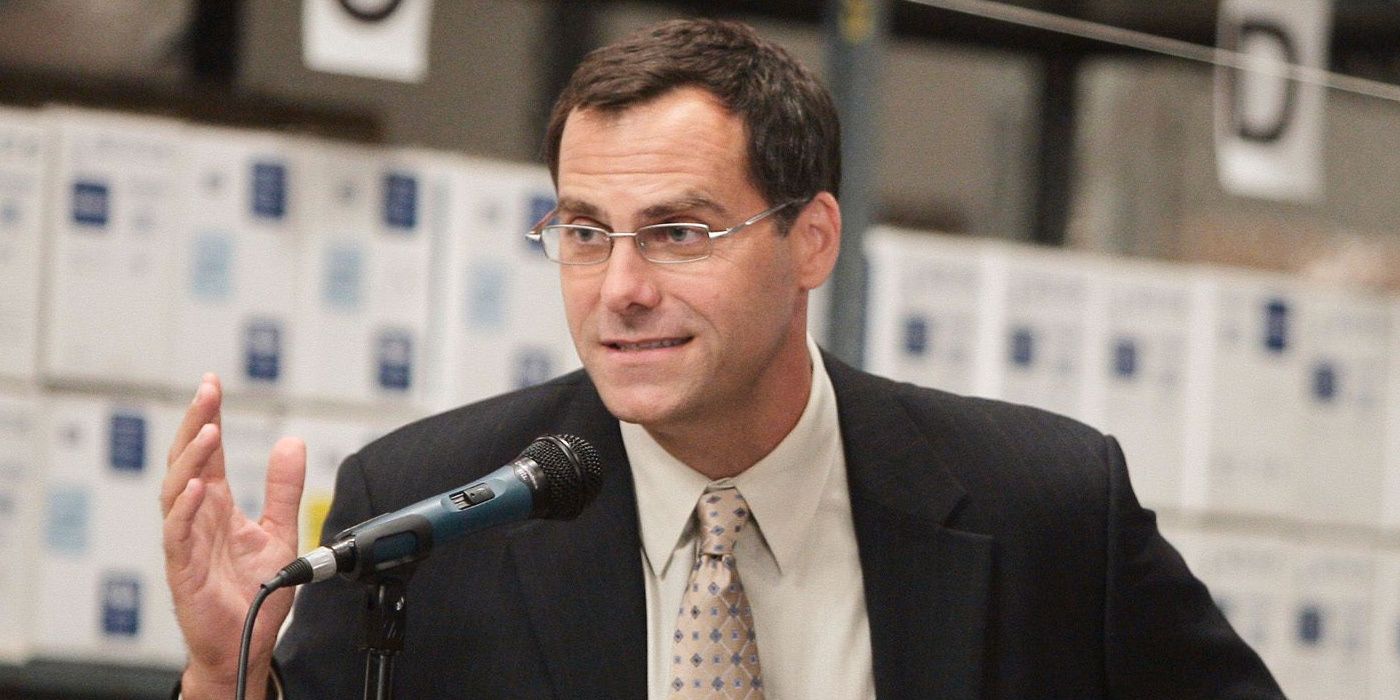 The actor joyfully reflects on his time playing David Wallace on the NBC series.

It’s a testament to the power of Andy Buckley’s performance as David Wallace on the iconic NBC series The Office that, while he didn’t have nearly as much screen time as the other regular cast members, his character endures as one of the show’s most beloved. Buckley first appeared as Dunder Mifflin CFO David Wallace in the Season 2 episode “Valentine’s Day” but didn’t return until the final third of Season 3, and then had a more regular appearance throughout Season 4 and 5 as the future of Dunder Mifflin was in question.

But suffice it to say, Buckley made an impact, so I was delighted to be able to speak with the actor behind David Wallace recently to promote The Office’s arrival on the streaming service Peacock. During our brief conversation, Buckley’s enthusiasm for the show and this character were infectious. As you’ll see in the video interview, he’s wearing a Dunder Mifflin shirt and even has another surprise item of clothing that comes up later in the interview.

I only had limited time with Buckley, but given David Wallace’s hit or miss decisions while working at Dunder Mifflin, I asked him if he thought Wallace was a good boss and also who David’s favorite manager was throughout his time with the company. We also talked about the iconic “Suck It” song, as Buckley joyfully recounted how he had to write the music to the song himself and only had a limited number of takes to land the performance – in an episode directed by John Krasinski, no less. And finally, Buckley talked about his favorite parts of making the series, and how when Wallace started going into the office more, Buckley finally felt like he was a bigger part of the Office team.

Fans of the show and David Wallace in general will hopefully find this interview as fun to watch as it was to conduct. Watch it in full above, and check out my interview with Meredith herself Kate Flannery. All seasons of The Office are now streaming on Peacock.