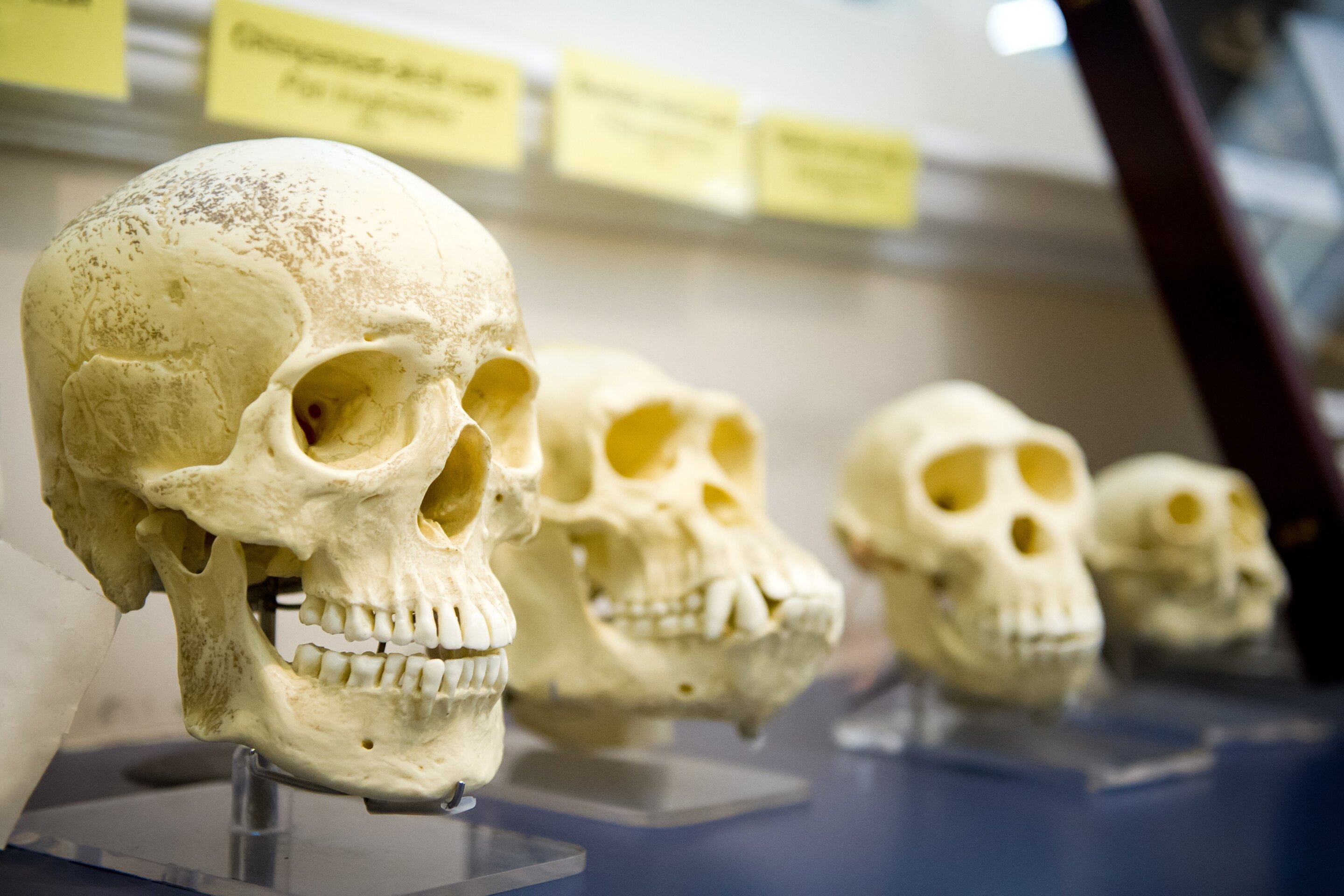 Advances in studying ancient DNA from prehistoric remains provides us with new insight into the life of our African ancestors and the emergence of the modern human.

Humans all share a common African ancestry, making African history everyone’s history. Yet little is known about the genetic evolution of people living on the continent in the distant past.

Thanks to advances in genome sequencing technology, scientists are now able to compare the DNA of people alive today with DNA extracted from very old skeletons, giving us a unique snapshot of life in Africa from many thousands of years ago.

In the field of human genetics, the story of Mother Eve is a familiar one. It describes how all living humans descend from one woman who lived in Africa 200,000 to 300,000 years ago.

Evidence comes from studies of mitochondrial DNA (mtDNA)—a segment of genetic material found in the human cell. Amongst other things, it permits the study of relatedness in populations. Because only mothers pass it down, it reveals the direct evolutionary line between a person living today and their most distant female ancestor.

But like most simple stories, the tale of mitochondrial Eve is neither entirely accurate nor complete. While scientists agree that the dawn of humans did indeed occur in Africa, Eve would have been one of many human females living at the time, and she would not have been the first.

Unfortunately, the reality is that mtDNA gives us limited insight into the timelines, or the patterns, of population spread and dispersal.

Molecular biologist Dr. Mateja Hajdinjak explains the significance of this knowledge gap. “African population history has shaped the world we all live in, so until we can reconstruct the events from Africa’s past, going back thousands of years, we can’t fully understand how modern humans emerged.”

Dr. Hajdinjak is the post-doctoral researcher on the ORIGIN project, a research initiative based at the Francis Crick Institute in London, U.K., that is analyzing DNA from human remains found in archaeological sites in Africa.

The goal of ORIGIN is to reconstruct African prehistory using ancient DNA analysis.

The information yielded from these DNA samples is being studied alongside the findings of the project’s archaeologists, paleontologists and museum curators.

Dr. Hajdinjak is among a growing number of researchers working hard to fill in the historical blanks by moving beyond analysis of mtDNA to use the latest techniques in whole genome sequencing. This allows researchers to compare the DNA of people living today with DNA extracted from very old skeletons.

“One of our basic questions is, how can we use ancient DNA to reconstruct past population migrations within Africa and between Africa and other parts of the world?” said Dr. Hajdinjak.

She adds that little is known about the past genomic landscape across Africa, as much of the genetic change occurred on the continent when some groups shifted from their hunter-gatherer way of life to become agriculturalists between 3,000 and 7,000 years ago.

“By comparing past genomes, we can see how different human groups are interconnected, and how migrations happened at different times in history. Migrations allow people to mix and reproduce with new groups, which changes human biology over time.”

A lot is already known about ancient European history thanks to modern sequencing techniques, but ancient DNA studies of African samples have lagged behind. The reason for this is that DNA degrades over time, and especially in the hot and humid climates that prevail in Africa.

However, thanks to cutting-edge genome enrichment tools that allow DNA from the tiniest fragments of bone or teeth to be extracted and then amplified, scientists are starting to make good progress sequencing ancient DNA from Africa too.

By studying the data in this way, the researchers are starting to reconstruct events from the distant past and to probe the relationships that emerged between different African populations.

The aim of ORIGIN is not simply to satisfy our natural curiosity about where we came from, but also to unravel the timeline of our genetic evolution, and to use this information to predict how we might evolve into the future.

Some genetic mutations will have been instantly beneficial to our African ancestors, and will have persisted through the gene pool to this day, thousands of years after they first arose. A key example is lactase persistence—the ability to digest milk into adulthood.

Milk and milk products are a valuable source of energy, yet the default ancestral state is lactose intolerance. For adults living in early African farming communities, the ability to convert milk from their herds into glucose may have given them an evolutionary advantage over their lactose intolerant neighbors.

Another genetic variant that would have boosted human survival when it first emerged is the sickle cell mutation. This genetic variant confers a degree of protection against malaria.

However, the mutation is something of a double-edged sword, as it is also responsible for sickle cell disease—a serious and life-long condition that is prevalent in parts of Africa to this day.

“It would be very important to reconstruct how sickle cell mutations first appeared and spread,” said Dr. Pontus Skoglund, supervisor of the ORIGIN project.

“By understanding when mutations happened and how they spread, we can better understand how humans respond to evolutionary challenges,” said Skoglund.

Researchers involved in the EU-backed AfricanNeo project are particularly intrigued by early farming practices in Africa. They are comparing samples of ancient DNA with contemporary DNA to refine their understanding of when African populations started migrating across their continent.

These migrations had a huge impact on the genetic mixing of groups, but the researchers are finding that this “expansion” was a complex series of events that cannot be encapsulated into a neat mitochondrial Eve-style narrative.

“Expansion was not uniform across the continent,” said Associate Professor Carina Schlebusch. She is an evolutionary biologist at the University of Uppsala in Sweden—and principal investigator of the project.

“Some hunter-gatherer groups were replaced by farmers,” she said, referring to the likelihood that conflict would have arisen between populations wanting to occupy the same land, and that farmers would have enjoyed a competitive edge over hunter gatherers. “Other groups interacted and exchanged genes, and others still remained isolated for far longer than you might expect.”

It’s clear why we should all care about these complex events from Africa’s distant past, according to Dr. Schlebusch.

“History tends to repeat itself,” she said. “These past migratory events may well play a role in how we behave in our future. For example, climate change means there is likely to be more pressures on people who are forced to leave their homes. There is a chance there will be more conflicts between populations and that some minority groups will be replaced.”

“The more we learn about our history,” she said, “The more we can predict how things will work out in the future.”