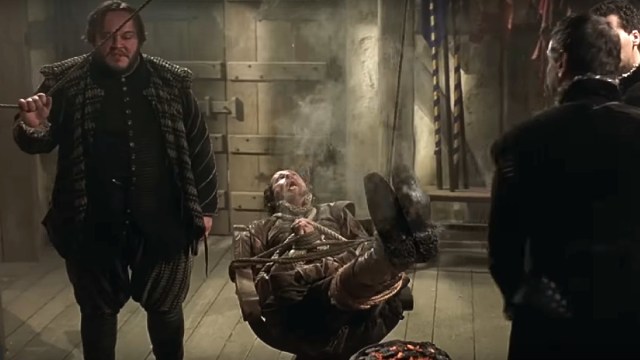 It’s been almost a quarter of a century since one of the biggest upsets in Academy Awards history shocked the world, and people are still struggling to wrap their heads around the fact Shakespeare in Love was named as Best Picture.

That’s not to say it’s an outright awful or widely-despised movie, quite the opposite in fact. John Madden’s period-set romantic drama took home a phenomenal $289 million at the box office on a $25 million budget, and retains a Rotten Tomatoes score of 92 percent to this day. However, there was a Saving Private Ryan-shaped elephant in the room that overshadowed Shakespeare in Love‘s questionable victory.

Steven Spielberg’s World War II epic was the second highest-grossing release of 1998 and an instant classic, one that also racked up 11 Oscar nominations of its own. It may have won six, including Best Director, but it reeks of Hollywood backslapping and campaigning that it was overlooked for the biggest gong.

Sure enough, the number one reason why Shakespeare in Love scooped Best Picture has been pinpointed as disgraced producer Harvey Weinstein, who allegedly bullied his talent into taking on a mountainous volume of press duties to drum up support, while he was blasted for cheap publicity tactics that benefited his desire to win the big one.

It became something of an industry-wide scandal at the time, but even Weinstein’s grubby fingerprints haven’t dissuaded streaming subscribers from giving Shakespeare in Love another shot. Per FlixPatrol, the whimsical love story has returned with a vengeance on the Rakuten ranks, without a Saving Private Ryan in sight to provide competition.