An income tax refund is not free money 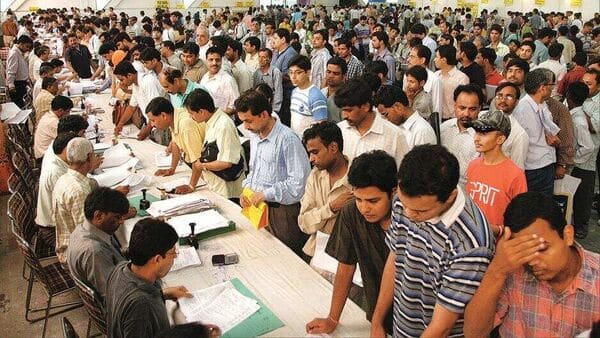 These records tell us several things.

First, after several years of problems, the income tax filing system seems to have finally sorted itself out. The system has come a long way from around a decade and a half back when it was launched. In the initial days, anyone could hack into anyone else’s income tax account as long as they had access to some basic information like the PAN and date of birth. Second, the fact that nearly one-eight of the filings happened on the last day tells us that many tax return filers were confident and if not they were at least hoping that the government would extend the last date as it has over the last few years.

It’s a good thing that the government did not extend the last date given that it makes those who filed their return on time look stupid. And that shouldn’t be the idea. In fact, extending the last date during the peak of the covid pandemic made sense, but there was no logic to doing that this time around, especially when the website wasn’t breaking down.

The question is why do people delay filing their income-tax returns. The answer perhaps lies in the fact that many of us take our money management decisions very lightly. While we may spend weeks at end pondering over which mobile phone to buy, where to take a holiday, etc., decisions regarding money management which do not provide the same kind of thrill that decisions regarding spending money do tend to get postponed.

A good example of this is the fact that many people get around to making their tax saving investments only in March, when they have the whole year to do so. In the process, they end up burning their fingers and investing in the wrong product. Similarly, from the end of the financial year in March to end July, there is more than enough time to file the income tax return. In case of the salaried, Form 16 is not immediately available. But by early to mid-June, it does become available in most cases. That still leaves a minimum of six to eight weeks to file the return. Nonetheless, many people end up postponing it to the very end. This also stems from the fact that in many cases people have very little understanding of how the income tax system works in their specific cases. Things can get complicated on this front, but for individuals at the beginning of their career who largely make money through their salaries, they are quite simple. Hence, it makes sense to have a basic understanding of taxes as soon as one starts one’s career. Over the years, as the income increases and the system gets complicated due to different kinds of incomes being earned, things can always be learnt incrementally. Even after hiring a chartered accountant (CA) to file the tax return, there is no harm in understanding how the system works. For one, even CAs make mistakes.

Finally, now that the income tax returns have been filed, income tax refunds will start coming in. In their minds, many people treat this as free money and like to blow it up. But the fact of the matter is that it is basically a delayed income. For the salaried, it is a deferred payment of salary. Or to put it simply, it is your hard-earned money being returned to you. Hence, treat it like you would treat your salary income or your business income and not like free money.

Vivek Kaul is the author of Bad Money.

Denial of responsibility! My droll is an automatic aggregator of the all world’s media. In each content, the hyperlink to the primary source is specified. All trademarks belong to their rightful owners, all materials to their authors. If you are the owner of the content and do not want us to publish your materials, please contact us by email – [email protected]. The content will be deleted within 24 hours.
e-filing portalincome tax refundITRpersonal financetaxpayers
0
Share