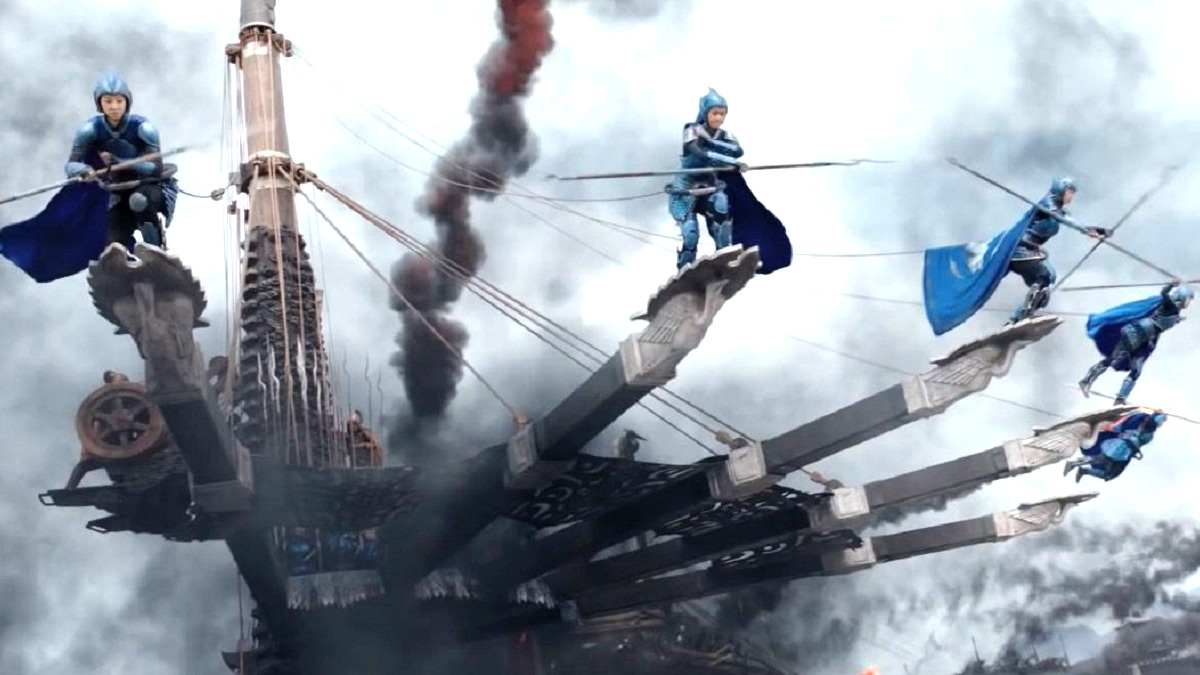 The advent of the streaming wars has seen distribution deals and on-demand contracts scattered to the four winds, but it seems as though anyone with a hankering to see blockbuster fantasy epic The Great Wall has found themselves in luck.

Hero and House of Flying Daggers director Zhang Yimou’s tale of the titular landmark being used as a means to defend China from an invasion of furious green creatures may have earned a decent $334 million at the box office, but the $150 million budget and associated marketing costs saw it go down as a flop that lost anywhere up to $75 million, while it bombed hard in the United States for good measure.

Reviews were equally tepid, too, with The Great Wall boasting critical and user scores of just 35 and 42 percent on Rotten Tomatoes, but it’s still managed to become one of the biggest hits on a pair of rival platforms this weekend. As per FlixPatrol, Matt Damon and his man-bun have battled to sixth spot on the Netflix global charts (landing on the Top 10 in no less than 51 countries).

Not only that, but at one stage or another during the last seven days, the financial fiasco has also scored a spot on Prime Video’s list of 10 top titles in a further 29 nations, turning it into one of the biggest streaming smash hits to come along all month. That’s a fair turnaround for a lavish tale of men and monsters that’s already been largely forgotten about, despite The Great Wall only arriving in theaters to much fanfare in February of 2017.

Shooting in Richmond leaves one dead

Here’s How Kate Middleton’s Kids Reacted To Her Engagement…

A cold winter is awaiting mobile networks and phones in…