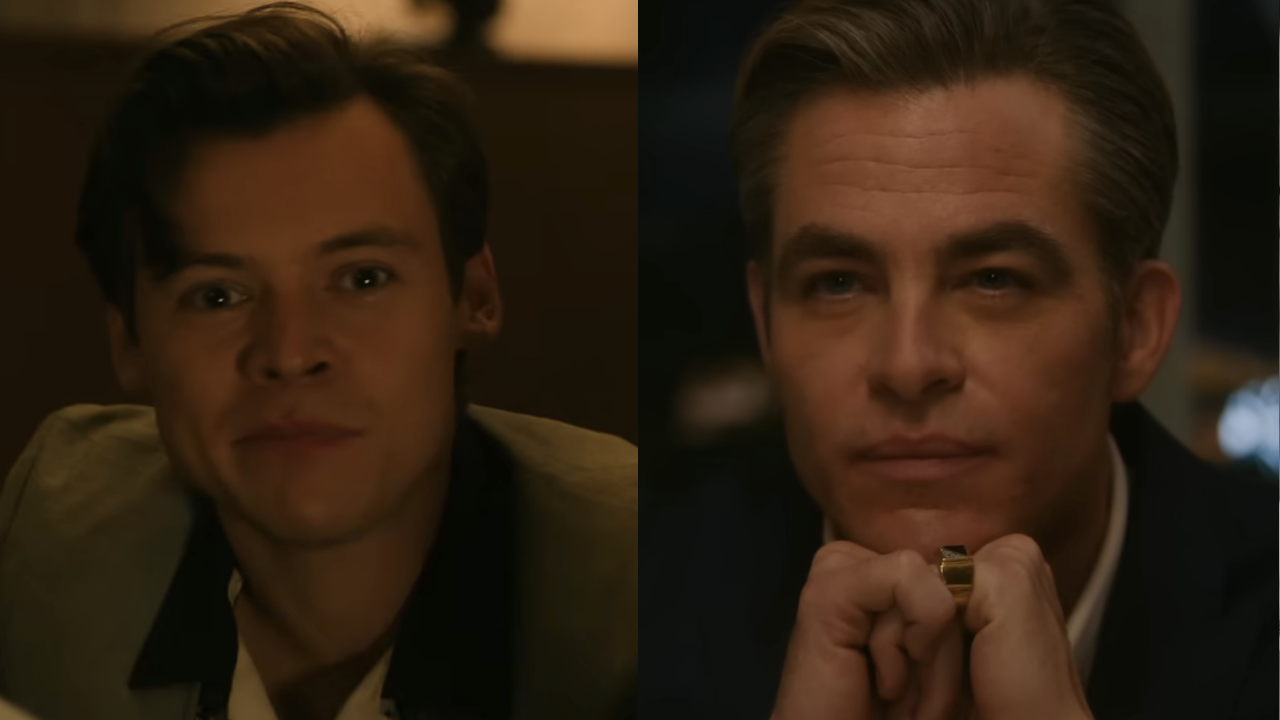 Olivia Wilde’s upcoming psychological thriller Don’t Worry Darling has been making headlines since it’s been in production, and not necessarily for the contents of the movie itself. A number of controversies have been surrounding Wilde’s sophomore directorial effort, including her rumored feuds with Shia LaBeouf and even the movie’s leading lady Florence Pugh. And amid various cases of Don’t Worry Darling drama, now fans think Harry Styles spit on Chris Pine during the premiere.

Don’t Worry Darling stars a killer cast of talent, which is led by the trio of Florence Pugh, Harry Styles, and Chris Pine. The ensemble recently assembled for the movie’s world premiere at the Venice Film Festival, despite the drama and rumors surrounding the project. But now another controversy has been added to the list, as some fans think that Styles spat on Pine before sitting down. The rumors of the interaction has circulated around social media outlets like Twitter, check out for yourself below,

#HarryStyles appears to spit on Chris Pine i won’t sleep until i know the truth pic.twitter.com/wLXjIHTYgUSeptember 6, 2022

This clip definitely turned a few heads, and some folks truly think that Harry Styles spit on his Don’t Worry Darling co-star before sitting down. This clip has since gone viral, as folks online try to be detectives. Let’s break down the latest drama surrounding Olivia Wilde’s upcoming movie.

All eyes were on the cast of Don’t Worry Darling as they assembled at the Venice Film Festival, posing for a group photo despite various rumors circulating around the project. And considering the massive popularity of pop star/actor Harry Styles, every movement he made was captured on video. But did he actually spit on his co-star?

Plenty of folks online made it their mission to find out the truth of the situation. This includes some folks who slowed down the clip to get to the truth. And upon close inspection, it doesn’t look like any spit is leaving Styles’ mouth. Check it out for yourself,

Earlier in this thread another possible reason was given for Chris Pine’s big reaction during this clip: he seemingly discovers that his sunglasses are in his lap. While it remains to be seen if Pine or Styles’ team will respond to this rumor, it’s yet another reason why folks are invested in what’s happening with Don’t Worry Darling. As a reminder, you can check out the movie’s steamy trailer below,

It remains to be seen if all of the rumors and possible drama surrounding Don’t Worry Darling ultimately help or hinder its box office performance. They say any publicity is good publicity, and there’s certainly been plenty of chatter about Olivia Wilde’s new movie. And that might inspire folks to go see it in theaters and see what all the fuss is about.

Don’t Worry Darling will arrive in theaters on September 23rd. In the meantime, check out the 2022 movie release dates to plan your next movie experience.