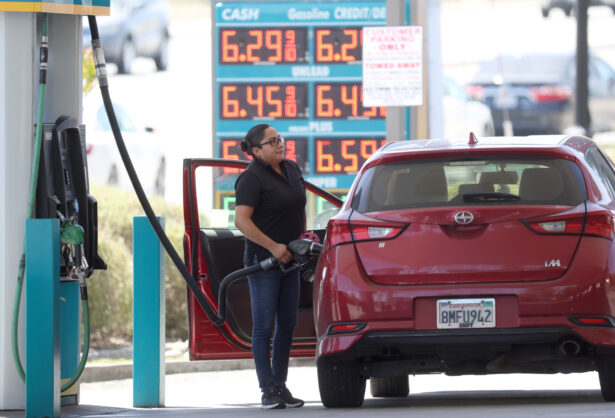 Prices at the pump have fallen along with the cost of a barrel of crude oil. But the CEO of Chevron, one of the world’s largest energy companies, thinks consumers in the United States should be prepared for a shock when they get home heating bills this winter.

Chevron chairman and CEO Mike Wirth said in an interview with CNN’s Poppy Harlow that “there’s certainly a risk that costs will go up” for American consumers.

Wirth is not predicting a rise of the magnitude seen in Europe, where prices have skyrocketed, largely due to the impact of Russia limiting exports of natural gas. The energy situation in the United Kingdom and on the continent is far more dire.

“Prices already are very high relative to history and relative to the rest of the world. We’re already seeing this impact being felt in the European economy and I do think it’s likely that Europe goes into a recession,” Wirth said.

But he told CNN that natural gas prices could be “significantly higher” this winter in the United States.

Oil prices are up more than 15 percent so far this year. That has helped boost sales, earnings, and the stock prices of companies like Chevron. Shares of Chevron are up nearly 40 percent in 2022, making them the best performer in the Dow. Rival Exxon Mobil has soared almost 60 percent.

Chevron reported net income of $11.6 billion in the second quarter and analysts are forecasting that the company will post an annual profit of $36.2 billion.

Harlow asked Wirth if a so-called windfall tax on oil industry profits, as some Democratic lawmakers have called for, would make sense. Wirth strongly disagreed.

“Windfall profits taxes have been tried before in this country. They didn’t achieve the goal that was desired,” he said.

Wirth argued that energy prices will go down if there is more supply in America … and companies like Chevron will produce more oil if they have the financial motivation to do so.

“If you increase taxes on the industry, that does not incentivize investment, it discourages investment. And that’s a simple economic truth,” Wirth said. “We work around the world and our capital is mobile. And so a windfall profits tax in one country is likely to move that investment somewhere else.”

Wirth also pointed out that the energy industry is notorious for having big boom periods and equally bad busts. So he did not think that Chevron should be penalized now because prices are high.

“I recognize that high energy prices are difficult for consumers. That’s why we’ve talked about increasing production, trying to increase supply to markets in a commodity business,” he said. “You go through these cycles. Two years ago, we were losing billions of dollars a quarter. Now we’re making strong profits.”

Wirth is not a fan of calls from US Energy Secretary Jennifer Granholm to ban exports of American oil to nations that may need more crude.

“An export ban runs the risk of taking supplies that are needed in other parts of the world and reducing those which can drive world prices up, which then can affect the price of imports into this country,” he said.

Wirth expressed broader concerns about how politicized oil prices have become as well.

He said he’s had more discussions with the Biden administration lately than he did during the president’s first few months in office, but he remains concerned about some of the “sharp rhetoric” from the White House and others in Washington about inflation. He said politicians are not always “well informed about how energy markets really work.”

I See Red Set To Be Released Later This Month