AMD will announce Ryzen 7000 CPUs August 29. Here’s everything we know about them 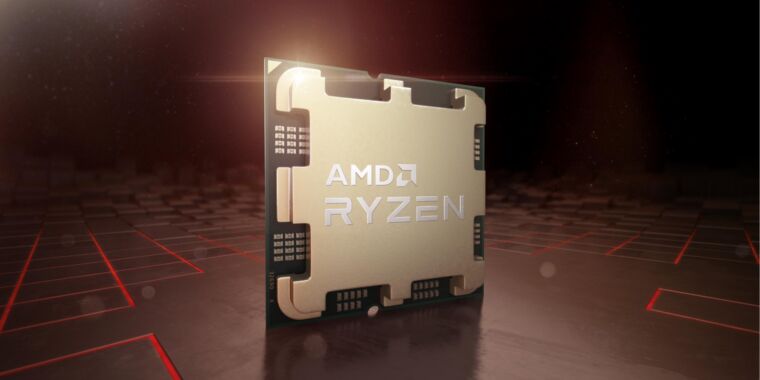 The final phase of AMD’s Ryzen 7000 CPU rollout is approaching, nearly nine months after initially teasing them at CES. The company will livestream their formal unveiling at 7 pm Eastern on Monday, August 29, alongside more details about the AM5 processor socket and 600-series chipsets. Expect to hear more specific news about performance, plus pricing and availability, for the first of what will presumably be many Zen 4-based processors.

AMD has been releasing a steady drip of details about the new CPUs since January, and various leaks and rumors have filled in some of our other knowledge gaps. Let’s briefly summarize what we know (and what we think we know).

Compared to the nearly 2-year-old Ryzen 5000 processors and the Zen 3 architecture, AMD says that we can expect at least a 15 percent improvement in single-threaded performance, thanks to both clock speed increases and an 8-10 percent increase in instructions-per-clock (IPC). The company also promises performance-per-watt improvements, in part thanks to a new 5 nm manufacturing process (Zen 3 CPUs are 7 nm parts).

As for multi-core performance, Zen 4 CPUs will benefit from increased clocks and IPC, but also from the new AM5 CPU socket’s increased power usage limits, which will let CPUs with lots of cores draw more power (and thus, run faster) for longer.

One thing that won’t be improving with Zen 4 and Ryzen 7000, according to rumors and leaked retail listings, is total CPU core counts. AMD allegedly plans to introduce a 6-core Ryzen 5 7600X, an 8-core Ryzen 7 7700X, a 12-core Ryzen 9 7900X, and a 16-core Ryzen 9 7950X. All of these core counts are consistent with their Ryzen 5000 predecessors. Unlike Intel, Apple, and most Android chipmakers, AMD isn’t throwing in a bunch of small cores to bump up the overall core count.

The “X” suffixes also point to these being higher-performing and higher-cost parts, which would mirror the way AMD launched the Ryzen 5000 family. Zen 3 only gradually trickled its way down to the sub-$200 price point and non-X CPUs, and I’d expect Zen 4 to be the same way, though possibly for different reasons.

With Ryzen 5000, AMD was dealing with a host of pandemic-caused (or pandemic-worsened) conditions: jammed-up supply chains, a global chip shortage, and historically high PC demand. By contrast, most PC and PC-adjacent companies are predicting a collapse in demand over the next couple years, and many are already seeing it on their balance sheets. If Ryzen 7000 stays expensive, it will be partly because the entire platform is more expensive in a way that will initially repel budget-focused buyers, which leads us to our next section.