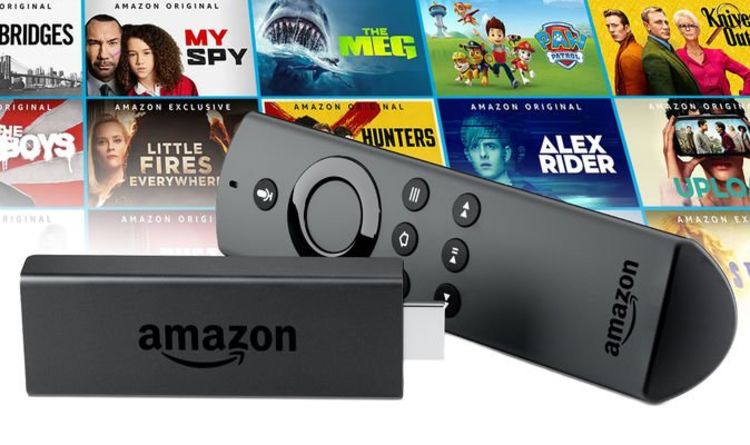 Amazon has added a new “Live” tab to the menu on all of its Fire TV gadgets – allowing viewers to immediately drop into live sport fixtures or linear broadcasts. Amazon has increasingly invested in live sports, including the rights to broadcast the ATP Tennis Tour and a number of Premier League matches, so it makes sense to include a dedicated tab to live content.

Until now, Fire TV has been geared towards on-demand video, like boxsets and movies from its own Prime Video, Netflix, Shudder, and BBC iPlayer, to name a few. These shows are presented in the main menu with expansive title cards and embedded trailers. Amazon analyses your viewing history to suggest new shows and movies enjoyed by people with similar taste.

Apps and games are also prominently highlighted within the menu, which was redesigned at the end of last year. While some of the most affordable Fire TV streaming dongles have already benefited from the new software upgrade, Amazon’s priciest kit, including its £109 voice-controlled Fire TV Cube, won’t be updated until later this month.

The redesigned Fire TV software introduced three new tabs at the top of the navigation menu, Library, Home and Find. It also added shortcuts to some of the most frequently accessed apps in the same menu bar at the top of the screen. The new Live tab lives between Find and Library.

Live was introduced in the United States last year, where a dizzying number of providers have signed-up to feature their linear channels and live events inside the tab. UK Fire TV viewers are a little behind the curve here, but hopefully, broadcasters will be quick to add support for the feature in their Fire TV apps.

For anyone who uses their Fire TV gadget to stream live events, this shortcut could prove to be a real timesaver. The new tab won’t only play host to Amazon’s own content. The Seattle-based retail firm has confirmed that My5 and TV Player are the first third-party services that have been updated to integrate into the new Live tab. The arrival of the latter means you’ll be able to access popular linear channels from the likes of BBC, ITV, Channel 4, and more.

Crucially, this brings Fire TV closer to replacing the likes of Freeview and Sky Q than ever before.

As you might expect, Prime Video Channels and Prime Video Live Events are fully integrated into the Live tab, so you can access and browse live content from Eurosport, Discovery and more with a paid subscription. Amazon says it’s working to expand the number of integrated third-party apps and services on the Live tab in the coming weeks and months.

The Live is already rolling out to customers today and should be available on all Fire TV devices in the UK over the next few weeks.

The latest addition puts Fire TV significantly ahead of rivals from the likes of Google, Roku and Apple. While all of these offer a similar selection of apps (with some high-profile apps missing in each of these platforms, except for Roku), and intelligent suggestions based on your previous viewing history, none have quite brought the experience of tuning into a live event to these HDMI dongles.

For those who want to watch the latest sporting fixture or live concert, these haven’t quite managed to top traditional TV boxes from the likes of Freesat, Freeview, Virgin Media’s TiVo, or Sky Q. With this new update, that could finally be changing.