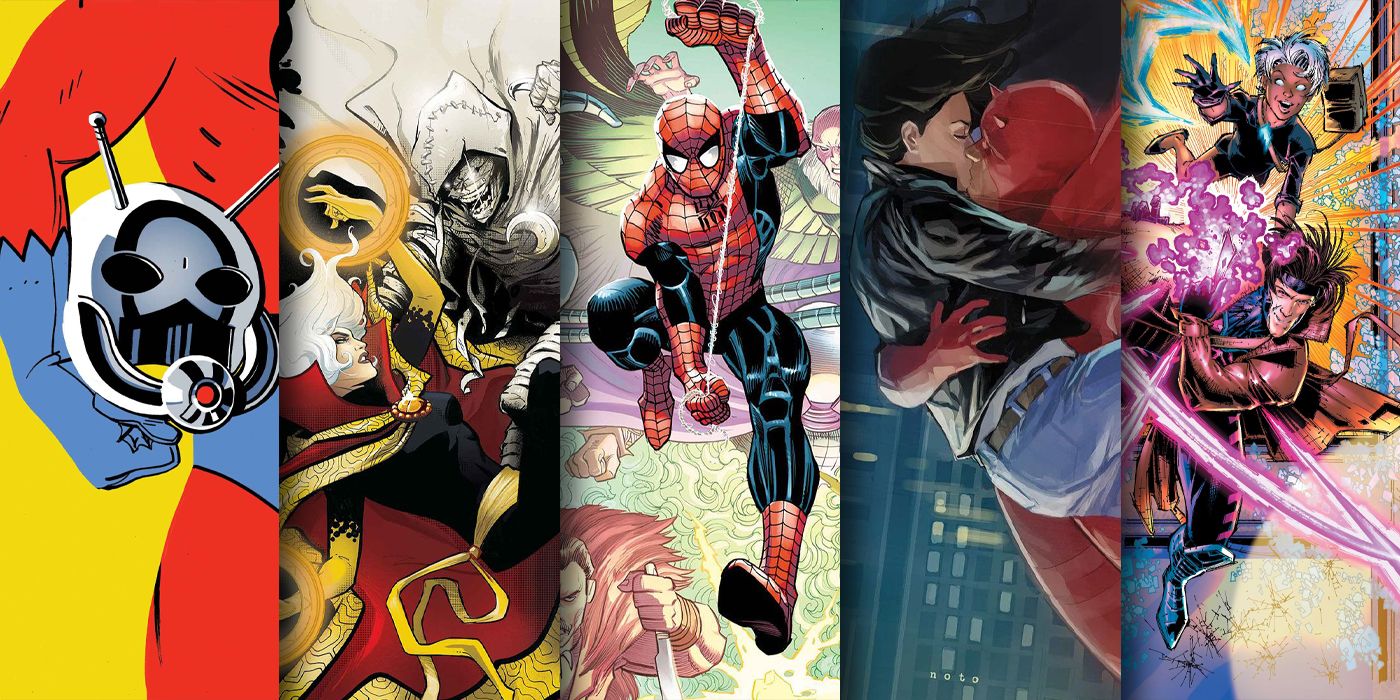 The Amazing Spider-Man hits a milestone issue during the hero’s 60th anniversary, while Ant-Man has his own celebration with the debut of a new title.

Spider-Man is celebrating a special anniversary in Marvel’s new releases.

The Amazing Spider-Man #6 marks the title’s legacy 900th issue, arriving just in time for Spidey’s 60th anniversary after the character first appeared in 1962. The oversized issue introduces a new villain based on the wallcrawler’s classic rogues’ gallery, the Sinister Adaptoid, which possesses the powers of each member of the Sinister Six: Doctor Octopus, Vulture, Kraven the Hunter, Electro, Mysterio and Sandman. However, Spider-Man is not the only bug-themed superhero celebrating a milestone with Marvel’s Wednesday releases.

Also out is Ant-Man #1, a new title by writer Al Ewing and artist Tom Reilly that will explore the different iterations of Ant-Man over the years, from Hank Pym to Eric O’Grady, Scott Lang and even a future Ant-Man from the year 2549. Like Spider-Man, the miniseries arrives right in time for Ant-Man’s 60th anniversary. The title will end in October with Ant-Man #4, which teases a team-up between all four Ant-Men given the spotlight in the series.

Other notable mentions for Marvel on Wednesday include the debut of Gambit, Genis-Vell: Captain Marvel and Wild Cards: The Drawing of Cards. The cover for The Variants #2 points towards a Jessica Jones/Daredevil romance, while Strange #4 will return Moon Knight’s dangerous brother, Shadow Knight, to comics in a zombified form. The full list of releases can be found alphabetically below, covers and solicitations included.

All of these issues go on sale July 27 from Marvel Comics.

How to Avoid Work Distractions and Maintain Your Willpower

Annapurna Showcase Scheduled For This Week