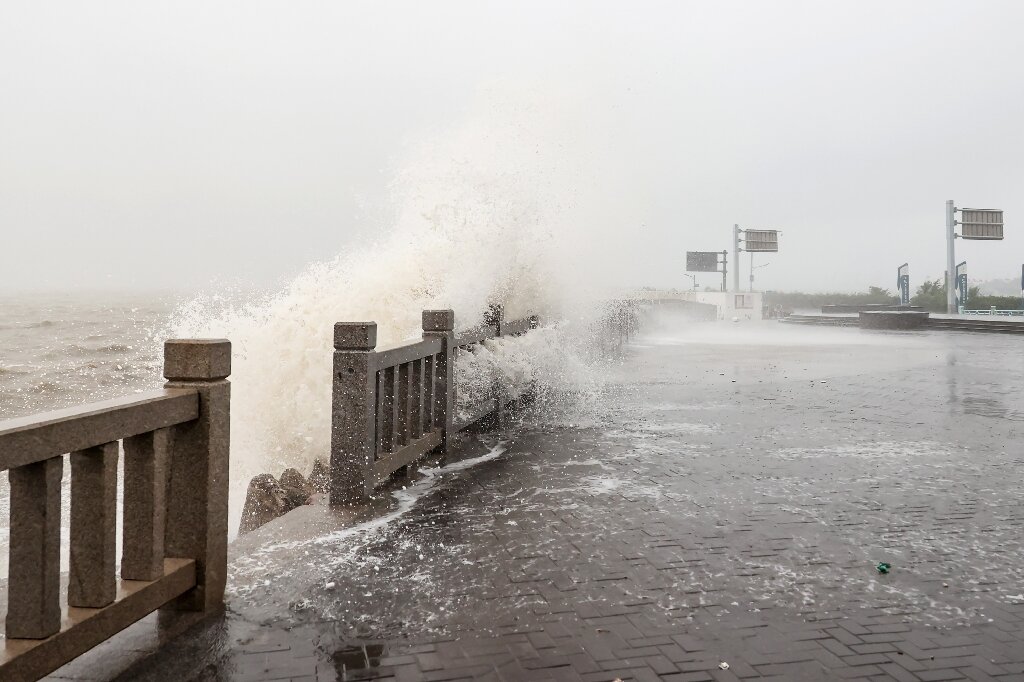 The highest wind speed recorded on landfall was 42 metres per second, making it the strongest typhoon to make landfall in China this year, according to state broadcaster CCTV.

China’s Central Meteorological Administration issued its highest-level typhoon alert for the first time this year, saying Muifa would increase in intensity as it approaches the coast.

“Relevant areas should pay attention to the prevention of flash floods and geological disasters that may be caused by heavy rainfall,” it added.

The typhoon is expected to move from Zhoushan, home to the busiest port in the world in terms of cargo tonnage, through the coastal provinces of Jiangsu and Fujian carrying gusts of up to 172 kilometres (107 miles) per hour.

Shanghai Airport Group said in a social media statement that it “will announce flight adjustments at both airports to the public in a timely manner, in line with the typhoon’s impact”.

The storm comes soon after Typhoon Hinnamnoor hit Shanghai and its neighbouring region last week, causing the suspension of Shanghai ferry services and school closures in parts of Zhejiang.

Temporary emergency shelters have been set up around Shanghai, CCTV reported, as well as an emergency evacuation zone spanning over 30 kilometres (18 miles) along the city’s coastal area.

Muifa is the 12th typhoon to hit China this year, according to state media.

Its impact is expected to gradually decrease as it moves further north inland on Thursday, CCTV said.