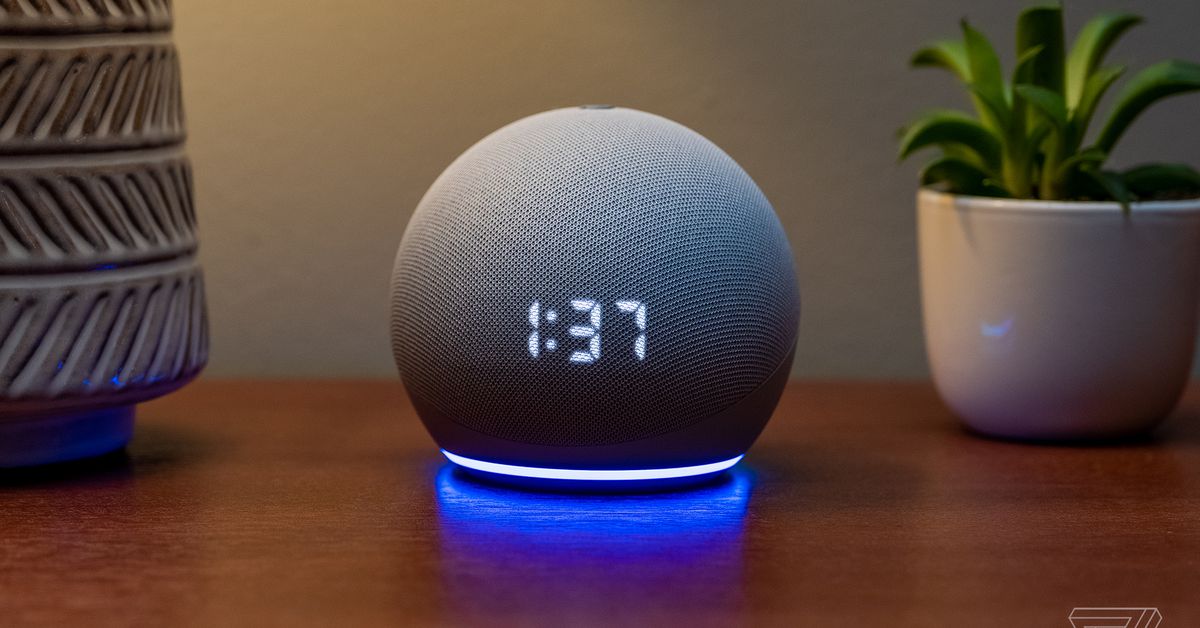 You’ve heard of Live Caption, but the Pixel 6 is…

The Magic Keyboard with Touch ID is now available separately…

Amazon has quietly started rolling out a new masculine-sounding voice option to its Alexa virtual assistant along with a similarly masculine-sounding wake word to trigger the assistant: “Ziggy.” (The odd choice of name is presumably to fit into Amazon’s love of “A to Z”-style branding.)

The new voice option was actually added several days ago alongside an announcement for new celebrity voices like Shaq and Melissa McCarthy, but it went largely unnoticed until it was spotted by The Ambient. You can hear a sample of the new voice option here.

The “Ziggy” wake word joins the existing “Alexa,” “Computer,” “Echo,” and “Amazon” wake words that have already been available to use with Alexa for years. Amazon isn’t specifically associating “Alexa” with the feminine-sounding voice and “Ziggy” with the new masculine-sounding option; users can use either of the voice options with any of the wake words.

You can switch between the two voice options — which Amazon refers to as “Original” and “New” — by asking Alexa to “Change your voice,” and you can similarly select a new wake word by asking it to “Change your wake word.” The change seems to be device-specific, though, so you’ll have to set the new voice on each of your Alexa devices.

Amazon has been a holdout when it comes to offering a masculine-sounding voice option for its digital assistant; Apple and Google offer multiple voice options for Siri and Google Assistant, respectively. Neither of those companies associates specific voices with gender anymore, either: Apple’s Siri options are presented as “Voice 1” and “Voice 2,” while Google’s voice options are listed under a variety of colors.

Amazon has only offered its feminine-sounding option since the Echo was first introduced back in 2013. And while The New York Times notes that Alexa will respond to questions about gender by replying “I’m not a woman or a man, I’m an AI,” Amazon itself still tends to refer to the Alexa personality using gendered “she” and “her” pronouns in its documentation.

That’s despite that same documentation emphasizing that Alexa is not “a person with a physical body or a gender identity” and that “Amazon doesn’t let organizations (for example, skills or AVS) refer to Alexa as ‘she’ or ‘her.’”

The new masculine-sounding Alexa voice option is reportedly only available in the US for now, but it will presumably be making its way to other regions soon.

You’ve heard of Live Caption, but the Pixel 6 is getting Live Translate too