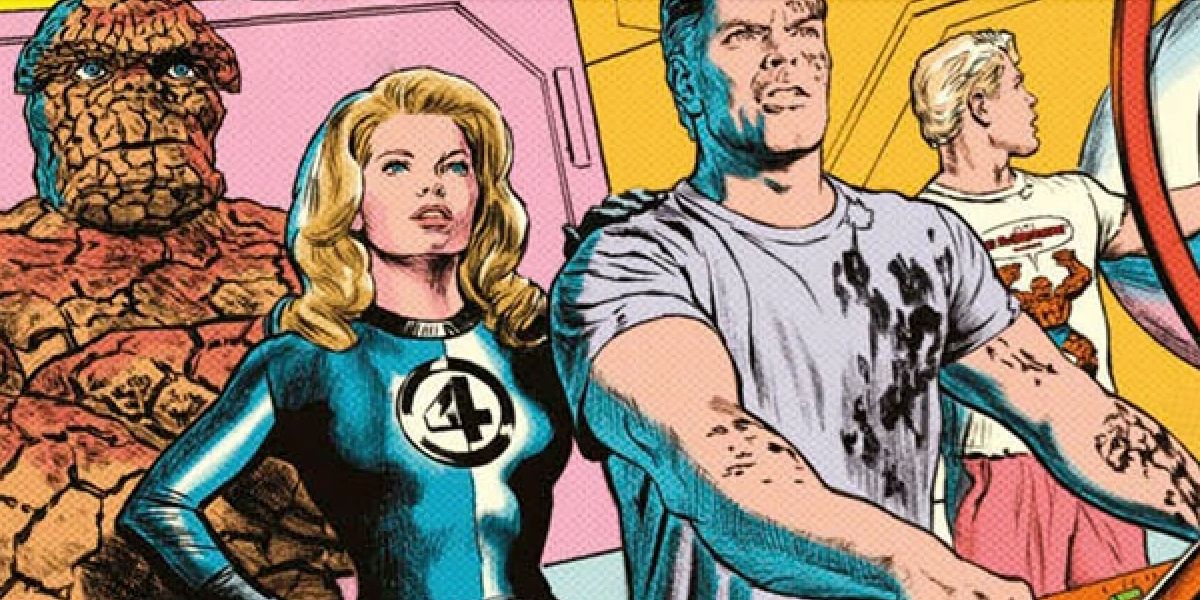 As reported exclusively by The Hollywood Reporter, Fantastic Four: Full Circle is the first graphic novel Ross has written and illustrated. The story takes place shortly after 1961’s Fantastic Four #51 (by Stan Lee and Jack Kirby) and sees Marvel’s First Family grapple with a threat that takes them into the Negative Zone after an intruder invades the Baxter Builder. Ross said he deliberately changed his unique, iconic art style to match Kirby’s work for the novel. “I wanted to present a version of the Fantastic Four as close to a Jack Kirby style he envisioned for the series as he created the characters,” he explained. “His style informed the first 10 years of their existence and it’s the shadow all artists have been working under for these last 60 years.”

Along with Kirby, Ross said he was influenced by Neal Adams when working on Fantastic Four: Full Circle. “Everything you see in my work is the DNA of Neal Adams affecting my generation,” he elaborated. “Whether or not I wanted to, I couldn’t not be a transmission of that influence. Neal Adams’ take on how to do dynamic realism, it changed everything in comics.”

Further preview images of Fantastic Four: Full Circle are available at The Hollywood Reporter. The graphic novel will not be published by Marvel Comics; rather, the publisher is licensing out the rights to Abrams ComicArts’ MarvelArts imprint.

Fantastic Four: Full Circle was first announced in Dec. 2021. Solicitation information for the graphic novel reads, “It’s a rainy night in Manhattan, and not a creature is stirring except for…Ben Grimm. When an intruder suddenly appears inside the Baxter Building, the Fantastic Four—Mister Fantastic (Reed Richards), the Invisible Woman (Susan Storm Richards), the Human Torch (Johnny Storm), and the Thing (Ben Grimm)—find themselves surrounded by a swarm of invading parasites. These carrion creatures composed of Negative Energy come to Earth using a human host as a delivery system. But for what purpose? And who is behind this untimely invasion? The Fantastic Four have no choice but to journey into the Negative Zone, an alien universe composed entirely of anti-matter, risking not just their own lives but the fate of the cosmos!”

“Alex and I have been working together for close to 30 years, when I was an editor at DC Comics and hired him to paint his very first book cover back in 1993, before Marvels was published,” Abrams ComicArts editor Charles Kochman said when the project was announced. “In Fantastic Four: Full Circle, Alex revisits a classic Stan Lee-Jack Kirby comic from the 1960s and introduces the storyline for a new generation of readers.”

The Master Chief Collection’ could still get microtransactions