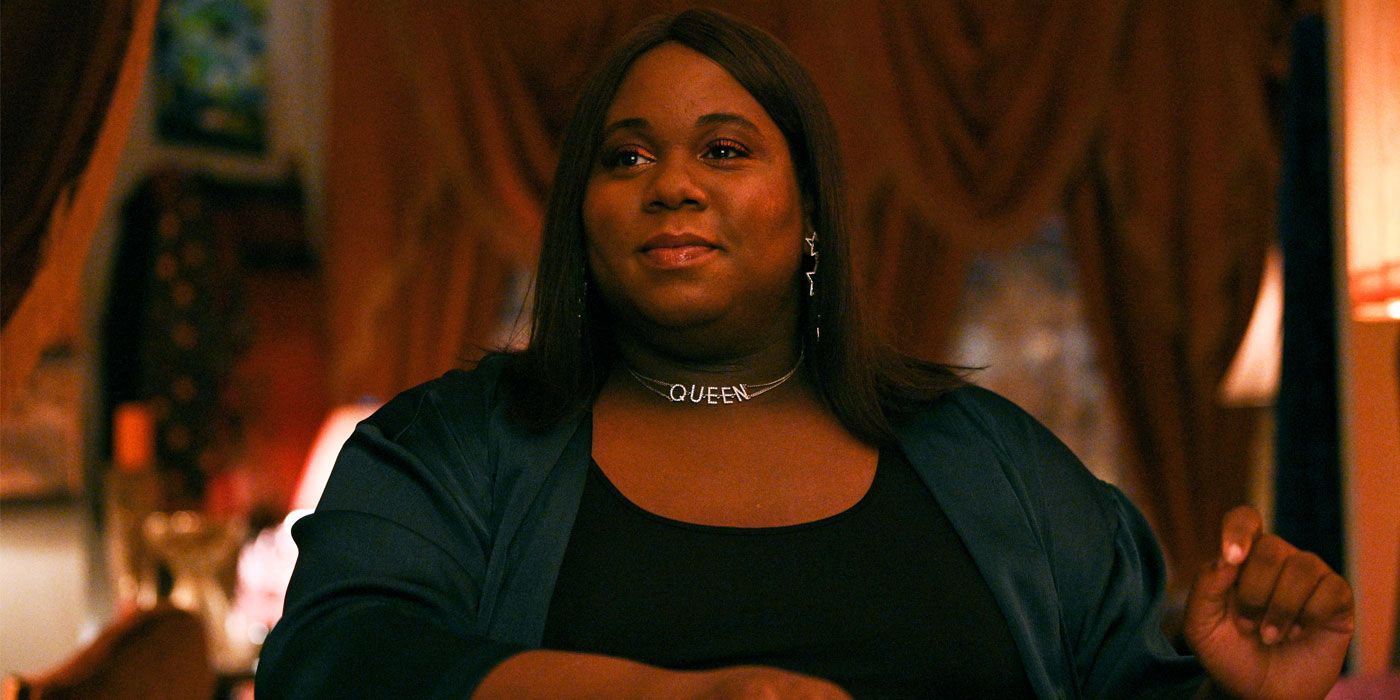 I’ve been lucky enough to cover Zoey’s Extraordinary Playlist a good deal, but I did miss out on talking to one key cast member during the show’s Season 1 run. Now, I’m beyond thrilled to fix that. Alex Newell was a major standout on the show as Mo, Zoey’s (Jane Levy) neighbor and good friend who’s always oozing with passion, energy and spot-on advice. As much as I love how Mo is written, Newell is effervescent in the role and it’s his next level talent in every department – comedic timing, cast chemistry, his incredible voice and then some – that’s key to Mo making such a significant impression and to being a character you just plain old can’t get enough of.

No doubt Newell’s vast skillset comes from downright phenomenal natural talent but over the years, he’s had the opportunity to hone his craft through a number of different mediums, beginning with reality television. Newell’s “big break” came courtesy of Oxygen’s The Glee Project and, in addition to paving the way to a role on Glee, that experience also taught Newell a slew of valuable lessons that he still applies to the projects he tackles today. Here’s how he put it during our interview:

“It was like musical theater, television bootcamp. Every day was a new lesson on how to perform in front of a camera and how to sing in a recording studio and how to act. We were working ungodly hours. They would turn the lights on in our bunk rooms at like six in the morning and then cameras were just fully in there. That show prepared me for everything. At 3 o’clock in the morning on set now, I’m just like, ‘What’s up? What are we doing? What’s next? We’re gonna do it again? Great! Fun! Let’s keep going!’ It honed in my craft and it really taught me all the lessons that I’ve used and given me all the tools that I use to this day.”

When it came time to step up to the big leagues, so to speak, and join the cast of Glee, Newell was basically a newcomer stepping into a well oiled machine.

“You’re coming to these people that have been doing this longer than you have and you have to be willing to listen and be malleable to the experience because you’re coming into their house at the end of the day, and I was going into something that they’ve cultivated, that they’ve made, the relationships that they’ve had already and you kind of have to push your way in without pushing your way in at the same time.”

Newell also took a moment to highlight specific lessons learned on the set of Glee, a key one coming from the late Naya Rivera:

“I learned so much from so many people on that show; how to do little things that they weren’t teaching on The Glee Project like finding my light. Naya Rivera taught me how to find my light. She was like, ‘You just always have to be in your light because if you’re not in your light, you can’t be seen.’ And I was just like, ‘What does that mean?’ She’s like, ‘Find the light and you will be seen!’ [Laughs] And I said, ‘Oh, okay!’ It’s stuff like that or just how to treat your body throughout those long hours and what you’re putting in it does come back out in a negative way, especially if you’re working 16-hours days, five days a week.”

Watching Newell on Zoey’s Extraordinary Playlist is like watching all of his past experiences coming together in a way that showcases the confidence he has in his abilities and the handle he has over how to bring them all to screen to best suit his character and the show overall. If you’re new to Zoey, trust me when I tell you that the character of Mo has a lot to offer – in the plot of the show, but also qualities and ideas that are well worth holding tight to in real life. So with everything Mo has to offer the audience, I had to ask Newell what quality of Mo’s he finds himself holding tight to most often. Here’s what he said:

“I think Mo is more fearless than I am. I’m extremely confident. I am very outlandish with my speech and tongue and expression, but there is also a second thought about a lot of things. And I do second think a lot of my decisions, my choices, how I say things, when I say things and Mo doesn’t. It’s kind of, if it comes up, it comes out and I adore that about this character.”

If you’d like to hear more about Newell’s journey to Zoey’s Extraordinary Playlist, check out our full chat at the top of this article! We also discussed what it was like for him when the Imaginary Friend pilot wasn’t picked up to series, how he had to adapt to the Broadway show format, and also a little bit about a certain business-related reveal that just happened on Episode 2 of Zoey’s Extraordinary Playlist Season 2.

If you need to play catch-up on the show, you can stream Season 1 on Hulu and enjoy Season 2 on NBC every Tuesday night at 8/7c.