Alaska firefighters help rescue a moose trapped in a home 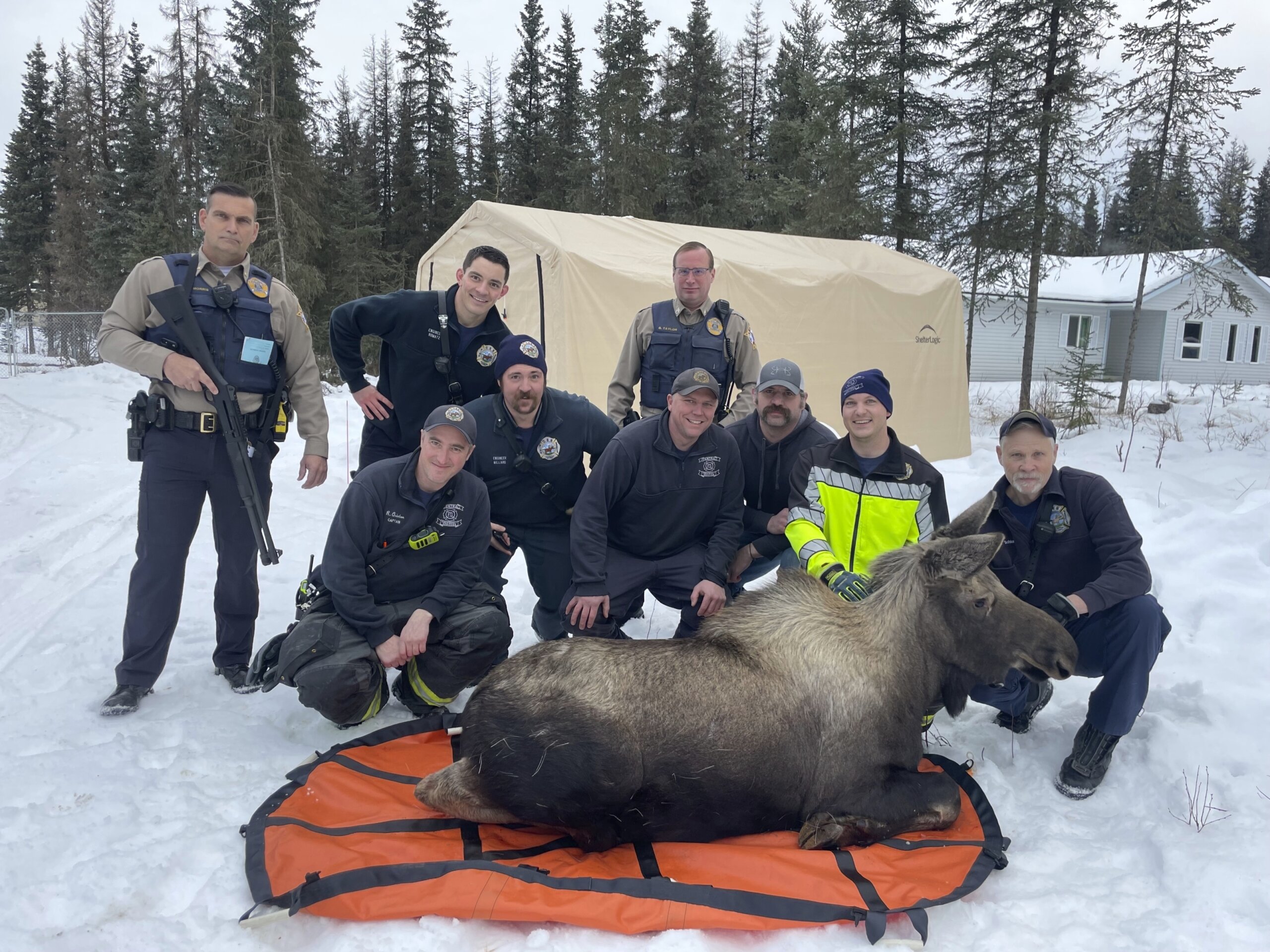 Firefighters in Alaska got an unusual request for assistance last weekend from the Alaska Wildlife Troopers, but it wasn’t your mundane cat-stuck-in-a-tree situation.

ANCHORAGE, Alaska (AP) — Firefighters in Alaska got an unusual request for assistance last weekend from the Alaska Wildlife Troopers, but it wasn’t your mundane cat-stuck-in-a-tree situation.

“They were looking for some help getting a moose out of a basement,” said Capt. Josh Thompson with Central Emergency Services on the Kenai Peninsula.

The moose, estimated to be a 1-year-old bull, had a misstep while eating breakfast Sunday morning by a home in Soldotna, about 150 miles (240 kilometers) southwest of Anchorage.

“It looks like the moose had been trying to eat some vegetation by the window well of a basement window and fell into it, and then fell into the basement through the glass,” Thompson said.

That’s where it was stuck, one floor below ground.

A biologist with the Alaska Department of Fish and Game was able to tranquilize the moose, but the animal wasn’t completely unconscious.

“He was still looking around and sitting there, he just wasn’t running around,” Thompson said.

Once sedated, the next problem was getting the moose — which weighed at least 500 pounds (225 kilograms) — out of the house.

Improvising a bit, responders grabbed a big transport tarp that’s typically used as a stretcher for larger human patients. Once the moose was in position, it took six men to carry him through the house and back outside.

Photos of the morning rescue show the moose unfazed, simply looking ahead between the two men maneuvering the front of the tarp down a hallway, watching where they are going.

Thompson said the moose just hung out for a while after they got outside until a reversal agent for the tranquilizer kicked in. The biologist also treated minor lacerations on the back of the moose’s legs from falling through the window, the Anchorage Daily News reported.

Once the sedative wore off, the moose apparently had his fill of human companionship and wanted to get back to the wild.

“He got up and took off,” Thompson said.