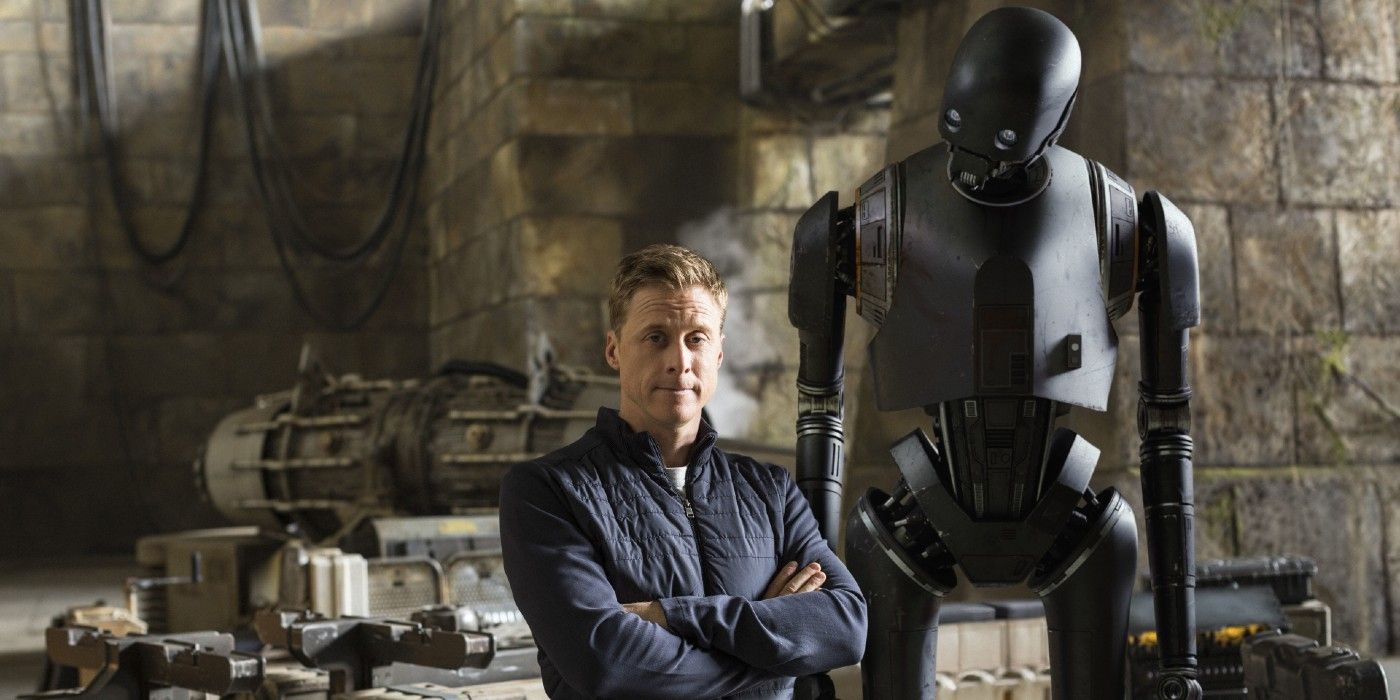 “Ok, so this scene is after we’ve met? Or before?”

It’s been a little over four years since we said goodbye to Jyn Erso, Cassian Andor, K-2SO and the rest of the ragtag band of mercenaries who gave everything to get the stolen Death Star plans to the Rebel Alliance in 2016’s Rogue One. Directed by Gareth Edwards (2014’s Godzilla), the Star Wars prequel went through extensive reshoots overseen by co-writer Tony Gilroy before it finally made it to theaters. And while the finished film was well-received by fans, it was an occasionally confusing project for the actors.

Speaking with Collider’s Steve Weintraub about his new series Resident Alien, Rogue One star Alan Tudyk (K-2SO) shared some of his memories of making the film, including the unique challenges presented by a script that was so often in flux:

“I definitely look back on it fondly. It was a challenge, in that the script was changing at a certain point…. There was a certain point early on where the story shifted. A new writer was brought in and things were changed. And so, I had met Jyn Erso’s character one way, and they even used it in the trailers where I say, ‘Hello, Cassian said you are a friend. I will not kill you.’ And people, when I would go to Comic-Cons would say, ‘Could you write that?’ I’m like, ‘It’s not in the movie, that quote!’ It was just an early version of how I met Jyn Erso. So things changed.We were on set and we’d be like, ‘Ok so this scene is after we’ve met? Or before? Oh, we just met in a new scene that happened.’ So that’s tough. That’s tricky. That can shake your faith. But in working with Gareth Edwards, I love working with him. And Diego Luna is a lot of fun. There were a lot of pictures on set, like from on set, pictures that I got to see, and there’s a lot of me and Diego, and I’m laughing. I’m just laughing my ass off a lot. And we went to Maldives! … And we went to Jordan! So we were flying all these places before they had built the thing they built for Mandalorian, where you go to Long Beach and you can be anywhere! You’re surrounded by all those screens. We were actually flying to places and doing the whole filmmaking thing, and waking up at whatever time in the morning to hook up with some Bedouins so they could take us to this one place that we could overlook to see Jedi. Seeing Stormtroopers on actual camels, and they’re like, ‘Eh, we’re gonna fix the camels later!’ That stuff was magic, man. Magic.”

Tudyk went on to clarify that although Rogue One was a movie that changed constantly during filming, the influence and vision of director Gareth Edwards is still very much present throughout:

“Tony Gilroy coming in at the end and doing all the rewrites… it was still the same thing, it just connected things a little bit tighter. But Gareth, man. K2SO would not be K2SO, the K2 that ended up in the movie, without Gareth, and without the decisions that Gareth made. All of the stuff, like lines that I said, where I was goofing around half the time because Gareth made it so much fun on set. That was so easygoing and so proactive, such a proactive director. Things that like, we get caught, I’m pretending that Cassian was a prisoner and saying [after] I hit him, “Silence! And there’s a fresh one if you mouth off again.” That stuff would not have made it in, that was just goofing around. And that was Gareth.. He let us goof around, and that ended up becoming a tone of the character throughout the movie and ended up in the movie finally.”

Tudyk isn’t done with K-2SO, either. The actor says we can probably expect to see the android again on the upcoming Disney+ series Andor, featuring Luna reprising his role as the Rebel captain, although we won’t see K-2SO until at least Season 2. Be sure to check back for more of Steve’s extended interview with Tudyk. Resident Alien premieres January 27 on SYFY.

Plus, he answers a fun question from his ‘Five-Year Engagement’ director Nicholas Stoller.

Star signs in order: What are the star sign dates? Why is Aries always first?