After years of following pro sports, League of Legends esports leagues are ‘finally free to be ourselves’ 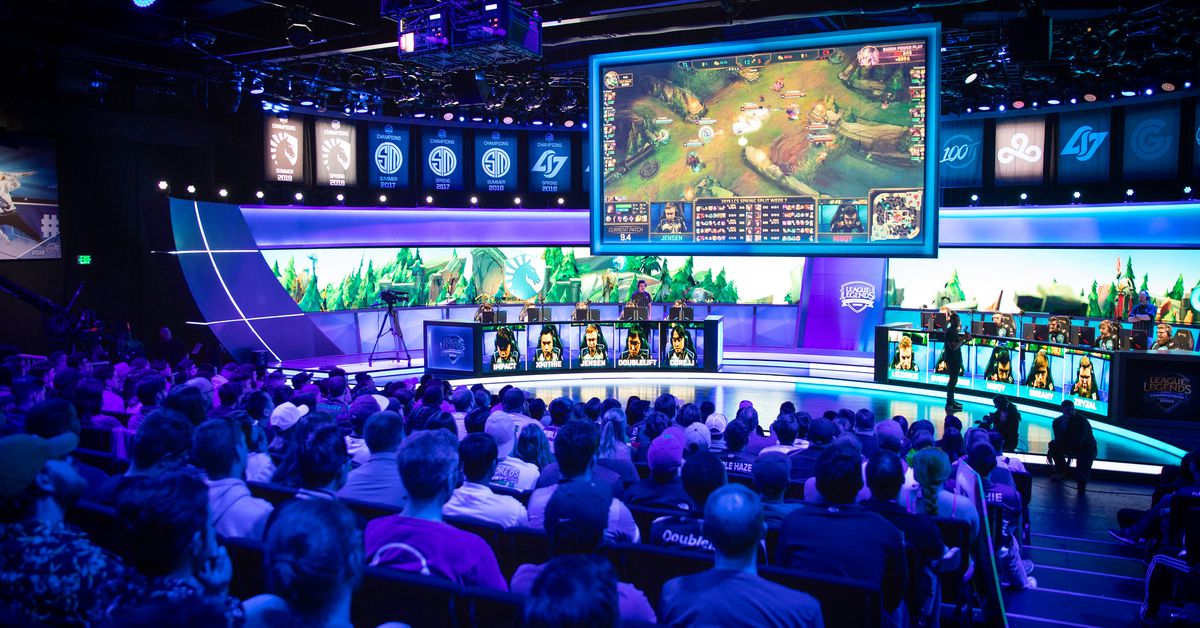 “We had this idea in the beginning that, because esports is a sport, and we wanted to be taken seriously, we should look like a sport,” he tells The Verge. “The LCS looked like the NBA on TNT. It was great for validation and for investors and sponsors to look and say ‘Hey, this looks just like a sport, therefore this is an easy translation.’ But we’ve outlived that.”

So starting in 2021, the league is making some big changes, both in terms of how it looks and how it’s structured. “We feel like we’re finally free to be ourselves,” Greeley says.

The most obvious change is visual. The league has a new logo — it’s a crystal made of the letters LCS — and a refreshed graphic design for broadcasts. Whereas the previous logo was a shield that wouldn’t have looked out of place in college football, the new one clearly represents a video game. It follows similar redesigns for the other top League competitions around the world, including Europe, China, and Korea.

(Greeley says the logo has received a mixed reaction from fans so far — which was expected. “People hate change. We’ve seen it from pretty much every esports rebrand,” he says, adding “You don’t want [a logo that] looks like it came off of a can of soup. It has to be resonant.”)

The idea behind the refresh, he says, is to give the LCS its own distinct voice in an increasingly crowded field. “It’s not just about a new color or a new logo, but it really is about how we’re going to follow with our broadcast and our content,” he says. “You’re not going to tune in this week and see a finished product. We’ll be iterating over the next year or two, but I think this is a really great start.”

“It’s not just about a new color or a new logo.”

To go along with this, the LCS is also introducing some major format changes, with a bigger focus on tournaments, including one to kick off the year that starts on January 15th. Previously, the competition closely resembled something like the NFL, with a slate of regular season matches culminating in the playoffs; the best teams then moved on to international competitions. The goal is to find a balance between the thrill of knockout tournaments and the familiarity of regular season play. “Tournaments are exciting,” Greeley explains. “The problem is, if everything is a tournament, if everything is meant to feel exciting, then nothing feels exciting.”

Despite problems caused by the pandemic, the LCS — along with many other esports leagues — experienced tremendous growth in terms of viewership last year. But the league struggled on a competitive level. At the annual League of Legends World Championship, North American teams were far behind the competition and didn’t pose much of a threat to the big clubs from Europe, China, and Korea. Much of the blame was put on the region’s developmental scene. Instead of encouraging up-and-coming local players, many LCS teams relied on aging or imported stars.

The league is hoping to change that with a revamped amateur system, with the goal of opening things up, so that the developmental squads for each LCS team — known as academy teams — are able to play in different tournaments against other amateur and college teams. This will culminate in an end-of-year tournament called LCS Proving Grounds.

According to Greeley, these changes were in the works prior to Worlds — but the feedback was still welcome. “The criticism around the need for NA to make changes to develop players, that actually was satisfying to hear, because I knew this was coming,” he says of the amateur changes. “We hadn’t announced it, it was nearly final at that point, but we were just figuring out how we were going to roll it out. When you’re developing a solution, and then everyone stands up and says ‘We need a solution,’ and it’s done and ready to show, that’s actually a pretty good feeling.”

2021 will also see the league continue to operate remotely. Typically, LCS matches take place in a Los Angeles studio with fans in attendance. That obviously hasn’t been possible during the pandemic, but Greeley says that this could slowly change throughout the year. The first step is to get the broadcast team in the building, and the hope is that by the time playoffs come around, players can be present as well. Viewers, meanwhile, will likely have to stick to watching on Twitch and YouTube.

“We’re not rushing getting fans back into the arena,” Greeley says.

How Dung Beetles Roll Their Food in a Straight Line | Science