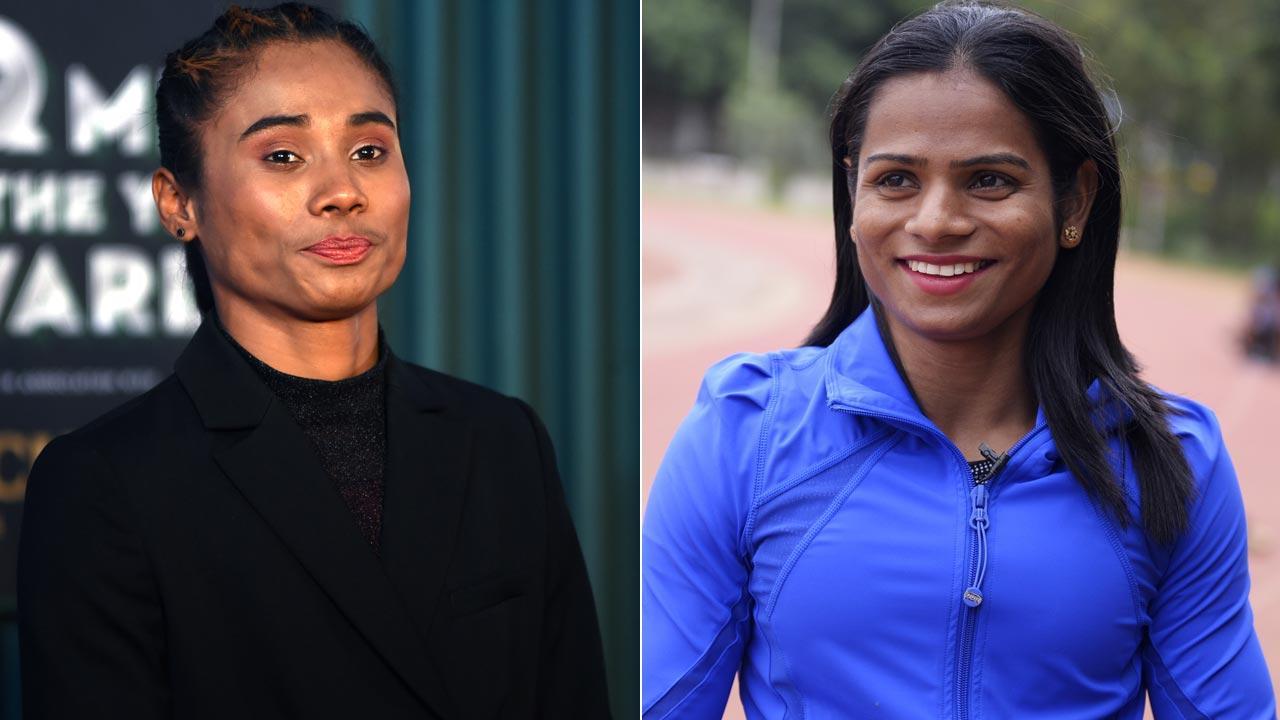 Star sprinters Hima Das and Dutee Chand will get one more domestic event in their bid to qualify for the Tokyo Olympics as the Athletics Federation of India (AFI) on Wednesday announced that it will host the Indian Grand Prix 4 on June 21 in Patiala. The decision to hold the fourth series of the Indian GP was taken after the AFI`s efforts to send a 40-member team, including Hima and Dutee, for competitions in Kyrgyzstan and Kazakhstan could not achieve success due to “changed quarantine rules” in those countries.

“AFI took this decision to provide additional competition to Indian athletes as the 40-member team will not be participating in the T Kolpakova International Competition in Bishkek (Kyrgyzstan) and the Qosanov Memorial in Almaty (Kazakhstan) later this month in view of the changed quarantine rules in those countries,” the AFI said. Hima and Dutee, who are yet to qualify for the Olympics, were to be a part of the 4x100m women`s relay team, which was earlier planned to compte in the two Central Asian countries.

The national federations of Kazakhstan and Kyrgyzstan have informed the AFI via e-mails that new restrictive measures mandating 14-day isolation had been ordered for those arriving from India, regardless of a negative RT-PCR test or even a vaccination certificate. “In view of that, AFI decided to drop the plan of sending the team as it did not make sense to have the athletes go through 14-day quarantine in either location for the June 12 and 13 and June 19 and 20 events respectively,” AFI President Adille Sumariwalla said. “We do not want to impact the training schedule of our athletes by making them go through a quarantine process with six weeks left for the Olympic Games. “We will now focus on providing them with good competition in the Indian Grand Prix and National Inter-State Championships from 25-29th June in Patiala.”

Denial of responsibility! My droll is an automatic aggregator of the all world’s media. In each content, the hyperlink to the primary source is specified. All trademarks belong to their rightful owners, all materials to their authors. If you are the owner of the content and do not want us to publish your materials, please contact us by email – [email protected]. The content will be deleted within 24 hours.
Athletics Federation of IndiaAthletics newsdutee chandhima dasIndian Grand Prix 4sports newsTokyo Olympics
0
Share

How to do a Reverse Image Search on iPhone and Android