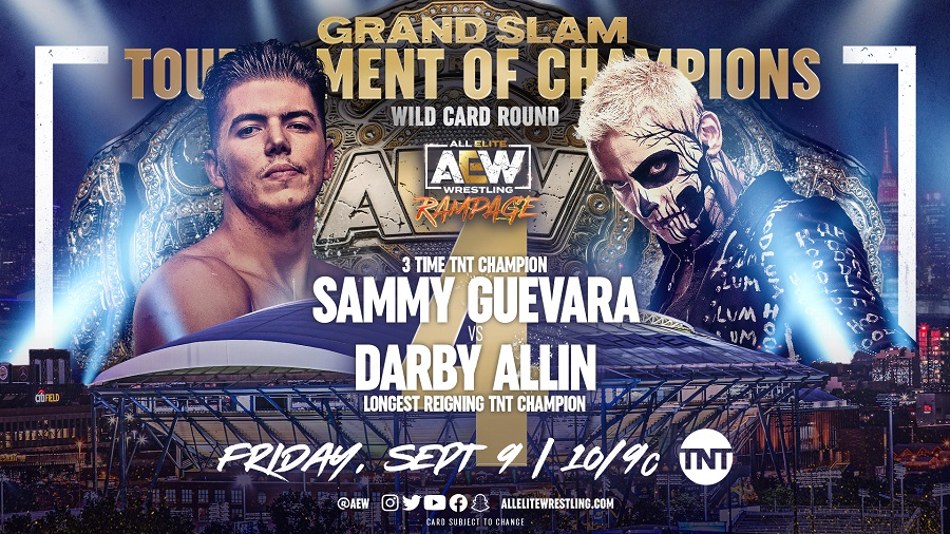 Kenny Omega and The Young Bucks also were stripped off their AEW World Trios Championships. Pac and Lucha Brothers captured the trios title last night itself. But, the next AEW World Champion will be determined two weeks from now, at the Grand Slam 2022 edition of Dynamite.

A tournament is now underway on AEW programme with the following lineup:

Last night, it was confirmed that Swerve In Our Glory (Keith Lee and Swerve Strickland) will put their titles on the line against The Acclaimed (Anthony Bowens and Max Caster) in a rematch from this past Sunday’s All Out PPV.

Swerve In Our Glory won the AEW Tag Team Championship back on Fyter Fest Night One in July, defeating The Young Bucks and the team of Powerhouse Hobbs and Ricky Starks in a three-way tag match.

As for next week’s September 14 episode of Dynamite, two matches have been confirmed. In the ongoing AEW World Championship tournament, Danielson will square off against the inaugural AEW World Champion, Chris Jericho.

Plus, the winner of the match between Sammy Guevara and Darby Allin will face Jon Moxley in the second semifinals of the Grand Slam Tournament of Champions. At A Glance the two confirmed matches are:

As for this week’s Rampage, it will feature an ROH World Championship defense where ROH World Champion Claudio Castagnoli will put his title on the line against FTR’s Cash Wheeler in the main event. Claudio’s last successful title defense came against Dustin Rhodes.

Sammy Guevara and Darby Allin will collide in a match in the second round of the Grand Slam Tournament. As noted above, the winner of the match will square off against former two-time AEW World Champion Jon Moxley on Dynamite next week, in the second semifinals.

At a glance, the September 9 episode of AEW Rampage card goes as follows:

Prince William, Kate Middleton beam as they drop off kids for first day of school