Addison Rae’s mom, Yung Gravy are in a ‘PR relationship’ 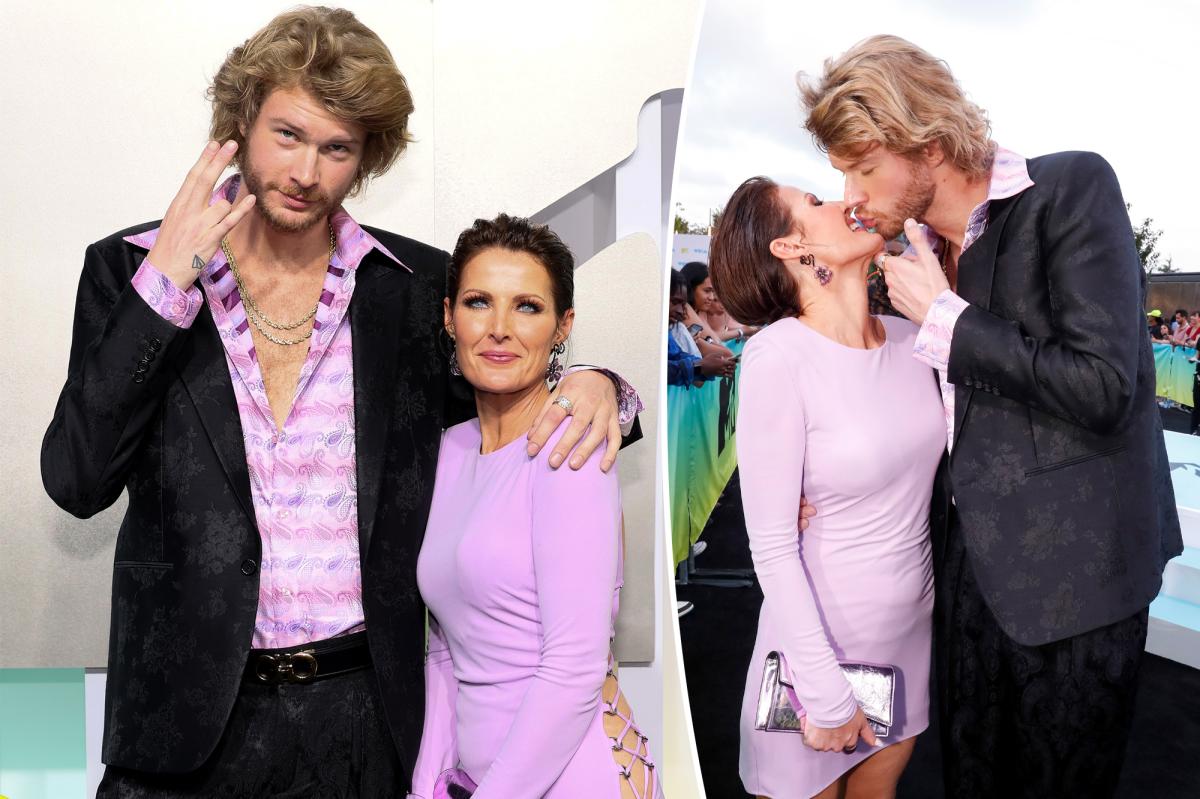 Is it romance or is it a ruse?

A source close to Yung Gravy told Page Six that they believe the celebrity rapper’s romance with Addison Rae’s mother, Sheri Nicole Easterling, is nothing more than “viral bait.”

“It’s a PR relationship. It’s kissing, but it’s not real,” the source claimed.

The insider further alleged that Yung Gravy — born Matthew Raymond Hauri — was actually talking with a 25-year-old, blonde female friend of theirs via Instagram.

On Sunday, the “Betty” rapper and Easterling, 42 had everyone buzzing when they arrived at the 2022 MTV VMAs together after her separation from estranged husband, Monty Lopez, 46, over cheating claims.

On the red carpet, Yung Gravy told Page Six that the two had met on “the internet” and had “FaceTimed” a couple of times before meeting up in person.

However, the source told us that Easterling might have other reasons for why she started dating Gravy.

The source alluded that because of Lopez’s alleged affair with 25-year-old Renée Ash, Easterling “is going to find the hottest young boy — and it would be Pete Davidson if she could have landed him, but the best case scenario is Yung Gravy.”

Reps for Gravy and Easterling did not immediately respond to Page Six’s request for comment.

Following the PDA-filled night, Gravy took to social media to defend Easterling from all the internet hate.

“she’s newly single and living her life. leave her alone lol,” the musician wrote on Twitter in response to a video of him kissing his new love interest on the red carpet.

However, Rae doesn’t feel the same way. A source told Page Six on Tuesday that the TikTok star is “mortified” by the drama her parents are involved in.

“Addison has seen her parents go through a lot of ups and downs over the years, but everything going on right now has been particularly overwhelming for her,” the source shared.

Denial of responsibility! My droll is an automatic aggregator of the all world’s media. In each content, the hyperlink to the primary source is specified. All trademarks belong to their rightful owners, all materials to their authors. If you are the owner of the content and do not want us to publish your materials, please contact us by email – [email protected]. The content will be deleted within 24 hours.
celebrity couplesrumorsvmas 2022
0
Share

The Android 13 beta is finally here for the Galaxy S21