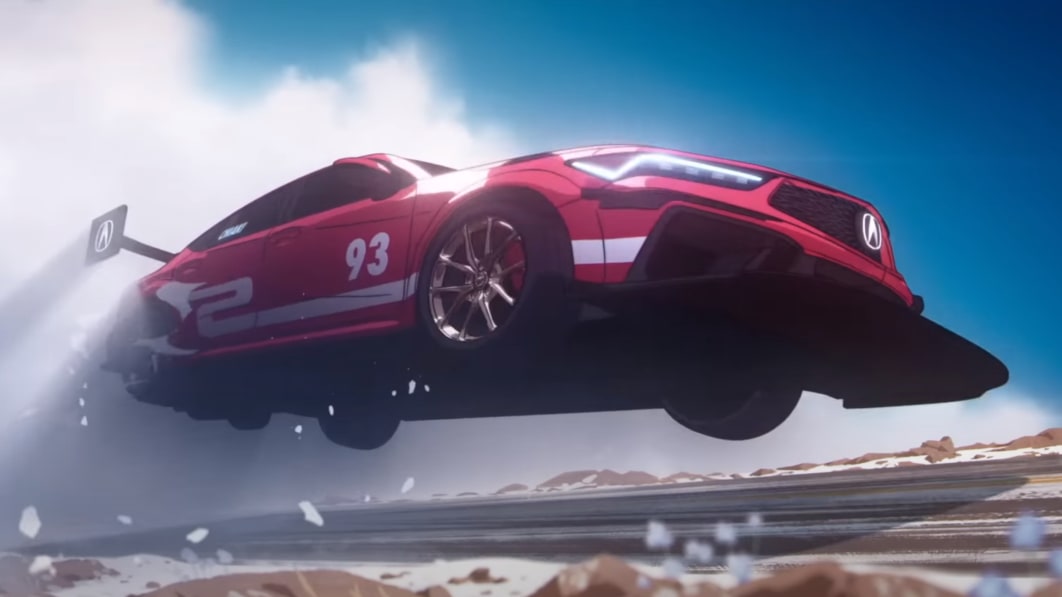 A year ago, Acura introduced the world to a new anime car-racing protagonist named Chiaki who featured in a series of shorts called Chiaki’s Journey. The mini films were a celebration of the Sundance Film Festival in Park City, Utah, Japanese anime, the automaker’s fuller Type-S lineup, and the new Acura Integra. A year on, Acura is presenting sponsor and official vehicle at Sundance for the 13th year in a row, so Chiaki’s back with new friends and a new ride. As part of a multi-platform ad campaign called “New World. Same Energy,” the Japanese luxury brand takes viewers on a tour of “the Acura multiverse” of Type S models set to the soundtrack of Motlëy Cruë’s “Live Wire” from 1982.

As with anything set to a Motlëy Cruë song, the video is wall-to-wall fever. Here’s Acura’s quick map of the kaleidoscopic cosmic terrain traversing six worlds:

Because the Integra Type S in the ad (at 0:38) is a Pikes Peak hill climber, it’s bolted up with some equipment we definitely will not see on the options list when the production version arrives this summer. The Acura Precision EV Concept is treated more like something from this universe, previewing the styling of the 2024 Acura ZDX and ZDX Type S we’re going to meet later this year. Acura says the “New World. Same Energy” campaign will run through March Madness.