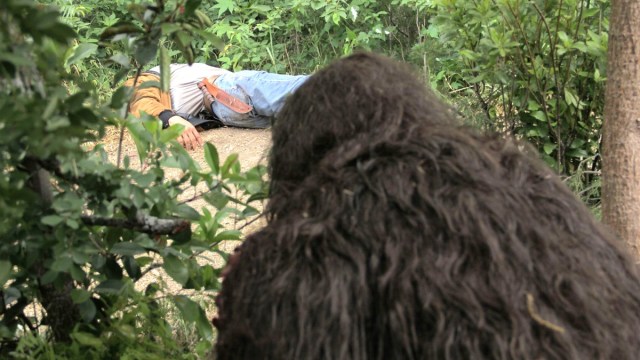 Vampires, werewolves, demons, and countless other supernatural entities have been the subjects of dozens upon dozens of feature film adaptations, but how many great Bigfoot movies have there been? Not many, that’s for sure, but the jury is out on whether 2014’s Exists deserves to be called one of them.

Based entirely on the found footage terror’s respective Rotten Tomatoes score of only 33 and 29 percent from critics and audiences, you’d have thought not. And yet, a Reddit thread attempting to drum up support for the overlooked and largely-forgotten backwoods nightmare has been finding a surprising amount of users in agreement that it’s an underrated gem.

Directed by The Blair Witch Project co-creator Eduardo Sánchez, Exists made the most of its limited budget by leaning into the handheld gimmick in order to cover up the obvious limitations, even if the Sasquatch who ends up terrorizing five friends who head off into the remote forests to spend the weekend at a remote cabin does look pretty good in motion all things considered.

Attack the Block‘s Joe Cornish recently admitted that he’s desperate to give Bigfoot his due in live-action, but until that day does or doesn’t come, Exists will have to do. It’s ambitious without a doubt, but the fact we’re nearly a decade removed from its original release and a consensus still hasn’t been formed on whether it’s an overlooked classic or a deservedly derided shambles paints a vivid picture of the many reasons why one of America’s most enduring myths hasn’t gotten a fair shake of the cinematic stick.