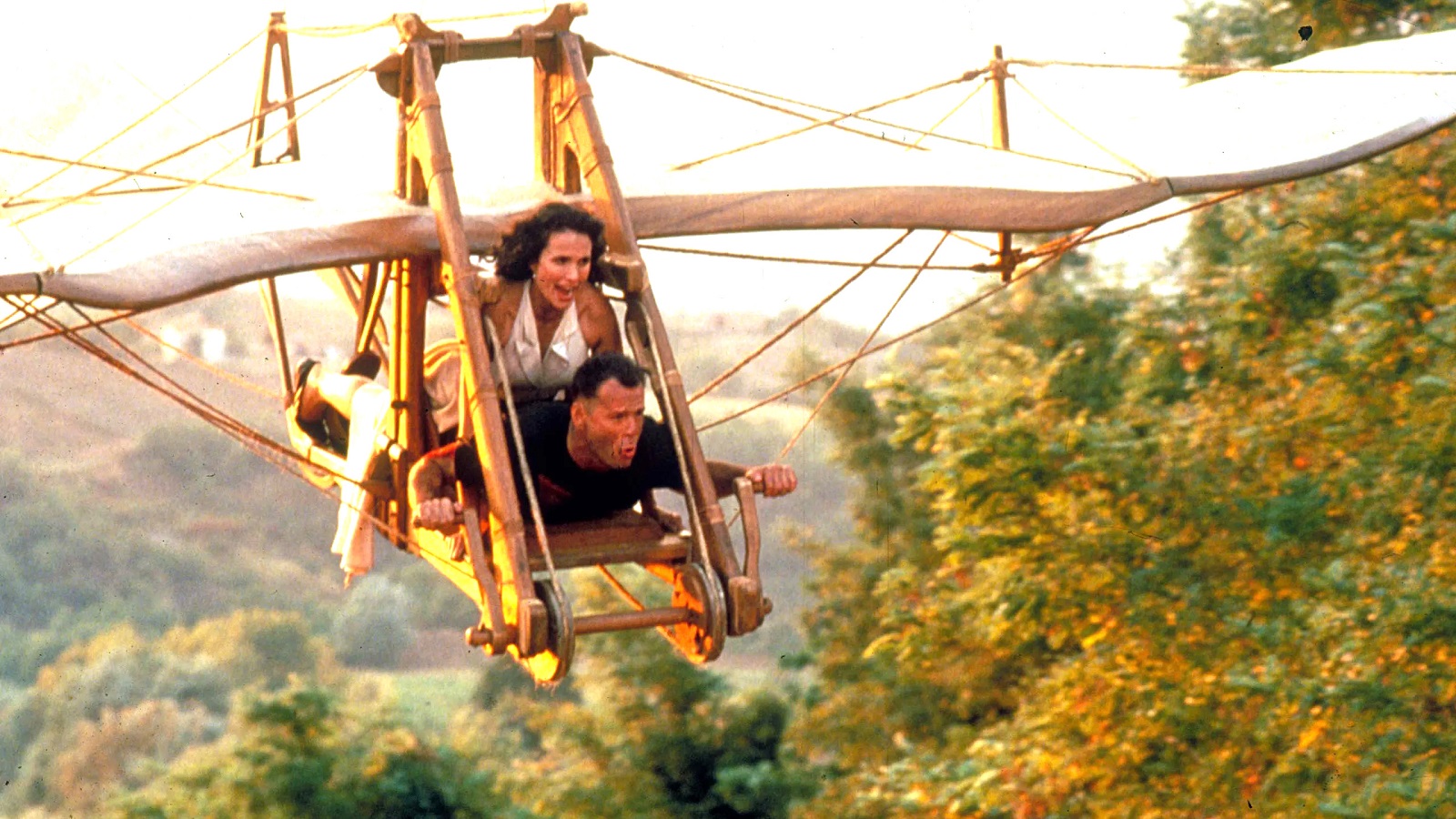 When you’re one of the biggest movie stars in the world, you get to indulge in the odd “one for them, one for me” mantra that allows you to sneak a passion project or two through the cracks in among the blockbuster actioners and box office bonanzas. For Bruce Willis, that moment came in 1991 with the release of Hudson Hawk, but things didn’t go so well.

Not only did the Die Hard icon play the lead role and co-write the story with Robert Kraft (which was then hammered into a screenplay by Steven E. de Souza and Daniel Waters), but he also performed two songs on the soundtrack by teaming up with Danny Aiello for “Swinging on a Star” and “Side by Side”.

Make no mistake about it; Hudson Hawk is a very strange and bizarre film, blending slapstick comedy, cartoon sound effects, conspiracy theories, secret societies, and even more outlandish elements into a plot following Willis’ notorious thief, who gets released from prison before immediately being roped into a scheme concocted by Richard E. Grant’s offbeat antagonist.

Self-indulgent, a touch pretentious, and exceedingly strange, Hudson Hawk did manage to do a turn at the box office after earning $95 million on a $65 million budget, but it bombed domestically. Not only that, but reviews and general reception weren’t even kind enough to see it become a cult classic, although that does remain up for debate.

However, Hudson Hawk has been finding unexpected new life on Netflix this week, with FlixPatrol outing it as being on the cusp of breaking into the platform’s global Top 20. It’s officially a Top 10 hit in nine different countries, so the oddly irreverent misfire could be in the midst of a full-blown renaissance.

The Sandman – What did you think?

Hulk is Headed 1,000 Years Into the Future in a New Planet…

Chris Maltese Joins Vydia as a Director of Label &…

A volcano is erupting again in Iceland. Is climate change…