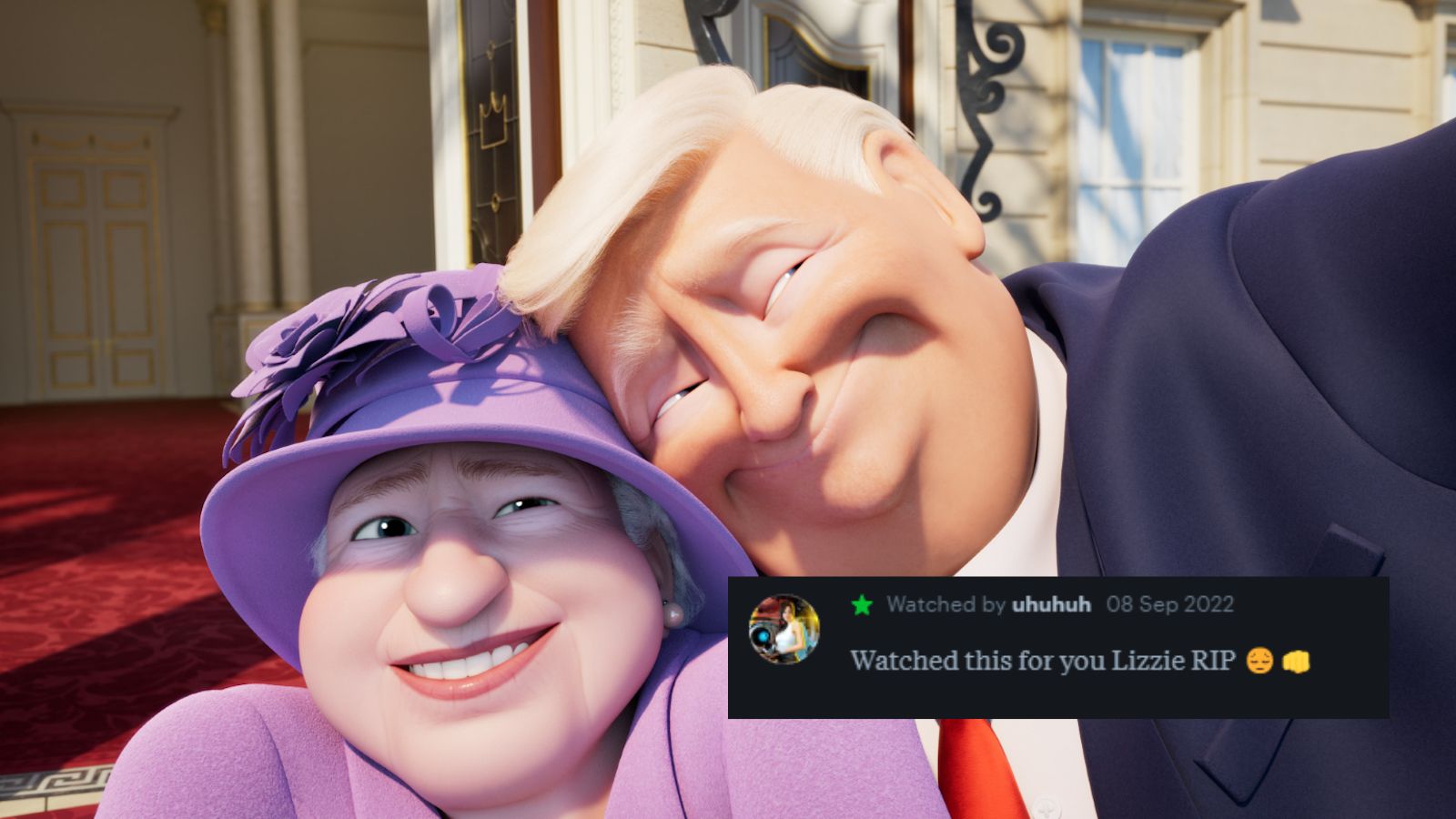 Much like the 1986 album by The Smiths, The Queen is Dead. As the world reacts to the to the death of the second-longest serving monarch in world history, they’re revisiting a truly awful film with Her Majesty.

A little known about an critically ignored film featuring the Queen and her corgis, aptly titled The Queen’s Corgi, has seen a sudden rise on Letterboxd thanks to her passing, because this is what she would have wanted.

Starring not only the Queen, but also Prince Philip and Donald Trump, it is an utterly ignored film that should rest in peace much like her late majesty. A Belgian computer animated film inspired by Elizabeth II’s known love for corgis, it sees one unfortunate pup get lost and embark on his journey back home.

This ordeal is due to a visit by Melania and Donald Trump, because the animated world hadn’t suffered enough from budget cuts. It has a surprisingly decent voice cast, with it strangely featuring different casts between its United States and United Kingdom versions. Little Britain’s Matt Lucas stars in the British version, as well as Tom Courtenay who had been knighted by the Queen herself.

Thankfully, this film will be mostly forgotten to the annals of history. Its critical reception was incredibly negative, with it in an elite list of films sitting at a zero percent approval rate on Rotten Tomatoes, and a brilliant review from The Independent which described it beautifully as “deeply unpleasant and in no way suitable for children”.

At least Letterboxd users are enjoying this nightmare film, with reviews flowing in thick and fast as news broke of Elizabeth’s death. Yes, they went straight for the jugular in their reviews, and it’s most definitely not a safe space for monarchists.

If you’re a glutton for punishment, you can unfortunately rent The Queen’s Corgi on Amazon Prime Video, iTunes, and Google Play.

Queen Elizabeth II is dead at 96. Her remarkable reign, explained.