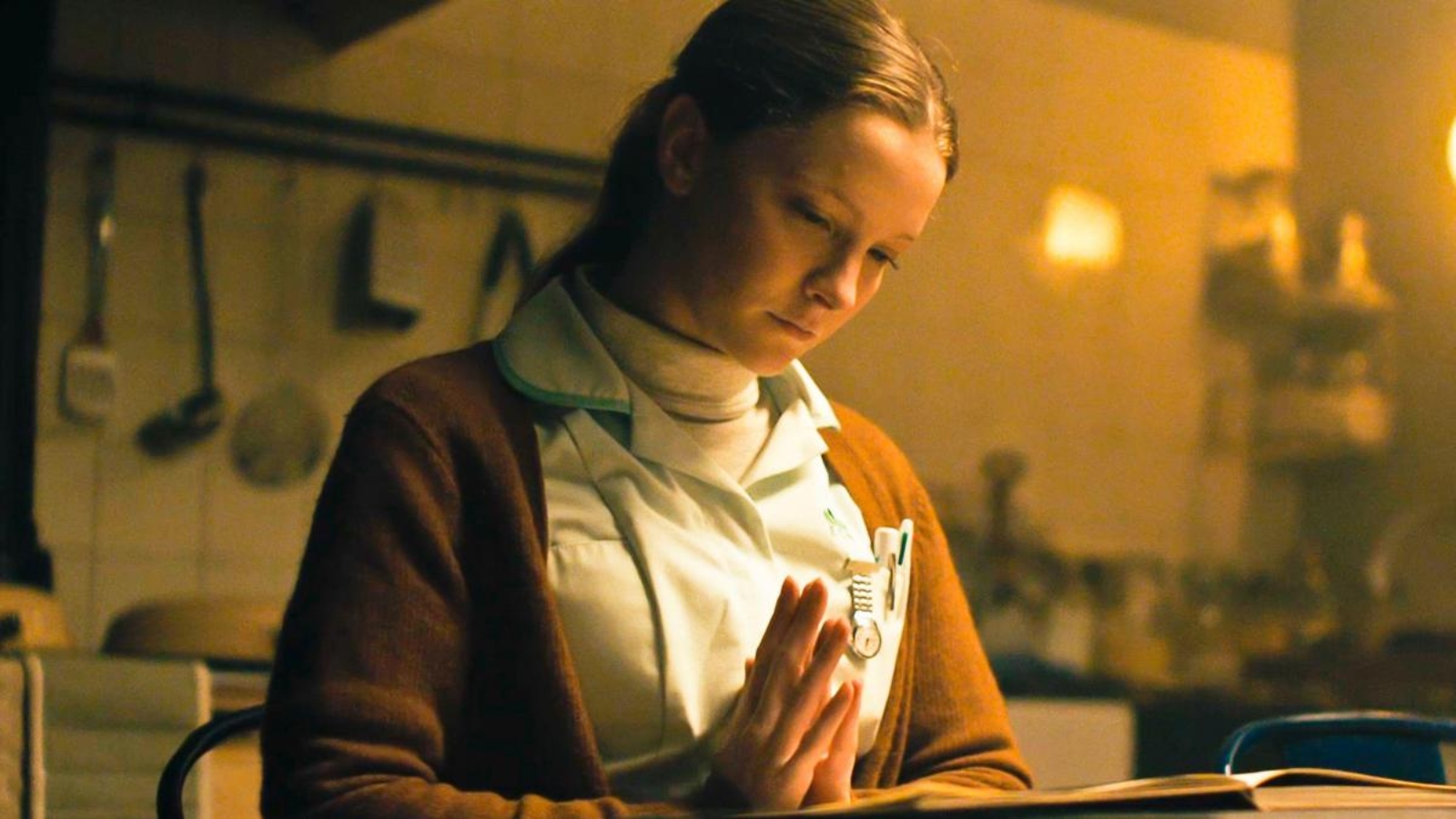 Horror might be the only genre where the best movies often tend to fly so far under the radar barely nobody even notices they exist until it’s too late, with the $1.4 million box office haul brought in by Rose Glass’ striking Saint Maud making it the latest in a never-ending line of spooky sensations that find a huge audience long after their initial theatrical release.

Mike Flanagan, who knows a thing or two about atmospheric chills having become one of horror’s most famed modern auteurs, couldn’t speak highly enough of the psychological nightmare that fully deserved the overwhelming critical acclaim that saw Saint Maud secure a mighty 93 percent score on Rotten Tomatoes from close to 200 reviews.

The Lord of the Rings: The Rings of Power breakout Morfydd Clark plays a reclusive nurse who finds solace in religion. However, when she’s placed in the care of Jennifer Ehle’s cancer-stricken former dancer, her faith transforms into something much closer to an obsession, with the god-fearing medical professional now determined to save the soul of her latest charge from eternal damnation.

Saint Maud has slowly but surely been gathering momentum among diehard horror aficionados, and it’s now parlayed that popularity into sustained success on streaming. As per FlixPatrol, the haunting parable has become a regular fixture on Chili’s Top 10 most-watched list, over two years after initially releasing theatrically and on-demand to unfairly little fanfare.

Writer and director Glass was instantly established as a talent well worth keeping an eye on through a stunning feature-length debut, and we’re very curious to see what she comes up with for sophomore effort Love Lies Bleeding.

Tesla Model 3 refresh coming with even more controls via the display, sources say